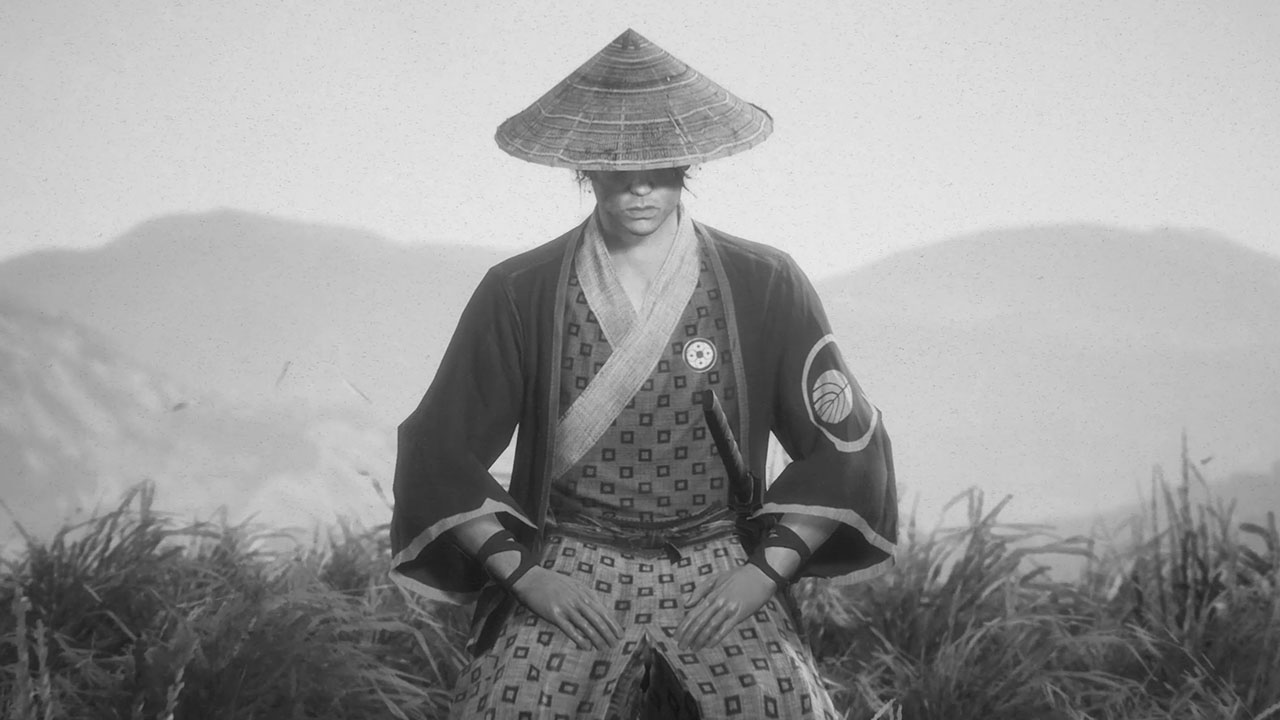 Being a huge fan of Japanese, and especially samurai culture, it has been quite a good time in gaming in recent years. The excellent Ghost of Tsushima delivered stunning visuals, excellent gameplay, and was a fitting homage to its inspirations, and jumping into Devolver Digital’s Trek to Yomi for a preview, my expectations were obviously high.

Since it first burst onto the scene in June 2021, with the distinctive black and white art direction and cinematic presentation, one might have wondered if that was all just marketing spiel. Thankfully, I am happy to report that Trek to Yomi is the real deal, and gamers need to get themselves ready for a tour de force that looks amazing and plays well too.

Right from the start, there is no mistaking that much focus has been put into the presentation of the game. From the excellent voice-acting to the breathtaking camera angles that showcase the beauty of every scene even in the absence of color, the moment-to-moment gameplay is akin to bringing an artistic masterpiece to life.

Learning the ropes from our master, the controls are simple enough to understand intuitively, with katana slashes, blocking, and parrying all part of young Hiroki’s arsenal. Despite what looks like a straightforward combat system, there is much depth to it just like the visuals of Trek to Yomi, with combos and counterattacks gradually integrated into your moveset.

As expected, trouble comes knocking, and we are left to chase after our master alongside our childhood companion Aiko. This brings the first opportunity to explore the world in Trek to Yomi, albeit the starting village. Life is bustling around here, with townsfolk going about their business, it is remarkable to see just how much there is going on, and the purposeful use of just black and white just pulls everything into focus even more.

The game also features secrets and collectibles to be found by venturing off the beaten path, giving players more incentive to test their limits and be rewarded with even more. You might get a health or stamina upgrade, or items that help flesh out Hiroki’s story, and probably best of all, you get to witness the visual quality on show at every juncture.

Every scene is like a diorama, full of intricate and tiny details, and it is hard not to stop and marvel every time you step into a new area. The sort-of fixed camera angles do the job really well, helping players to get the lay of the land, while making sure they know exactly where to head to next when it comes to progressing the story.

After helping to push an old man’s cart out of the way in one of the game’s many useful tutorial sections, we find ourselves face to face with our first proper enemy, a bandit thirsting to cut us down. Trek to Yomi does feature several difficulty levels to choose from, and on the balanced Bushido difficulty, there is certainly more room for error.

Enemies are relatively aggressive, but also play smart in trying to outnumber Hiroki. Combat takes places on a 2D plane, like a fighting game, and knowing how to thin the numbers and not get caught with your back exposed are all important aspects of Trek to Yomi’s combat. Spotting opportunities to get a quick hit in, parrying and countering, or even using projectiles can make you a better samurai, and every kill is as satisfying as the next.

Shift things up to the Ronin difficulty, things get even hairier, as enemies are hardier and more dangerous if you get too greedy. For those that can master the system and deliver the killing blow, this is a great way to experience a well-balanced combat system, and with one more unknown difficulty level yet to be revealed, I can already imagine the skills required to overcome the challenge.

Add to that a variety of different enemies and bosses, players will have to be on their toes to survive, or risk losing progress after reviving at the nearest shrine. Trek to Yomi also does a great job on the music front, evoking a sense of tranquillity in the more quiet moments, punctuated by adrenaline-pumping sections that get you in the mood for battle.

From Hiroki as a child to growing up as an adult, losing his master and becoming the sworn protector of his hometown, it is obvious we will have a journey ahead of us in Trek to Yomi. In lieu of spoilers, just know that the game delivers on the emotional stakes, with twists and turns to come, and give players the chance to redeem themselves in the face of tragedy.

With the game slated for a release later in 2022, we hopefully do not have to wait that long to fully experience everything Trek to Yomi has to offer. The samurai tale will arrive on PlayStation 4, PlayStation 5, Xbox Series X and Series S, Xbox One, and PC.