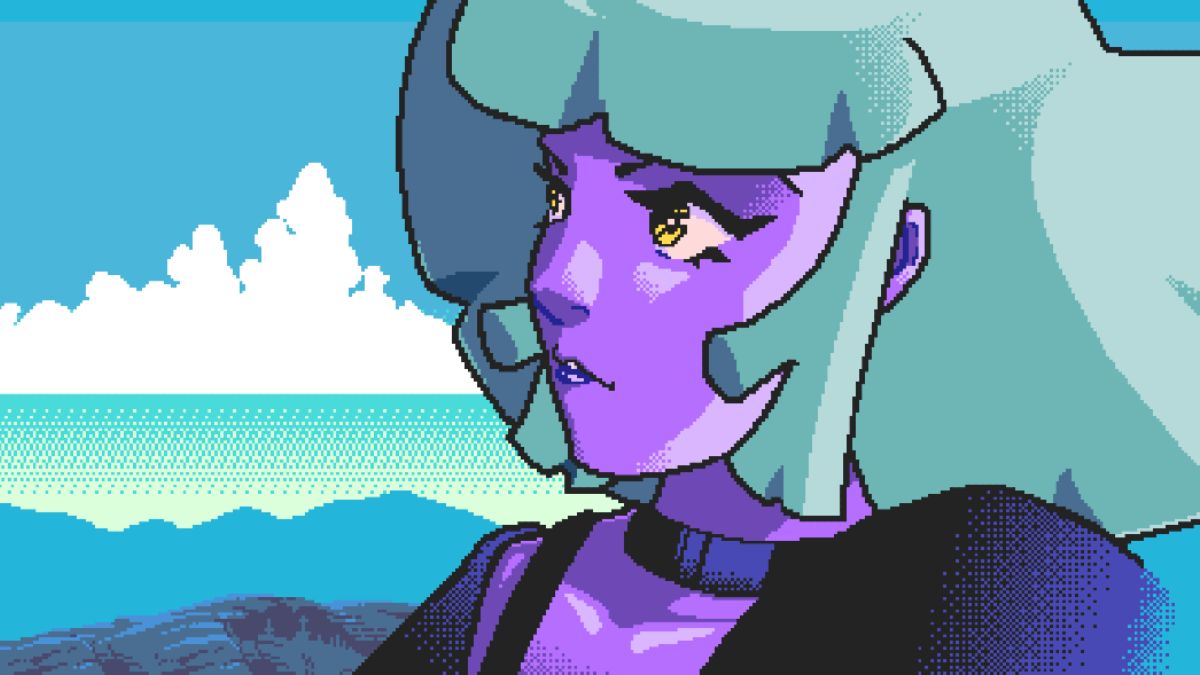 When 2064: Read Only Memories was released in 2015, it encapsulated fans thanks to stellar pixel art, amazing characters, and an enthralling story. Just over seven years later, MidBoss hopes to capture that same spirit with the sequel, Read Only Memories: Neurodiver.

In this single-player adventure, players control ES88, a telepath with the ability to delve into memories. Using these powers, and a creature known as a Neurodiver, the psychic detective must chase down a rogue esper who has hidden away in other people’s memories, solving puzzles and making friends along the way.

I was able to get a quick preview of what fans can expect in Read Only Memories: Neurodiver, and there are already some noticeable differences. The first thing that is noticeably different is that the sequel looks even more visually impressive.

Sure, 2064: Read Only Memories looked beautiful too, but the next installment features even more detail than the first. Character portraits are more expressive, animations are snappier, and movement is pixel-perfect.

According to MidBoss’s Creative Director John “JJ” James, the team used everything they learned from the first game to add those small details. Interestingly enough, they also chose to limit the number of colors that can be displayed on screen all at once to give that natural color shift that older games used to have.

This simultaneously gives Read Only Memories: Neurodiver a retro and modern art feel to it, making for some really unique visuals. Alongside these visuals, gameplay has also been tweaked a bit for the sequel.

Instead of a bunch of different minigames, like maps and puzzles, Read Only Memories: Neurodiver only focuses on one simple gameplay element. In order to dive into memories, ES88 must find items that are linked to those specific memories and put them into a fragment so that they can be repaired.

This choice to streamline the gameplay to one particular puzzle element feels like the right choice. I can’t tell you how many times I would get a map puzzle and would sigh, as some of them were just so unnecessarily convoluted (cough, cough, Dekker).

Since fragment memory repairs are the main puzzle element in the game, Read Only Memories: Neurodiver’s rich stories and characters can now take their place at the center screen. And despite the fact that I spent less than an hour in the preview, I can already say that, just like the original, it looks like the sequel will have an abundance of both.

ES88 is charming, quirky, and hard not to love regardless of which of the three dialogue options you choose from. Whether it was the brief interactions the character has with the prank-obsessed scientist, Harold, or the reactions to the handful of jump scares that occurred during the preview, it was hard not to love how genuine the writing for ES88 comes across.

The promise of returning characters like Tomcat and Turing is also an exciting story element to look forward to, as we get to see how much of a role the original characters will have in the mystery this time around. For now, we will simply have to wait until Read Only Memories: Neurodiver arrives on PlayStation, Xbox, Nintendo, and PC later this year.

While you wait, be sure to check out our interview with MidBoss’s Creative Director, John “JJ” James, and CEO, Cade Peterson, which features plenty of great information about the process behind creating the game.