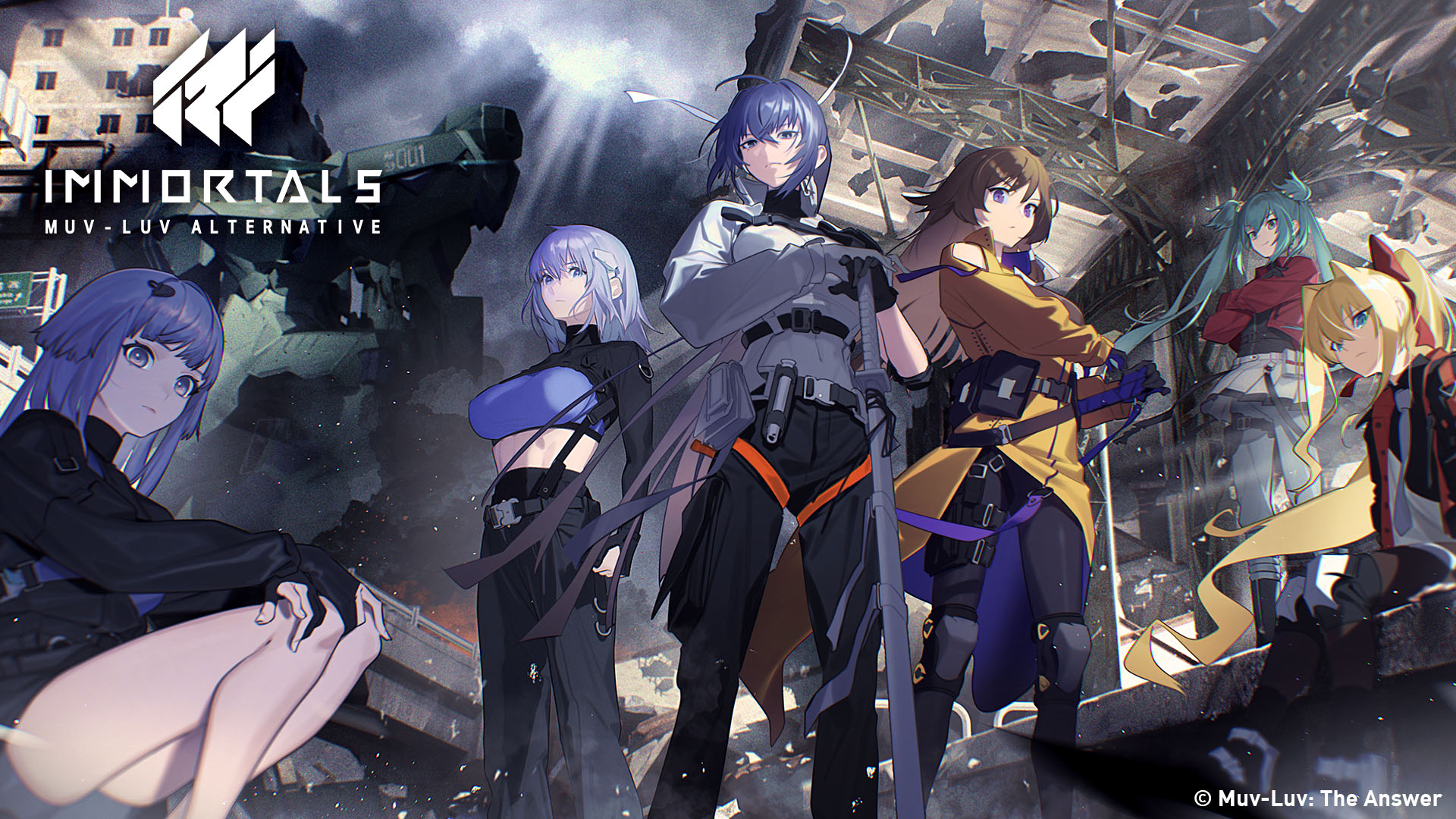 We also get individual art for each heroine on top of a TSF mecha, the Type-82R Zuikaku.

Immortals: Muv-Luv Alternative is a mobile game for iOS and Android that will release in Japan in March. You can also check out the previous gameplay trailers and another,