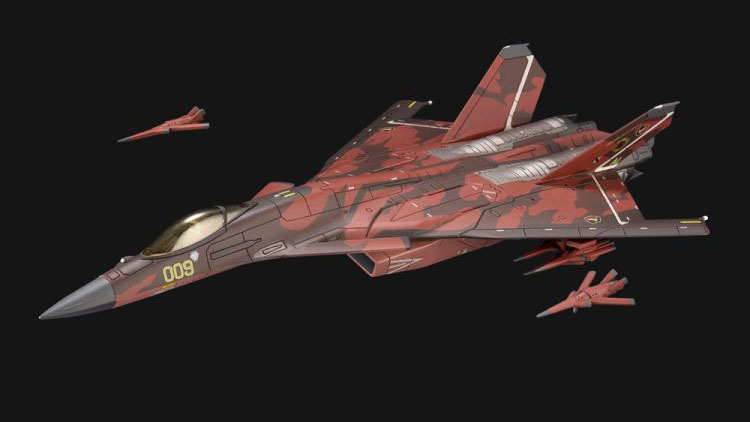 Kotobukiya hosted its Collection Online 2022 Winter event and had an exciting reveal for Ace Combat fans.

The brand is releasing two plastic model kits of the iconic CFA-44 Nosferatu fighter, which debuted in Ace Combat 6: Fires of Liberation and has recently been featured as a DLC in Ace Combat 7: Skies Unknown.

It’ll come in a painted version in the colors of the Vampire Team of the Estovakian Air Force, piloted by Ilya Pasternak, and in a “For Modelers Edition” that will be provided unpainted.

The second kit does pretty much what it says on the tin, offering hobbyists the chance to paint the model however they want. This is a staple of Kotobukiya’s Ace Combat models.

It’ll come with various weaponry options including the UAV-45 “Malebolge” and the EML “Purgatorio.”

You can check out what both editions look like in the gallery below. The “For Modelers Edition” is showcased in Ace Combat 7 colors.

If you’d like to know in detail why  Ace Combat 7: Skies Unknown is so good and has become the most successful game of the series,  you can read my full review.