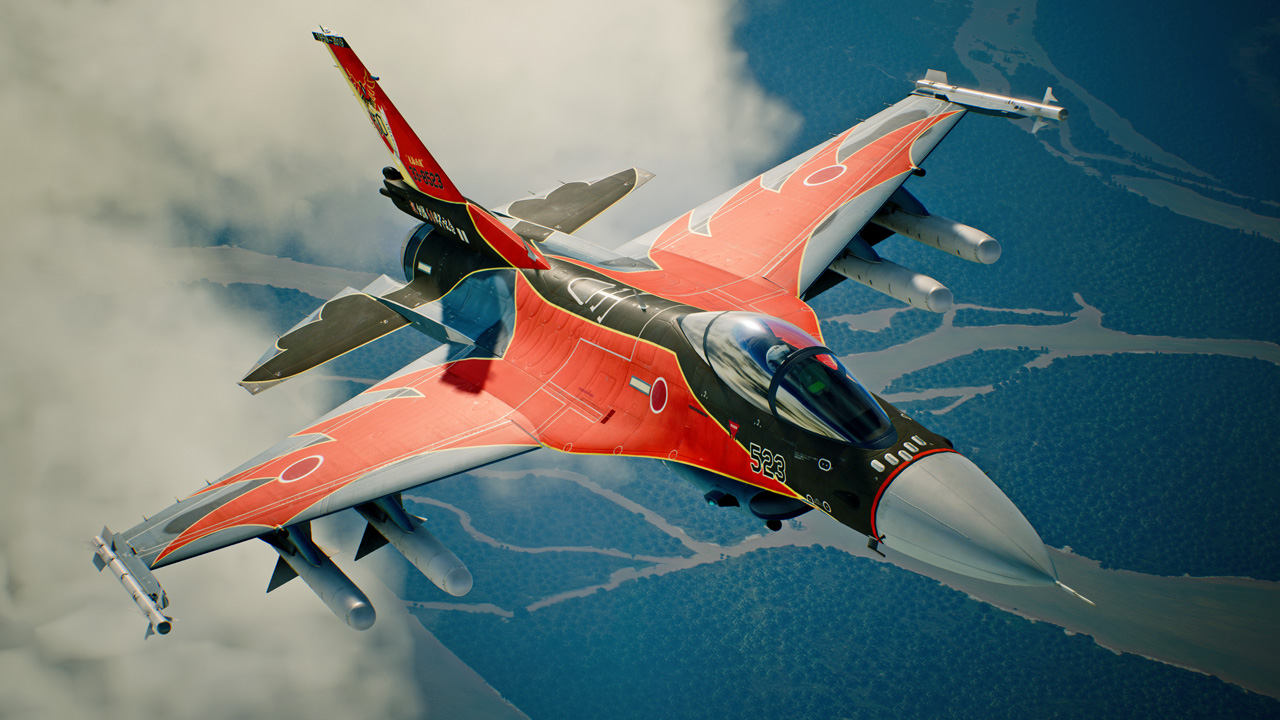 First of all, we get to see new screenshots of the upcoming Ace Combat 7: Skies Unknown DLC that will be released on August 31 including new skins inspired by squadrons of the Japan Air Self Defense Force. On top of that, the publisher also released celebratory art for the milestone of 3 million copies shipped.

You can find them all in the gallery below.

We also get a more detailed explanation from Ace Combat brand director Kazutoki Kono, offering 5more insight into the future of the series.

Kono-san explains that normally he doesn’t talk about future things which he doesn’t know how will turn out, but he has promised the fans that what he can do, he will. At the beginning of 2021, he gave himself the task to connect what he wanted to do with what he should do and has done his best to make it happen so far.

With the support of the fans, the team has managed to do several things like the Orchestra concert, releasing new merchandise, and additional content. On top of that, they were blessed by the unexpected joy of reaching 3 million shipments for Ace Combat 7: Skies Unknown.

He would like to express his gratitude to the staff at Project Aces, all the people involved at Bandai Namco, as well as everyone who keeps supporting the franchise.

Now that we’re already in the second half of 2021, the team is further taking on the challenge of connecting what they want to do with what they can do, despite the uncertain future.

After 25 years, the Ace Combat series is still supported by fans all over the world, and with 7 the team managed to set a milestone for the franchise.

At the same time, they realized that Project Aces alone is not enough to continue exceeding expectations and providing high quality given that more and more players enjoy the games.

As announced yesterday, a business alliance has been formed with ILCA: I love Computer Art, which already had close ties with the franchise. The production of the new Ace Combat game has begun, alongside the recruitment of new developers.

The aim is to make the Ace Combat series the best brand it can be, hoping that the fans will look forward to the challenge of a new Ace Combat. The team will keep doing its best in pursuit of inspiring quality.

Incidentally, we also learn that the team is planning to use Unreal Engine 5 to produce this next generation of the Ace Combat franchise, as challenging new technologies is required to realize the future vision of the brand.

In the meanwhile, if you’d like to know in detail why  Ace Combat 7: Skies Unknown is so good and has become the most successful game of the series,  you can read my full review. You can also read an official description below.