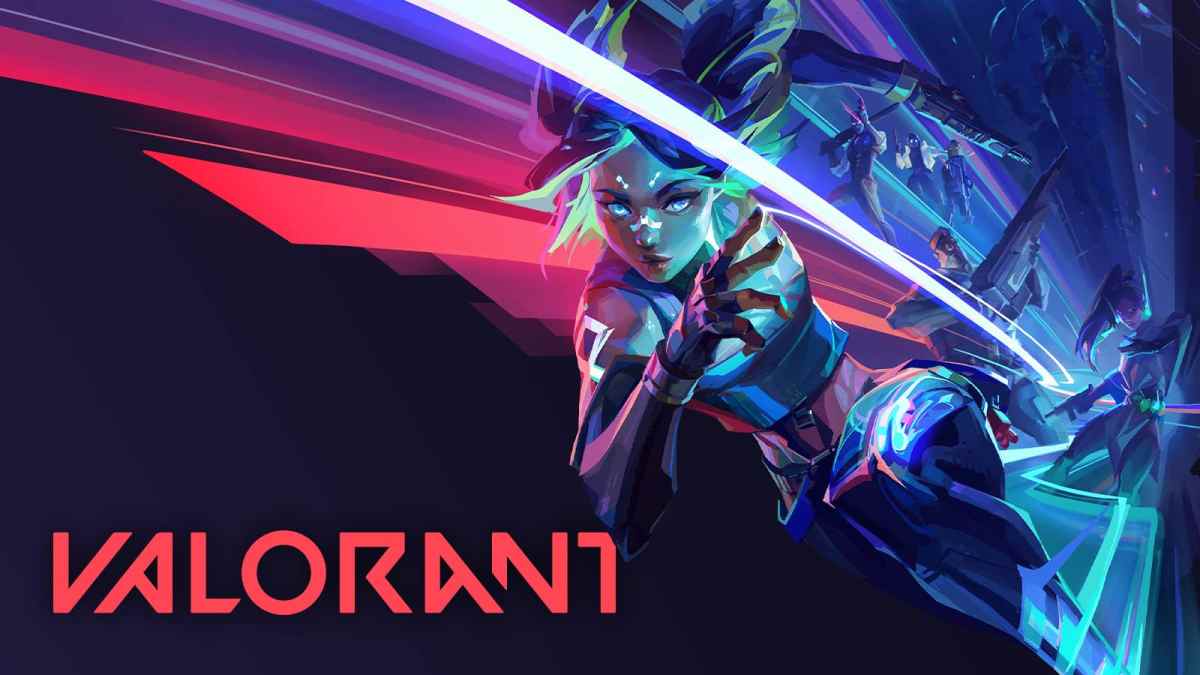 A new year brings a new Valorant Episode, and for what will be the fifth major chapter in the game’s history that also means a new Agent is thundering onto the stage. Her name is Neon, she’s apparently lightning-fast and expected to be playable in just a short while. Here we’re compiling everything we know about Valorant’s new Agent Neon, including her abilities and release date.

Everything We Know About New Valorant Agent, Neon

Neon was originally codenamed Sprinter, a designation first discovered by data miners towards the end of last year.

From the jump, it was clear Sprinter would be an Agent designed around speed. The clue is in the name, of course, but also in the consistent references to electricity in various early teasers, such as the ‘Live Wire’ player card included in Act:

The Agent was then given an extended official tease back in early December during Riot Games major esports competition, Valorant Champions Tour (VCT), where she made a very brief appearance in a promotional trailer. As you’ll see below, suspicions about Sprinter’s movement-centric utility were confirmed with her voice line, in which she says “I hope they’re read, I go fast.”

The title of the video, ‘Lintik Kayo,’ means “I hope you get struck by lightning” in Tagalog, which is the Philippines national language.

The sequence also confirms two other details about Sprinter which had already been leaked: Sprinter is a female, and she’s from Manila, Philippines. It was later discovered that she’s 19 years of age, is a Radiant within Valorant’s lore, and her powers deal electrical damage.

Apparently, she also plays a role in the Alpha-Omega Bridge, which is the sending back-and-forth of goods and personnel between two different worlds at the facility that is the location for Valorant’s Fracture map. Incidentally, the teleportation device used in that process, which is seen damaged in Fracture (causing the split across the map), was broken by the last new addition to Valorant’s Agent roster, Chamber.

Moving on, Sprinter has very recently been officially unveiled by Riot Games following an accidental leak from Amazon’s Prime Gaming page. The storefront’s background was changed to new key art showcasing Neon’s appearance and revealing her proper callsign. The image was swiftly removed, but the leak was quickly discovered and prompted Riot Games to officially reveal it:

As of the time of writing, nothing concrete has been revealed in regards to Neon’s abilities, though there are certainly plenty of clues that help us build a rough picture of what they might be; most notably, from Riot Games itself. A recent blog post refers to Neon as “shocking the competition, and sliding straight into the fight.”

Neon sounds as though she has some sort of electrical shock offensive utility, and perhaps the ability to use some sort of tactical slide as seen in other FPS games.

It’s worth noting that Neon is widely expected to be a duelist Agent, though this has also not been officially confirmed. Still, given that the past three Agents in the game have been a controller (Astra), initiator (KAYO), and sentinel (Chamber), this is a fair assumption and one we believe to be true.

Many believe Neon to have been designed as a counter to Jett, an Agent who enjoys a near 100% pick rate in pro play as a result of her unbelievable powerful kit — specifically, a dash ability that allows her to hold unusual angles with impunity and generally escape/aggress better than any other Agent in the game. Neon is supposedly set to replace her as the game’s fastest Agent.

You can check out the most recent tease for Neon below, which comes from Valorant Agent Killjoy’s official Twitter (yes, she has one), which again tease some sort of electrical shock ability. Perhaps it disables utility, too? We’ll have to wait and see.

Neon is expected to release as part of Valorant’s Episode 4, Act 1, which is due to launch next week, Jan. 11 (or 12 if you’re in Europe). This would follow the typical release format, but it’s not actually official as yet. We’ll keep you posted if we hear of any changes.

For now, that’s everything you need to know about Valorant’s New Agent Neon. For more on the game, search Twinfinite or see below for related content.