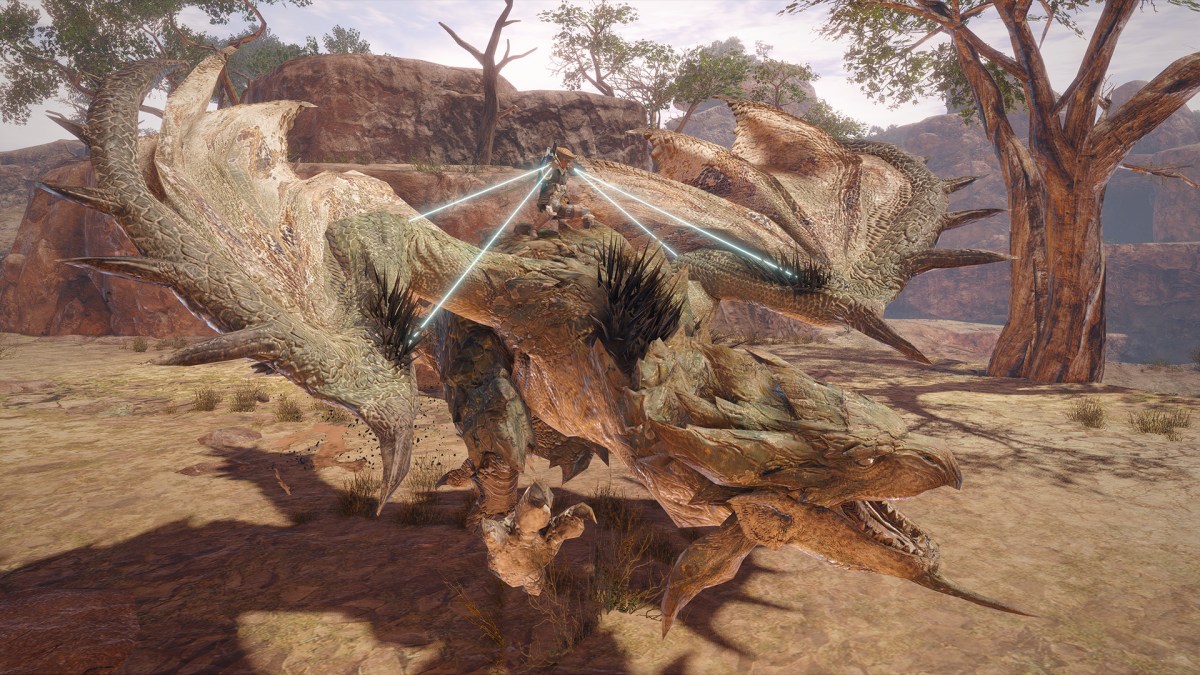 It has been about 10 months since Capcom’s Monster Hunter Rise first burst onto the scene as a Nintendo Switch exclusive. Boasting familiar and new, impressive monsters to conquer, expanded movement with the Palamutes and Wirebug, and eventually getting a proper ending, the game has most certainly grown since release. Now, with Monster Hunter Rise finally arriving on PC, just what can players expect other than a shinier version of the game?

In short, nothing much at all.

Sure, with a powerful PC, you can easily enjoy Monster Hunter Rise with the graphics tuned to the max, together with an uncapped framerate for smooth action, but, there is no shaking the feeling that it still feels essentially like a Nintendo Switch game sans the convenient portability.

When you are playing in handheld mode, things tend not to look as bad on the smaller screen. On a PC, however, even at the best settings, the cracks in Monster Hunter Rise show up more often than not. Textures can lack detail, edges are blurry, and if you are already aware of it during the less hectic moments of the game, it becomes even more apparent when you are in the thick of the action. Powerful hardware may not always produce the best results, and when you can compare it to Monster Hunter World, the difference is quite vast.

The biggest positive with Monster Hunter Rise arriving on a new platform is that it is more of a complete package than it ever will be. PC players can enjoy the game straight from the off with all of the post-launch updates, while waiting for the Sunbreak expansion arriving later in the year.

As for how it plays on PC, the game still delivers that amazing blend of action and exploration elements that are signature to the series. Whether you are in any of the biomes that are in Monster Hunter Rise, going up against the hulking beasts, or just hanging out in the village of Kimura, the game runs very well with zero performance issues.

It definitely feels awesome leaping around with the Wirebug, or drifting around biomes on your Palamute. The monsters are still awe-inspiring to look at for the most part, and even the familiar ones have gotten more aggressive with some surprises up their sleeves as well. When the need to bear arms arises, players are looking at fast action that is always satisfying.

With that solid gameplay loop in place, players can look forward to experiencing a refined combat system made for multiple weapons and approaches, feeding into the need to hunt down parts and upgrade equipment, and progressing the story. This is by far the best rhythm for any Monster Hunter game, and is an excellent point of entry for anyone new to the franchise with its enhanced onboarding.

At the end of the day, Monster Hunter Rise remains an excellent game that you can sink hours into, just that you would have to check your expectations when it comes to the PC port. If you have already invested plenty of hours in the Switch version of the game, there is little incentive here for you to jump over to PC, unless Capcom somehow figures out how to enable cross-save or cross-progression. New players, however, will now have more options when choosing their platform of choice.

With Monster Hunter Rise launching on January 12 for PC, the time for a new wave of players to join in the hunt is coming. Just try not to look too closely at things and immerse yourself in the still enjoyable gameplay loop that has been refined over the years.