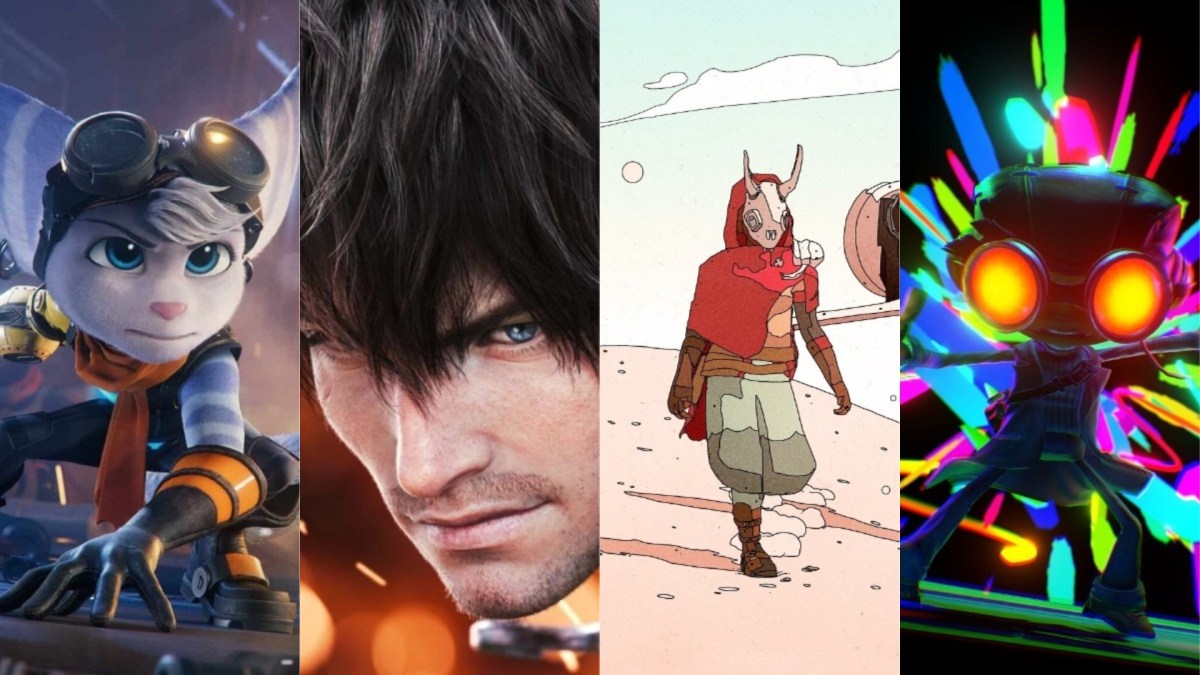 Welcome to the time of the year where we take a look back at some of the best games that came out in 2021. Over the last year we’ve seen varied art styles in video games like the anime style in Guilty Gear -Strive- and the more cartoony styles present in Psychonauts 2 and Ratchet & Clank: Rift Apart. Without any further ado, here are the games that had the best art direction of 2021.

Deputy Guides Editor Ethan Anderson: If we’re being honest, Guilty Gear Strive might just be one of the best-looking anime-style fighting games — not just in 2021, but of all time. Arc System Works has outdone themselves yet again, following up on the releases of Dragon Ball FighterZ and Granblue Fantasy Versus.

Thanks to some truly stellar art direction, Strive makes you feel like you’re controlling characters that come straight out of an anime. Their designs have been updated from the previous installment, Guilty Gear Xrd, and the animations for regular attacks, special attacks, Roman Cancels, and even taunts have received significant upgrades thanks to the new and improved style.

The top-tier visuals go beyond even the characters though, with eye-catching scenery across every single one of the stages in the game. The new stage transitions that happen when knocking opponents through the side of the screen even allow for brand-new sections of each stage to appear. And whether it’s a snowy factory in a blizzard or a sunlit jungle, every background has the potential to leave players in awe.

Guides Editor Chris Jecks: I admittedly wasn’t the biggest fan of Sable’s gameplay experience when I reviewed it in August last year, but what has stuck with me ever since is just how beautiful that game was to look at.

It didn’t matter what you were doing or where you were on the land of Midden, there was always some striking view to sit back and appreciate. The cell-shaded visuals look timeless, always in style, and never to be forgotten. Just about every mountain peak or towering alien obelisk I scaled offered up some breathtaking panoramic view that I couldn’t help but take a moment to appreciate and screenshot. The game’s my desktop background right now, it’s that pretty.

If you’ve got any interest in video game art design and visuals, Sable is absolutely something you should be checking out.

News Editor Giuseppe Nelva: Final Fantasy XIV has been out for eight years and its engine hasn’t received any major overhauls despite spanning three console generations. This means that its graphics certainly do not rely on extreme visual glitz.

So how does Endwalker, in 2021, still look so great with an engine that is almost a decade old? The answer is art.

Square Enix’s artists never fail to create memorable character and environmental designs. Every single area in Endwalker is absolutely beautiful to look at, simply standing on a cliff and enjoying the vistas.

Especially satisfying is the exotic island national, Thavnair. Many dedicated Final Fantasy XIV players have been waiting ten years to visit this area. The art team at Square Enix absolutely nailed its cultural looks, making it one of my favorite zones in any MMORPG or game in general.

Staff Writer Omar Banat: There’s just something special about a new Ratchet & Clank. The series doesn’t have as many frequent releases as it used to but the magic is still there each time a new title is added to the franchise. They’re always wildly fun games that have plenty of witty writing. But praise for the game’s art style usually takes a back seat to gameplay and writing.

This time around, there’s no denying that Ratchet & Clank: Rift Apart is an absolute work of art. The power of the PS5 shines as every environment is bathed in impressive ray-traced lighting. You can even tell the difference between objects that are reflecting natural light versus ones that are reflecting artificial light. Additionally, the way that different surfaces reflect light just adds more realism to the look.

Despite the realism, there’s no doubt that Rift Apart is still an overall colorful and almost cartoony celebration. Shades of purple and pops of gold are the main colors you’ll see throughout the game. Even the main protagonists, Ratchet and Rivet, mirror this color palette.

Yet, each world also has its own distinct look that makes them instantly distinguishable from one another. On top of that, each planet feels like it fits in the game world. Despite their differences, there’s a clear and concise vision across each location that manages to make them all feel unique, yet tied together. All of this makes Ratchet & Clank: Rift Apart a visual masterpiece.

Editor in Chief Ed McGlone: There’s a lot to love about Psychonauts 2: the music, platforming, story, characters, and more. What fuels all of that though and brings it all to life are the visuals that are embedded deep in the series’ DNA ever since the first game.

The world of Psychonauts is already fantastical and silly, but most of both games (including Psychonauts 2) take place within the minds of troubled individuals. There are absolutely no limits, then, to the creativity of the game’s levels and the developers fully leverage this advantage.

The result is a game that is filled with bright colors, wacky characters, and environments bursting with personality whether it’s a casino-themed hospital or an eerie harbor filled with mites. It’s not just the game’s levels either, though. The hub worlds too, although more slightly grounded in alt-futuristic realism, are awe-inspiring. They are beautiful, sprawling areas that also have nooks and crannies to explore. The woodland Questionable Area, for example, is a gorgeous tranquil forest-like area that’s easy to wrap your head around but is still infused with the crazy antics that fill the world of Psychonauts 2.

The entire game is filled with areas that were clearly crafted with so much love and attention, that they are a feast for the eyes. Without this passion for the game’s art style, Psychonauts 2 wouldn’t be nearly as memorable or as special as it is.