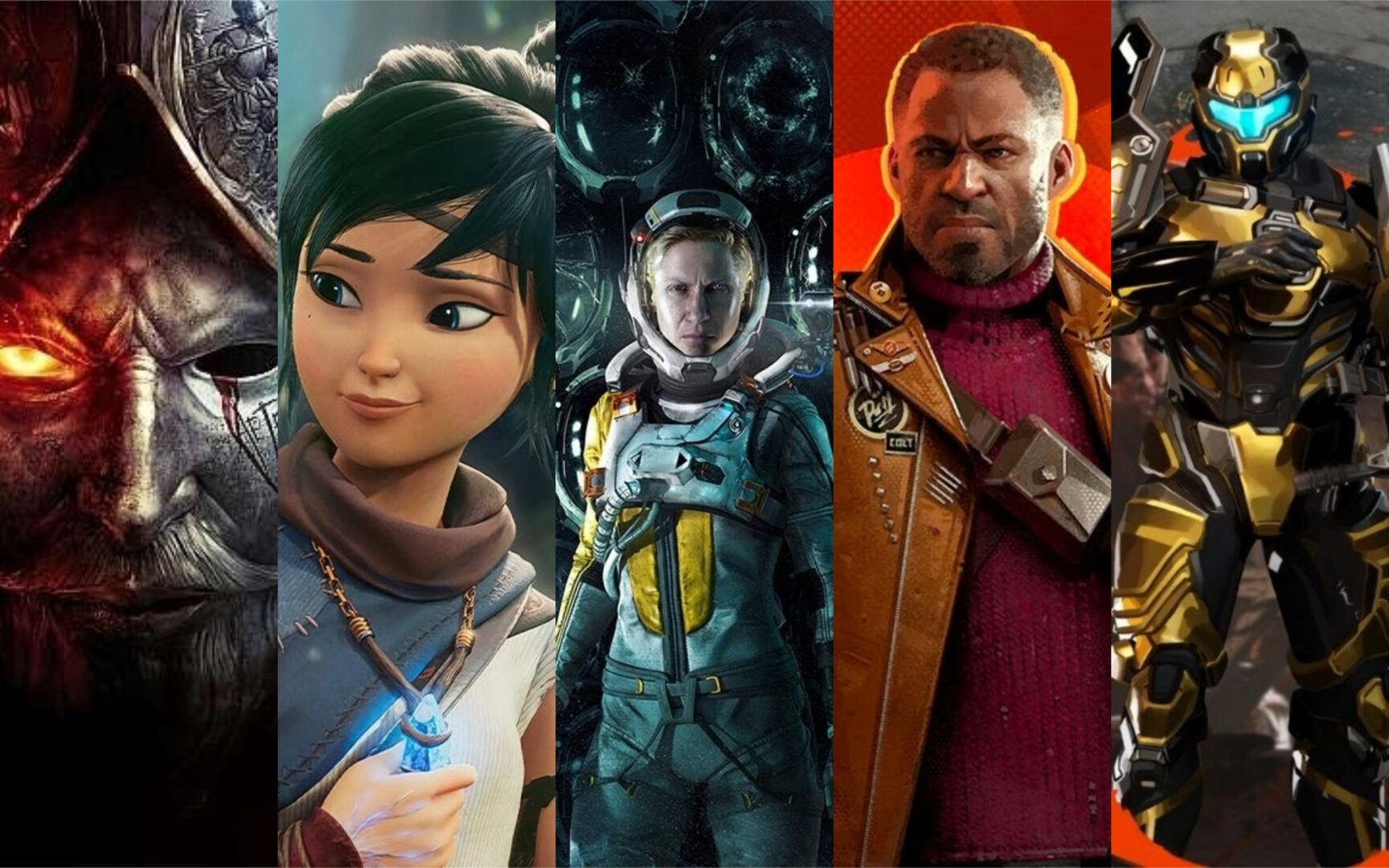 With the end of 2021 and another year of awesome gaming goodness coming our way, it is perhaps the best time for all of us here at Twinfinite to reflect and remember some of our best gaming memories for the year. While it is always good to have sequels that keep a franchise alive, a breakthrough debut is also always worth celebrating in this entertainment medium. As voted on by our editors, here are the best new IPs of 2021 you should totally check out!

Reviews Editor Zhiqing Wan: For all of its faults and missteps, I still sunk an embarrassing amount of time into New World. Amazon’s pirate-themed MMORPG might have stumbled in its economic and endgame aspects, but it more than made up for those shortcomings with an incredibly immersive world and fun crafting and gathering mechanics.

Even now, I still have fond memories of all those hours I spent thunk-ing away at iron veins, hoping for a rare Fae Iron drop, only to get my first one tens of hours later when it had become completely obsolete. New World’s greatest strength was giving players the freedom to choose what they wanted to do to progress; you can barrel through the story for experience, or just spend your hours gathering materials and crafting better gear to level up.

Whether Amazon can recover from its missteps remains to be seen, but there’s no denying that New World shipped with a rock-solid foundation and a unique PvP experience rarely seen in other games in the genre.

Staff Writer Jake Su: When a game looks this good, you can forgive it for having some faults. Except, there is not much wrong with Kena: Bridge of Spirits, Ember Lab’s stunning action-adventure that not only gave us a heroine to root for, but also those adorable creatures known as the Rot.

Akin to a Pixar movie that one can play, it is not just a visual feast. The game blends storytelling, exploration, and action into one masterful package, together with sound design that does equally well in the quiet moments and for the intense ones. Saving the world was never going to be easy, but the journey for Kena is well worth it whether you are solving environmental puzzles, engaging in fast-paced and challenging combat, or just enjoying the amazing scenery.

Kena: Bridge of Spirits has built a rock-solid foundation, and it is now time to see where else Ember Lab is prepared to take us.

Assistant Editor Dylan Chaundy: 1047 Games’ fusion of Halo first-person combat and Portal’s wormhole-like traversal was the shot in the arm that the crowded multiplayer shooter genre needed. But that’s not the only reason why we considered Splitgate to be one of the best new IPs of last year.

From its humble indie origins – crafted by a team of just 25 devs, no less – Splitgate went on to become a legit sensation, and it’s easy to see why. With its strong focus on tactics and teamwork, and its buttery-smooth gameplay, Splitgate took the gaming world by storm resulting in one of 2021’s biggest success stories.

Tactically deep and consistently entertaining, Splitgate’s free-to-play arena shooting was a breath of fresh air in a year brimming with an impressive smorgasbord of new IP. Ultimately, though, Splitgate absolutely deserves a spot amongst the other entries on this list thanks to it being one of the most fun and memorable new IPs of 2021.

Senior Editor Alex Gibson: Arkane Studios has well-earned its reputation following the critical reception of its esteemed Dishonored series, but outside of those two excellent games and their DLC expansions, the developer has struggled. Prey was a mixed bag, while Wolfenstein: Young Blood was a huge disappointment that failed to replicate the success of Machine Games’ mainline titles. Deathloop, however, has marked a big return to form.

In many ways, it’s familiar territory for fans of Arkane Studios’ portfolio — a first-person action/stealth sandbox game that feels as though it has inherited the lineage of immersive-sim-style experiences like BioShock. This time around, though, the aesthetic swaps grim and gloomy for vibrant and whimsical, and the gameplay is much more accessible. It’s still challenging, but it feels as though the intent has been to put a greater focus on giving players the freedom to experiment and have fun.

At the core of this is the time-loop mechanic. This not only governs progression but also how one goes about engaging with its gameplay; Blackreef Island and the story of Deathloop is a giant interconnected puzzle that can only be solved by rinse-and-repeating different locations and different times of the day. As you make each run, so too do your skills improve and knowledge of the game’s limit increase, which ultimately feels incredibly rewarding.

Quite whether Deathloop’s critical acclaim has been reflected in its commercial performance remains to be seen, and that’s likely to determine whether we see the IP continue moving forward. We here at Twinfinite would certainly love to see what the studio could do with a sequel.

Deputy Guides Editor Ethan Anderson: When developer Housemarque announced Returnal as a third-person roguelike bullet hell shooter, it sounded like a lot going on at once. But, thankfully, all of those parts meshed together perfectly to make Returnal the best new IP of 2021.

Returnal manages to combine genres seamlessly, easily going from an action-packed shooter where quick movement and reaction time is key, to a horror-inspired first-person experience. The game somehow manages to be engaging, no matter what experience or tone it goes for.

That’s thanks in no small part to how Housemarque expertly uses the tools and features that the PS5 puts at their disposal. The haptic feedback and adaptive trigger are especially noticeable since they actually allow for creative gameplay features and enhance the overall feel of the various creepy environments.

If you’re a PS5 owner looking for a true next-gen experience that feels unique, Returnal is one of the very best that money can buy.