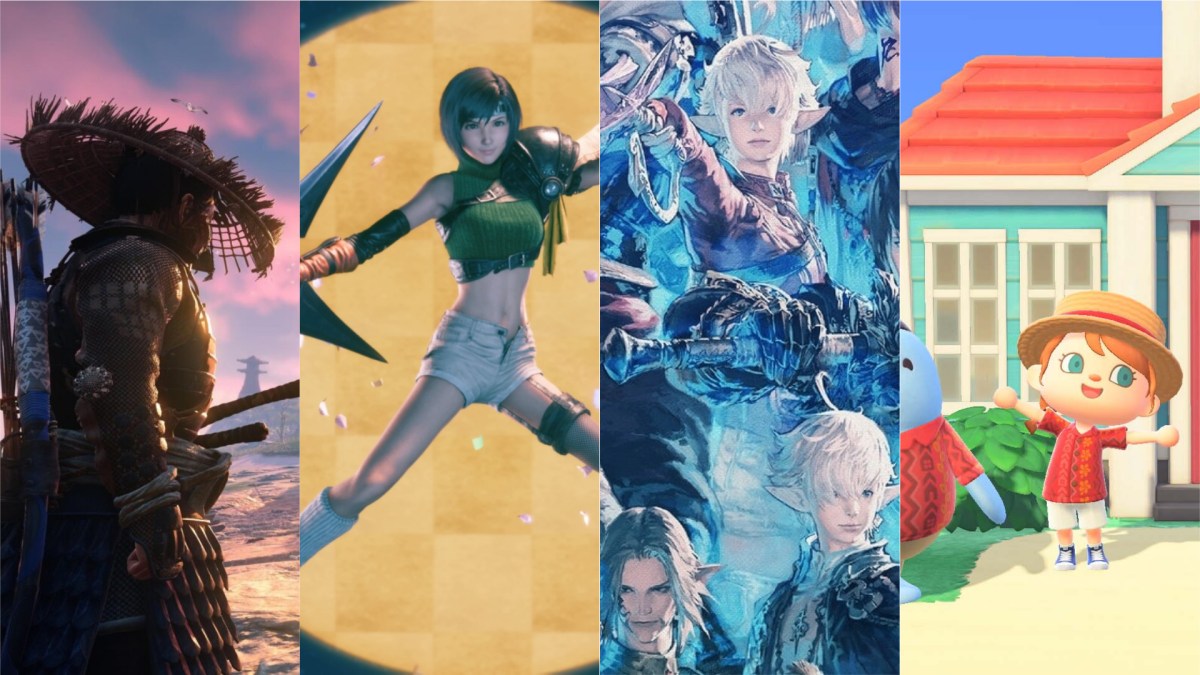 It’s finally award season here at Twinfinite! Over the month of January, we’re going to look back at our favorite games of 2021. That includes some of the best DLC releases and expansions the year has seen, from the tropical islands of Animal Crossing to a return to Midgar. These are the best DLCs and expansions of 2021.

Voted on by our editors, these were the DLCs that stood apart from the pack.

Reviews Editor Zhiqing Wan: 2020’s Final Fantasy VII Remake was pretty much everything fans could’ve hoped for (unless you’re a diehard purist), and Square Enix kept the ball rolling with the release of the Episode INTERmission DLC in 2020. This DLC gave us an early introduction to Yuffie, and most importantly, it transformed her into an actual character with depth instead of the ninja caricature that we got in the original game.

Yuffie still retains her bubbly personality, and yes, she’s still out to steal your materia, but over the course of Episode INTERmission, she also grows and matures into a more well-rounded character than we’ve ever had seen before. Even without interacting with the main cast, she’s already a perfect foil to Cloud’s brooding nature, which makes us even more excited for the next part of the remake when she finally joins the party.

Episode INTERmission only lets you directly control Yuffie, but it also builds upon the already great combat system of FFVII Remake by giving us a brand new playstyle to experiment with. Yuffie zips across levels with ease by throwing her shuriken around, and her ninjutsu combos are so unique that this DLC almost feels like an entirely different game even though we’re still in Midgar.

Episode INTERmission also sets things up nicely for the main story, throwing plenty of new twists and curveballs that will keep fans talking and theorizing until the next installment.

Reviews Editor Zhiqing Wan: Animal Crossing: New Horizons truly is the gift that just keeps on giving. While it’s certainly sad that the game won’t be receiving any more updates after this one, ACNH has gone out with a bang.

Update 2.0, which is free to all players, introduces a wealth of quality of life improvements and other additions that fans have been clamoring after for a long time. Brewster’s finally here, you can place ladders anywhere on your island, and there’s a whole new farming and cooking system that gives you even more options and variety in decorating your house.

Then there’s the Happy Home Paradise expansion, which is sure to keep players busy for tens of hours. Players can now fly off to a new archipelago and just design various houses and facilities to their heart’s content, and be rewarded with even more brand new furniture for their efforts.

Animal Crossing: New Horizons was the quarantine game to play in 2020, and even as travel and lockdown measures have started loosening again, it continues to be the ultimate comfy game that’s always there for you when you need it.

Senior Editor Alex Gibson: News of a full-blown expansion for Sucker Punch’s smash hit, Ghost of Tsushima, came as music to the ears of those who enjoyed the base game as much as we did here at Twinfinite. In part, much of that excitement was the mere prospect of having an excuse to return to its gorgeous sandbox and once again behold its excellent gameplay, but mostly because there was a sense that whatever Sucker Punch did deliver was going to be of exceptional quality.

While Iki Island doesn’t quite hit the highs of First Light, the acclaimed expansion to Sucker Punch’s Infamous Second Son, it’s still a brilliant addition that proved one of 2021’s big DLC highlights.

In particular, we loved that the story strengthens Jin’s character arc by shining a light on an aspect of his youth not particularly well explained in the base game. Add to that challenging new combat encounters, side quest activities, and the immersive DualSense functionality for those playing on PS5 and you have an experience that represents a cherry on the top of an already brilliant game.

Editor-in-Chief Ed McGlone: Final Fantasy XIV: Endwalker is perhaps one of the most highly anticipated MMORPG expansion releases of all time. In the years since the incredible Shadowbringers was released, Final Fantasy XIV has grown to be the world’s most popular MMORPG. It has built up trust with a large fanbase over the years and word of mouth (and free trials), has allowed it to flourish. All of these eyes now, however, were squared right at Endwalker, released last month.

It brings me great joy to say that Endwalker completely knocked it out of the park. It’s hard to talk about why Endwalker is so great without spoiling the story, the key part of, well, why Endwalker is so great. Know this at least: it did the impossible. It found a way to perfectly tie up nearly a decade’s worth of story and character development. Its ending is incredibly satisfying and feels like the perfect way to send off the Hydaelyn/Zodiark saga.

It’s not all just about the story, though. Endwalker of course punctuates every chapter of its story with gorgeous new areas and music that tugs at your heartstrings; perfectly setting the mood of each zone and story beat. Also, it added two new jobs: Sage and Reaper, which both ended up being valuable contributions to the meta instantly.

It’s hard to top a Final Fantasy XIV expansion these days and to the surprise of no one here at the Twinfinite team, no one did in 2021.