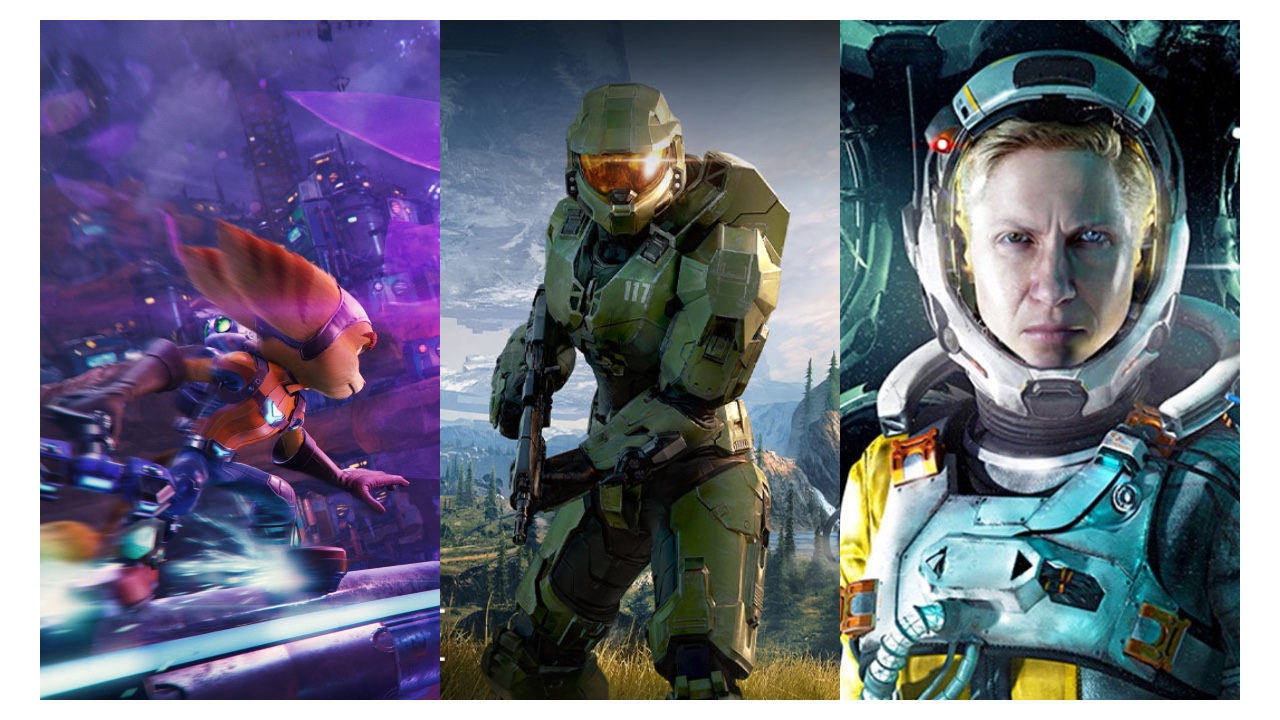 Continuing Twinfinite’s awards season, it’s time to look back and reflect on the highlights from last year. And today, we’re here to celebrate the best console exclusive of 2021.

Voted on by all our staff and editors, these are the best games that were exclusive to a specific console. Indeed, thanks to their exclusivity to just a single platform, these titles tend to have that extra level of polish and je ne sais quoi. So, without further ado, let’s get into it, shall we?

Senior Editor, Alex Gibson: Among the best showcases of next-generation console performance yet, Ratchet and Clank: Rift Apart has delivered spectacular visuals and production quality to PS5’s budding library of games. It feels as though every time Insomniac releases a new game in the series we’re declaring “it’s like playing a Pixar movie!” — but seriously, it really is this time!

Beyond just its sumptuous good looks, though, the gameplay is top-notch and proved not just one of 2021’s big highlights but one of the platforming genre’s all-time high watermarks.

Rift Apart is tactile in feeling and a complete joy to control across the board. It’s one of those games that puts a smile on your face every time you pick up the DualSense and start moving around; particularly so, with the added layer of immersion brought about by haptic feedback technology. Speaking of layers, the innovative dimension-shifting mechanic, which has been cleverly weaved into the experience, represents an industry-leading design that deserves a special mention.

We can’t wait to see which direction Insomniac takes the series in next, but for now, it’s about celebrating a platformer that is today a must-play for owners of PS5.

Senior Editor, Alex Gibson: The PS5’s launch lineup was decent enough, but the buzz of new hardware demands a game that feels as though it too marks the next step in performance for developer and design. Returnal, from Swedish developer Housemarque –Sony’s latest first-party acquisition–, proved exactly that. It will go down as the arrival of Housemarque on the big stage, and a unique third-person shooting experience that is among the most innovative next-generation gameplay experience so far.

Typical of Housemarque, Returnal places a strong focus on challenging gameplay that feels absolutely brilliant to control. The shooting mechanics are unlike anything else we played this year; more or less a third-person equivalent of Nex Machina, one of the studios’ most acclaimed arcade titles. With the action now on a 3D plane, however, there’s a new element of verticality to dodging the hails of incoming alien firepower, as well as precision required to shoot back with all manner of upgradeable weapons. The boss fights proved some of the trickiest but ultimately rewarding moments of gameplay this year.

Of course, Returnal incorporates more than just gameplay; in a first for Housemarque, it’s also a story-driven, cinematic experience brought to life with terrific acting and cutting-edge visuals. The coming together of these new elements and the studios’ signature gameplay is something Housemarque fans have been yearning to see for years, and by all accounts, we’re expecting plenty more moving forward after the success of Returnal. Bring it on!

Staff Writer, Omar Banat: Part of what makes an exclusive title great is the fact that it can only be played on the target hardware. This means developers only need to focus on optimizing the game for a single platform. No other Switch game exemplifies this idea more than Metroid Dread. The game looks stunning despite only running at 900p while the steady 60 fps frame rate assures the combat always feels as good as it looks.

Not only is the game incredibly optimized for the Switch, but there’s not really anything else that looks like it on the other current-gen consoles right now. There are certainly other Metroidvania titles, but none of them have this 2D style with 3D character models and environments. This art style alone, along with the cutscenes and other 2.5D moments, gives Metroid Dread a completely different feel from anything you can play on other consoles.

But the best indicator of all is that Metroid Dread would be a fantastic addition to any console’s library. Fortunately for Switch owners, Nintendo has a firm grasp on all of their IPs. Even though we don’t get Metroid games every two or even three years, the wait is almost always paid off with a fantastic game. The team at Mercury Steam absolutely hit this one out of the park and delivered one of the best exclusives of 2021.

Assistant Editor, Dylan Chaundy: To say that Halo Infinite had a shaky lead-up to launch would be a huge understatement, but despite the backlash and the multiple delays, 343 Industries pulled the cat out of the bag and delivered a cutting-edge reinvigoration of a beloved sci-fi property.

From its excellent single-player campaign to its tight gunplay to its fun-packed multiplayer suite, the Redmond-based studio left no stone unturned and moved heaven and Zeta Halo to bring us a complete package brimming with meaningful content. And that’s all without mentioning the shrewd decision to make the game’s iconic online multiplayer free-to-play, lowering the barrier of entry to all.

By all accounts, Halo Infinite could’ve been a bust, but we’re happy to report that Halo Infinite is a mighty achievement that will go down as our favorite console exclusive from 2021.