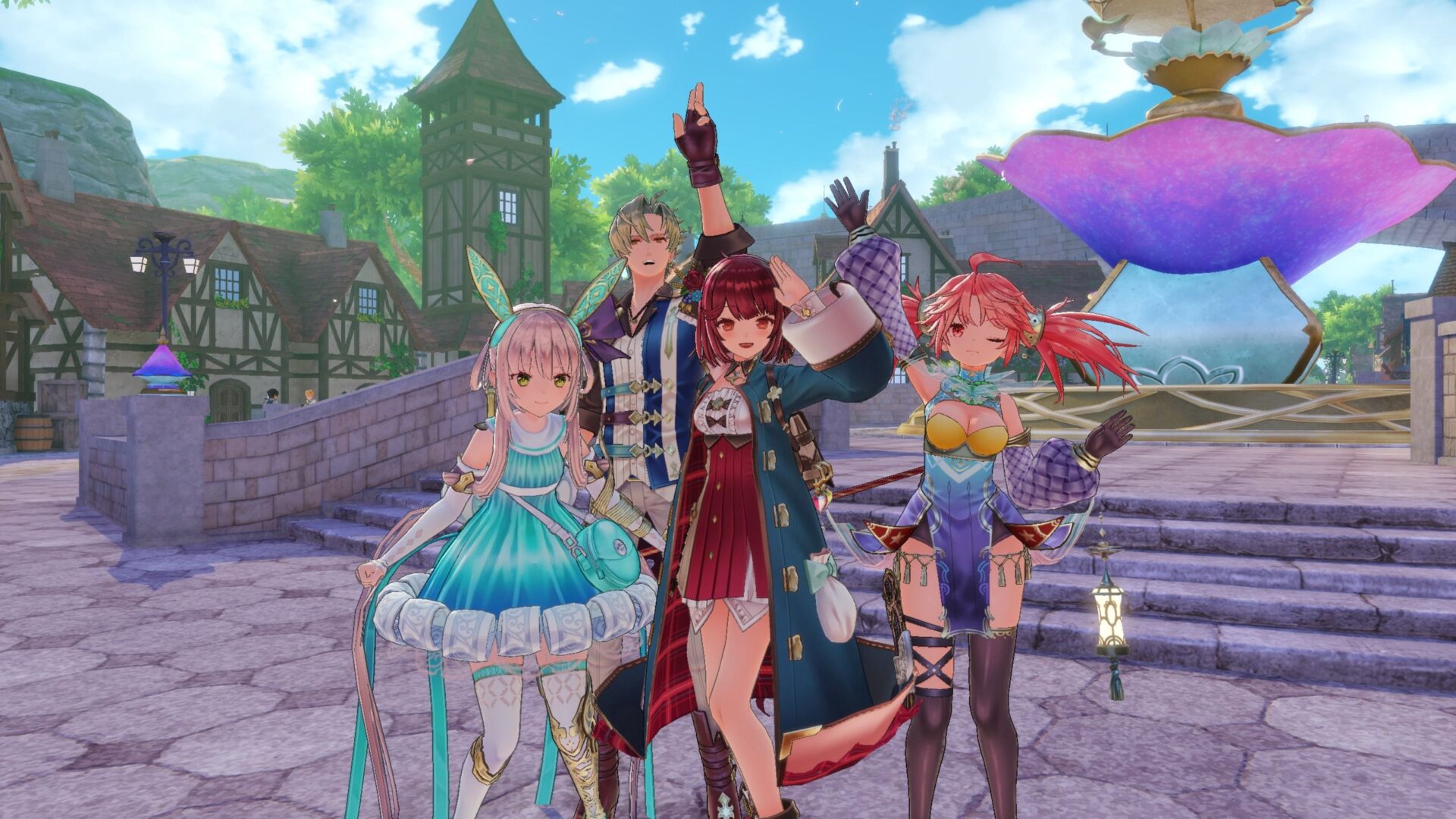 Once upon a time, the Atelier series used to not get sequels bringing back the same protagonist. Apparently, Atelier Ryza 2 paved the way, and fans will soon be able to enjoy the return of another fan favorite. Sophie Neuenmuller will be back with Atelier Sophie 2: The Alchemist of the Mysterious Dream.

I got my hands on a pre-release copy of the English version of the game on PC, and it certainly feels like a treat for the fans. Sophie is definitely a beloved character among the rich cast of the Atelier series, having appeared in several games on top of the one (now two) in which she’s the main heroine.

The story starts pretty much where we had left it, with Sophie more determined than ever to take the Alchemist exam to follow in the footsteps of her grandmother and to find a way to give Plachta a human body.

Yet, things don’t go as planned and our heroine finds herself in a different world created by the goddess of dreams, separated from her friend. Though, not all the people she’ll meet will be complete strangers… in a big twist.

I won’t say more since spoilers are involved, even if fans of the series have likely come up with plenty of guesses simply by the official descriptions of the characters published by Koei Tecmo.

One thing is for sure; if you have played the Atelier Mysterious sub-series and, in particular, the original Atelier Sophie, there is plenty in the sequel to entice you to explore its story. As a matter of fact, it feels more interesting and intriguing than most within the franchise, considering both the fact that it has so much history to build on and the twist I mentioned above.

While I’m hesitant to advise playing this game for those who haven’t played the original (but I don’t believe you need to play the whole Mysterious series), at the very least, you get a brief animated prologue explaining the story so far, so you wouldn’t be completely lost.

The visual aspects of the game are hit and miss even on PC. While it appears to look quite a bit better than what we have seen for the console version, this is ultimately a game that looks fairly dated.

I can certainly acknowledge that Gust has made some efforts and achieved a measure of success in improving some aspects of the graphics of the Atelier series since the first Ryza and then with Ryza 2, but we’re still far from what I’d expect from a game released in 2022.

It may be in part due to the attachment to underpowered consoles (we went backward from at least trying to release Ryza 2 on PS5 to sticking to PS4 and Nintendo Switch with Sophie 2), but Koei Tecmo isn’t a small developer that lacks the budget and manpower to adopt modern technology in its games. They have proven with the Nioh series that they absolutely have what it takes to create games much nearer to the technological cutting edge, so I don’t understand why the Atelier series is left so far behind.

It’s strange for a game released by a large developer in 2022 to see things like foliage made with textures on flat polygons, low-resolution textures, pretty basic lighting, areas broken into small chunks separated by loading screens, or rudimentary animation (characters sliding on the ground as they run are a fairly depressing show).

Some of you may be thinking “here’s another of these western journalists that want Japanese games to look like western games!” Yet, this wouldn’t be further from the truth; advanced technology doesn’t need to be applied only to realistic graphics, but can definitely enhance and empower an anime/illustration-like art style like the one that many love for the Atelier series.

For instance, more advanced lighting would go a long way, to begin with, alongside more detailed animation work and stronger CG techniques.

This is not to say that Atelier Sophie 2 looks terrible. As usual, the art style comes to save the day both for character design and the environments, which still look interesting and full of adorable creativity. I just wish that the art didn’t have to take on so much of the responsibility of making the game look decent, and it was shared more evenly with technology and better supported by it. Much smaller Japanese developers have made bigger efforts on this front and Koei Tecmo can definitely afford it.

The audio features are much more solid, with the great soundtrack that Atelier fans have come to expect. Voice acting is also absolutely fantastic. It’s in Japanese only and it’s arguably better off that way, with every actress and actor doing top-notch work. One of the aspects of the visuals that looks quite good is the expressiveness of the characters, and that’s supported very well by the voice-overs.

The only complaint I have is that the English localization seems to take some of the usual liberties with quite a few lines that I’ve noticed departing considerably from the original or overexplaining concepts that don’t need it, often causing the dialogue to lose its edge. This is unfortunately common in modern western localization, and many have learned to live with it.

The basics of the gameplay will certainly prove familiar for fans of the series. Gust isn’t budging from its turn-based tradition and that’s for the better. I’m certainly not one of those who believe that action gameplay is a must nowadays, and the battle system is enjoyable with a few interesting mechanics built on top of the classic frontline and rear guard party setup. They provide a fun twist and an additional tactical layer that I appreciate quite a lot.

Of course, the true depth comes with the alchemy system, which has a ton of nuance and complexity for veteran fans of the series to sink their teeth into. It’s very flexible and works together with gathering to provide a lot of room for customization in the way your party fights.

That being said, novices shouldn’t be intimidated, as the game comes with an “auto-add ingredients” feature that makes the system a breeze to use if you don’t want to dive too deep.

You can also change the overall difficulty from “easy” to “very hard” on the fly, letting you customize the level of challenge pretty much to your liking.

One thing new players will have to pay attention to is pacing themselves with combat and alchemy. It’s very easy to skip nearly all enemies and to neglect the growth of your alchemists, only to smash your face against the first boss without being even remotely prepared. Take your time, fight and synthesize, because at least, in the beginning, the game won’t force you to.

Another interesting element is the ability to change the weather, which basically completely overhauls the looks and available paths in every area. Almost every location in Atelier Sophie 2 that features this system is basically a big puzzle that adds an additional twist to exploration.

The game also comes with a fairly advanced photo mode, which will certainly be welcome among those who enjoy stopping at every charming corner of the world to take pictures of our heroes. Not only you can change the usual parameters, but you can also add and remove all the party members, alter their poses and expressions, change the time of day, and much more.

Ultimately, Atelier Sophie 2: The Alchemist of the Mysterious Dream feels like a very welcome treat for the fans, who will appreciate the story and the return of a beloved heroine, on top of a deeper look at certain aspects of the story.

Veteran fans are also those most likely to be able to live with the dated visuals and tech. Luckily, the adorable art style, the intriguing plot, the uplifting score, and the lovely voice acting grant this new JRPG by Gust plenty of potential to be another entry of the series that its fans will love and remember for a long time.

Atelier Sophie 2: The Alchemist of the Mysterious Dream will release in North America and Europe on Feb. 25, 2022, for PS4, Nintendo Switch, and PC. Japanese gamers will get it a day earlier, on Feb. 24.