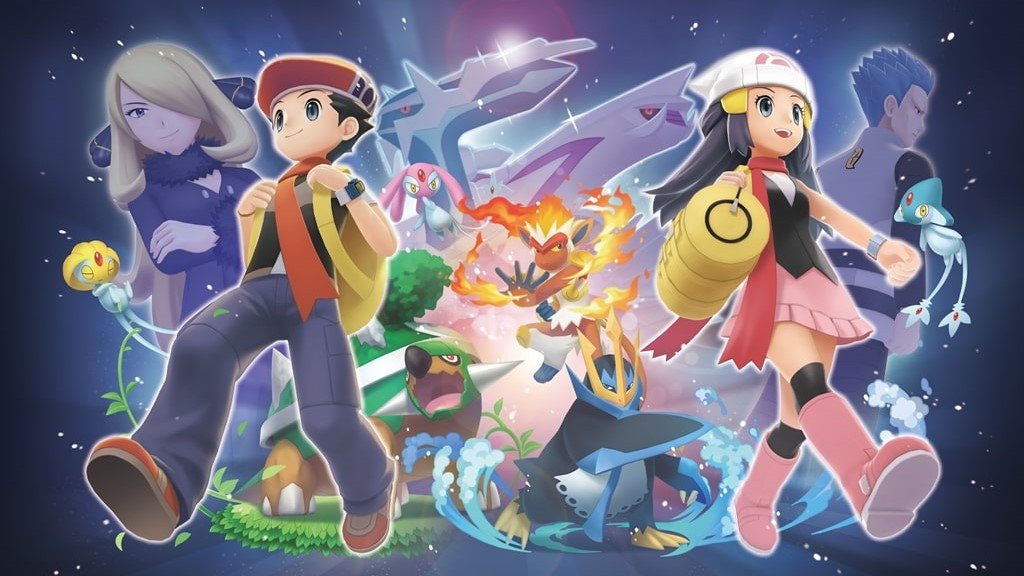 Pokemon Brilliant Diamond and Shining Pearl have arrived and classic Sinnoh Pokemon are all here. Fan favorites such as the lovable starters, Croagunk, Lucario, and others are back on their home turf once again. If you’re here, though, you’re probably in some kind of deep thought about the two games’ box legendaries: Dialga and Palkia. In this guide, we’ll go over both Pokemon and give you our best answer to the question of which Brilliant Diamond and Shining Pearl legendary is better: Dialga or Palkia?

Dialga vs. Palkia – Which is Better in Pokemon Brilliant Diamond and Shining Pearl

Let’s start with a quick breakdown of Dialga, the Brilliant Diamond legendary. Dialga is a Steel/Dragon-type which is a solid defensive typing that Dialga combines with some bulky defensive stats: 120 base Def, and 100 base Special Def.

Dialga is capable of hitting like a truck regardless of the attack type, but is better suited towards Special Attacks as its Sp. Atk is set at a monstrous 150. The same goes for Palkia, for the record.

Dialga also has access to a wide variety of moves through the use of TMs. You can pair powerful Dragon moves such as Draco Meteor with Flash Cannon to defend yourself against any Fairy Types that threaten to block your Dragon moves. Its level-up moves aren’t the greatest, though, so make sure you save some TMs for it.

The biggest flaw Dialga has is its low base Speed which, at least when compared to other powerful legendaries, is pretty bad at 90. Of course, compared to the stuff you’ll fight in the story, it’s totally sufficient, so don’t worry about that. But if you’re planning on getting serious, the 90 Speed will be a problem if you’re up against other legendaries.

Palkia, Shining Pearl’s mascot is a Water/Dragon-type. Like Steel/Dragon, it’s a solid defensive typing, and a slightly better offensive typing to boot, as Water attacks are generally more useful than Steel on anything aside from Fairies.

Palkia has access to a lot of the same moves and TMs as Dialga, aside from getting easy access to powerful Water moves such as Hydro Pump instead of the Steel moves like Flash Cannon. They can, by and large, have similar move sets though.

What stands them apart, however, is that while Dialga is slightly bulkier with higher HP, Palkia is faster. Generally, in the Pokemon competitive scene, Speed is king. Even just a 10 base Speed difference, in this case Palkia’s 100 to Dialga’s 90, is a major difference that allows Palkia to move first against a number of possible threats.

All in all, on paper at least, Palkia is the better legendary over Dialga. However, the caveat is on paper. Palkia has arguably a slightly better move set, base stats, and typing, but that all depends on what the rest of your team looks like and what you’re going to likely be up against.

In some cases, the Steel/Dragon typing of Dialga and its unique attacks may fit your team better, so it all comes down to team construction. Dialga is also incredibly powerful and capable of wiping the floor of 99% of Pokemon that exist.

At the end of the day, there is no clear right or wrong answer. You’re not going to regret either one, it’s just that Palkia is slightly easier to mix into a competitive team than Dialga, that’s all. If you don’t care about that, then you’ll be fine either way.