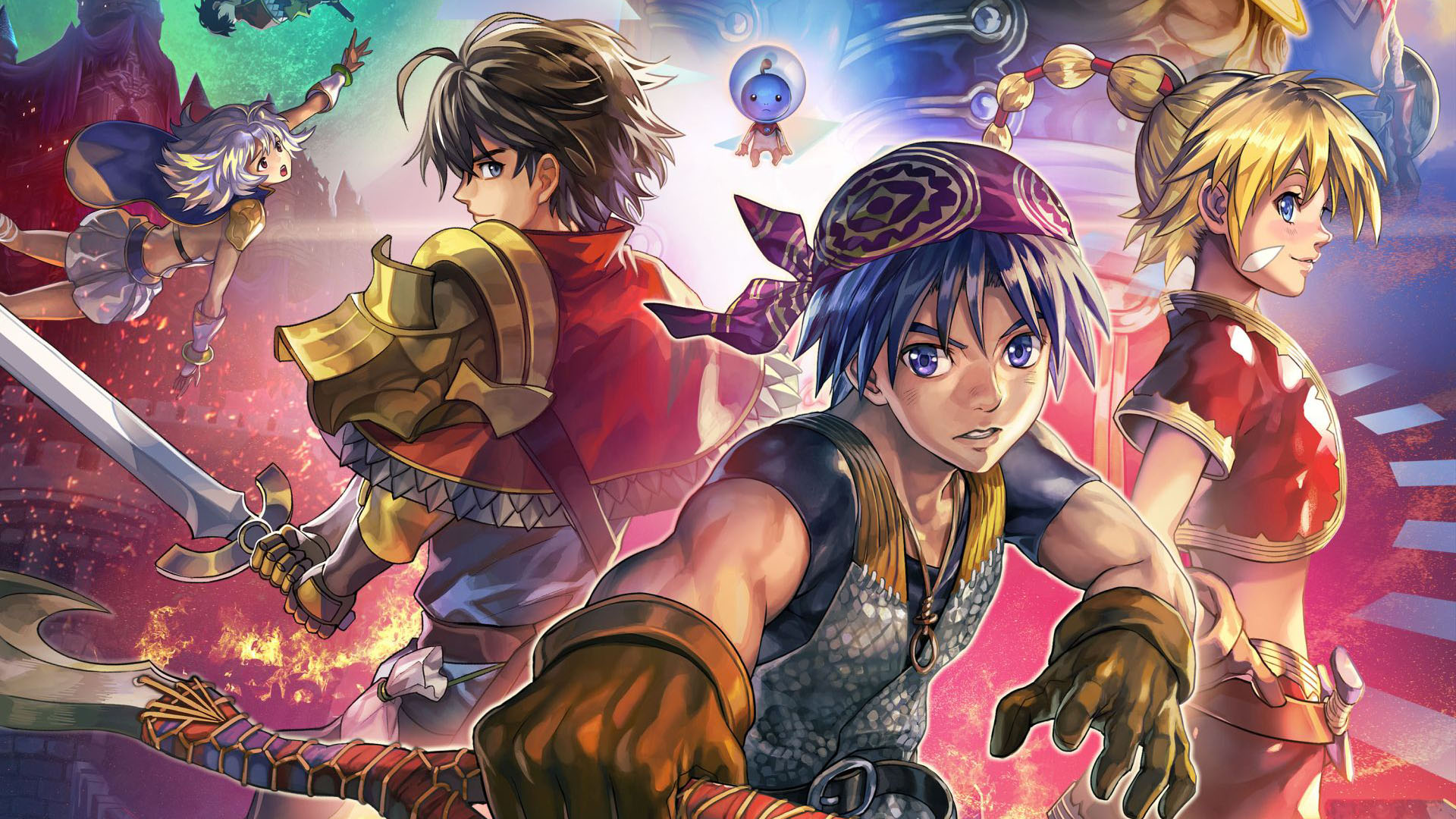 Following today’s announcement of the “Complex Dream” crossover between Another Eden: The Cat Beyond Time and Space and legendary JRPG Chrono Cross, fans likely have quite a few questions.

To answer some of them, Twinfinite had a chat with Another Eden game director Daisuke Takeshima, who talked about what we can expect and Wright Flyer Studios work on such a beloved IP.

Giuseppe: Could you explain how Complex Dream came to be? Who had the idea, and how was it turned into reality?

Daisuke Takeshima: We’ve received requests for a Chrono series crossover from Another Eden fans for a long time. Within the development team, we had also been discussing since release how great it would be if we could work on something with the Chrono series. We were able to have Square Enix’s blessing for this crossover which made our dream into reality.

The story is written by Masato Kato, and the music was created by Procyon Studio led by Yasunori Mitsuda. Nobuteru Yuuki, who designed the original Chrono Cross characters, oversaw the artwork. We think that these elements contributed to crossover content that would satisfy fans.

Giuseppe: We heard that Complex Dream will include new mechanics. Could you provide an outline?

Daisuke Takeshima: You’re right! We added numerous mechanics and features for this crossover.

First is “New Game+.” This mechanic did not exist in Another Eden previously, and there was no content that would diverge depending on the players’ choice. But we felt that a core element of Chrono Cross is that the players’ choice affects which characters become allies and what the player experiences. We knew this was indispensable to the crossover, so we decided to implement it.

Due to this mechanic, this crossover story has a point of divergence where the player must choose a character. Besides this major divergence, there are elements that appear after the second round of playing, such as the sub-events in the city and more, so I’d like players to try playing it multiple times.

In regards to battle mechanics, we added “Elements” and “Field effects.” Those who played Chrono Cross would be familiar with Elements, which can be equipped onto characters to customize the abilities used in battle. By playing the crossover story “Complex Dream,” players can obtain them and equip them onto Serge, Kid, and Harle. I’d like players to experiment with trying out different combinations for adventuring.

Field effects are also inspired by Chrono Cross mechanics, where the element in the battlefield changes based on the ability element used in battle. This is limited to the area settings in the crossover story, but it’s something that can be used strategically along with Elements.

Another Eden’s core system is different from Chrono Cross, of course, but we’ve developed the crossover so that the Chrono Cross experience that players have had is maintained, and yet stays true to Another Eden.

There are many other easter eggs we’ve implemented, and I’d like to invite everyone to play and experience Complex Dream.

Giuseppe: How does it feel to work with Masato Kato himself on such a beloved franchise like Chrono?

Daisuke Takeshima: I first met Kato-san when I joined the team before Another Eden’s release. I remember feeling shocked that I’d have the opportunity to work with someone who had such a big impact on the Chrono series.

I love Chrono Trigger and Chrono Cross both, and played them when they were initially released, but when I was younger I didn’t think much about who was behind them. I tried playing Chrono Cross again when this crossover project was greenlit, and that’s when I felt that the stories and lines were very uniquely Kato-san’s style. It was a strange and overwhelming feeling- I was going to create a crossover with the very person who had created this game, and my memories and my present situation overlapped.

I felt fortunate and also under pressure during development. Looking back, while it was a lot of work, we had fun developing the content. Of course, I can’t let my guard down since we’re still working on the final touches (laughs).

Giuseppe: This feels quite a lot more involved than the usual collaboration you see in free-to-play games. Do you feel like it’s a unique opportunity, or you’d like to continue on this route?

Daisuke Takeshima: In Another Eden, an involved crossover like Complex Dream is actually not unique. In past crossovers with Persona 5 Royale and the Tales of series, we put the same amount of respect into the content and added unique features to each crossover, which I am immensely proud of.

These are still available to play in Another Eden, so I’d like readers to try it out.

I also feel that we are going to continue to go down this path, but also make new endeavors along the way. One of the slogans we have here at Wright Flyer Studios is to deliver new surprises to the world.

Giuseppe: Was there any challenge due to the nature of the collaboration?

Daisuke Takeshima: There are many Chrono Cross fans on the team including myself, so we each had strong feelings about adding this or that to the content. I could say that one of the challenges was that we had to create this crossover as a quest, say on the development schedule, and maintain quality standards we can be proud of.

It’s also important that the crossover can be enjoyed not only by Chrono Cross fans but also by those who don’t know about the title. When I gathered feedback from our team during development, I made sure to also focus on feedback from colleagues who hadn’t played Chrono Cross.

Giuseppe: Another Eden is now in its fifth year of operation in Japan. What is your outlook for the game?

Along with the main story written by Masato Kato, we’d like to continue to release content that allows fans to experience Another Eden in-depth. We’d also like to keep innovating so players can enjoy a variety of experiences, like this crossover.

We’re currently working on “Mythos,” a long-form serial content. You can pick up Another Eden as a new player now and play all the content that has been released so far at any time. I’d like to invite readers to first try it out and look forward to what’s ahead.

Giuseppe: With Wright Flyer Studios also branching into Heaven Burns Red, how is work proceeding at the studio? Incidentally, do you know if there’s any plan to bring that to the west as well?

Daisuke Takeshima: Thank you for asking about Heaven Burns Red. We’ve received positive feedback in Japan as well, and I’m inspired by my colleagues’ work. I’m not part of the development team so I can’t speak on behalf of them regarding release plans or overseas plans, but I’ll definitely let them know that there’s been interest.

Giuseppe: Is there anything else you’d like to share about Complex Dream or the future of Another Eden?

Daisuke Takeshima: Another Eden was developed as a single-player game that aims to reproduce the “adventure RPGs” that we played as children when we were immersed in faraway fantasy worlds. We’ll continue to innovate, but I’m sure that our core beliefs will stay true.

If any Chrono series or JRPG fans came across our game by learning about Complex Dream, I’d be very fortunate if they could play Another Eden and venture out into a tale across time and space with Aldo.

The team and I will continue to do our best to create a world of epic adventures.

If you’re unfamiliar with Another Eden, it’s a free-to-play JRPG originally released in the west for iOS and Android in 2019 and then on Steam this year. It’s directed by Masato Kato of Chrono Trigger fame and also features music by Yasunori Mitsuda.