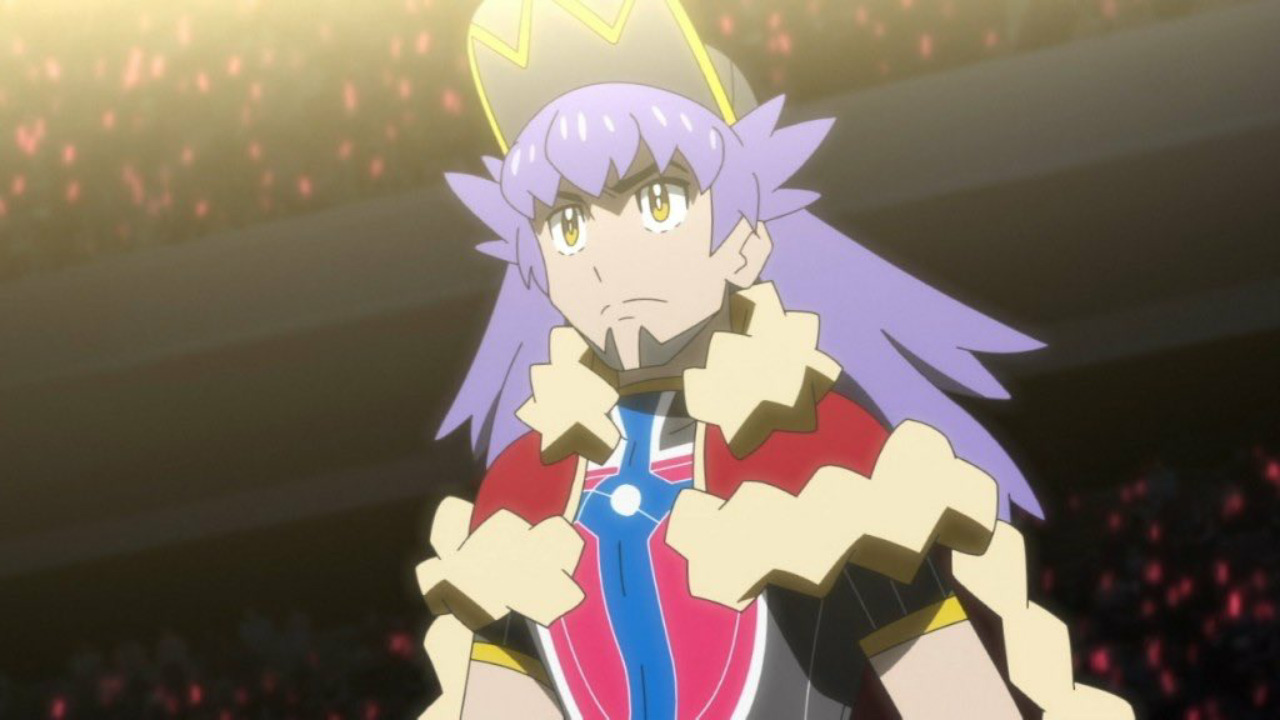 Wallace is one of two gym leaders turned champion. He is a master of water-type Pokemon and the most inferior champion. He is more concerned with making a fashion statement than battling, hence why he’s last in this list of the best pokemon champions of all time.

He isn’t threatening or particularly strong despite being one of the last survivors of the ancient people of Sootopolis. Since his specialty is weak against common attacks (such as electricity and grass), taking him down is one of the easiest battles you will have.

Did I mention he only got the job because he was best friends with the former champion? It’s all about who you know in the Pokemon world.

The original champion of the Unova region is realistically one of the strongest trainers on this list, but Alder wasn’t the same after a tragic accident. Alder use to pursue only strength until his starter Pokemon died.

This led him into despair and turned him into a wandering hobo rediscovering himself. This is all fine and dandy, but he pretty much abandoned his post and left the Pokemon league in a bind.

Leaving things to the Elite Four and rarely showing up to battle worthy trainers hurt his credibility as a champion.

Being a famous movie star with your own fan club is impressive. What’s even more impressive is to be a movie star who is the Pokemon Champion.

She is the first champion to use mega evolution and unlike other champions, you only cross paths with her briefly before it was revealed who she was. Diantha can appear to be standoffish and shy, yet in reality, she is very kind.

Being the busy lady she is, she only takes the time to acknowledge trainers she determines have real potential. Though Diantha has an impressive résumé, her lack of public appearances and selectiveness makes her more primadonna than champion.

The head of the elite four in the region that started it all became the champion in the second generation. Arguably one of the best dragon masters in the Pokemon universe, Lance lacks diversity on his team. He has three Dragonites, which wouldn’t be a problem if the common move Ice Beam didn’t straight wreck them.

Actually, there are only two Pokemon on his team that wouldn’t be utterly destroyed by it.

Lance is a strong and wise leader, but when 67% of your team can be taken out by just one move there is only so much you can do.

Leon is where the list really starts to pick up. Leon of the Galar region is a formidable foe and if you haven’t been keeping up on your Pokemon leveling he will absolutely punish you. While his brother Hop is kind of a lovable loser, Leon is undefeated, competitive, and hates to lose and it shows when he battles you. While most of the gym leaders in Sword and Shield are actually quite easy, there’s a big difficulty spike when you go up against Leon.

His team is not one that you would want to meet in an alleyway as it’s well-balanced and mean: Aegislash, Dragapult, Haxorus, Seismitoad, the starter pokemon that has an advantage against yours, and a Gigantamax Charizard. All of those Pokemon are quite strong and are in the early to mid-60s, so don’t slack or you’re going to have a bad time.

Iris is not only the youngest, but also the first person of color in the history of the Pokemon games to ever hold the position.

Originally the gym leader of the Opelucid Gym, she was asked to become the champion after Alder finally left the position for good. Not only did she accept the responsibility, but she also flourished, breathing new life into the Unova region Pokemon league.

She is a dragon Pokemon master, but unlike Lance, her team is balanced and doesn’t have the same devastating weakness to ice. With a charming personality, this prodigy is a worthy foe.

The original champion goes by many names, but no matter what name you knew him by, his skills were formidable. He was an excellent rival and contender having a well-balanced team in an era where team building was an afterthought.

Despite him being a jerk he took his position seriously and destroyed many first-generation trainers who still had no idea what it took to be a master. Though it was short-lived, he possessed all the necessary qualities to be a great champion.

This man has a fascination with the world around him. An avid collector of rare stones and a proactive leader in his community, Steven doesn’t let his position get in the way of helping anyone in need.

When he isn’t on duty he travels Hoenn to get to know the people and what’s really important to them to increase the life of people and Pokemon alike.

Steven is a master of Steel-type Pokemon that boasts ten different resistances and an immunity to poison. Even with fire Pokemon by your side he has ground moves in his back pocket and stays completely collected no matter the circumstances.

Cynthia is the matriarch of the Sinnoh region and the crème de la crème of all Pokemon League Champions. She is fierce in every sense of the word and has some of the best battle music in the games.

Cynthia is considered by many to be the most challenging of any champion prior or after. She isn’t afraid to switch out and change her battle strategy on the fly and her Garchomp has destroyed many dreams along with striking fear in trainers around the world.

She never refuses a challenge and everywhere she goes a perfect breeze blowing through her hair is sure to follow. #Flawless

So who is your favorite champion? Be sure to let us know below.