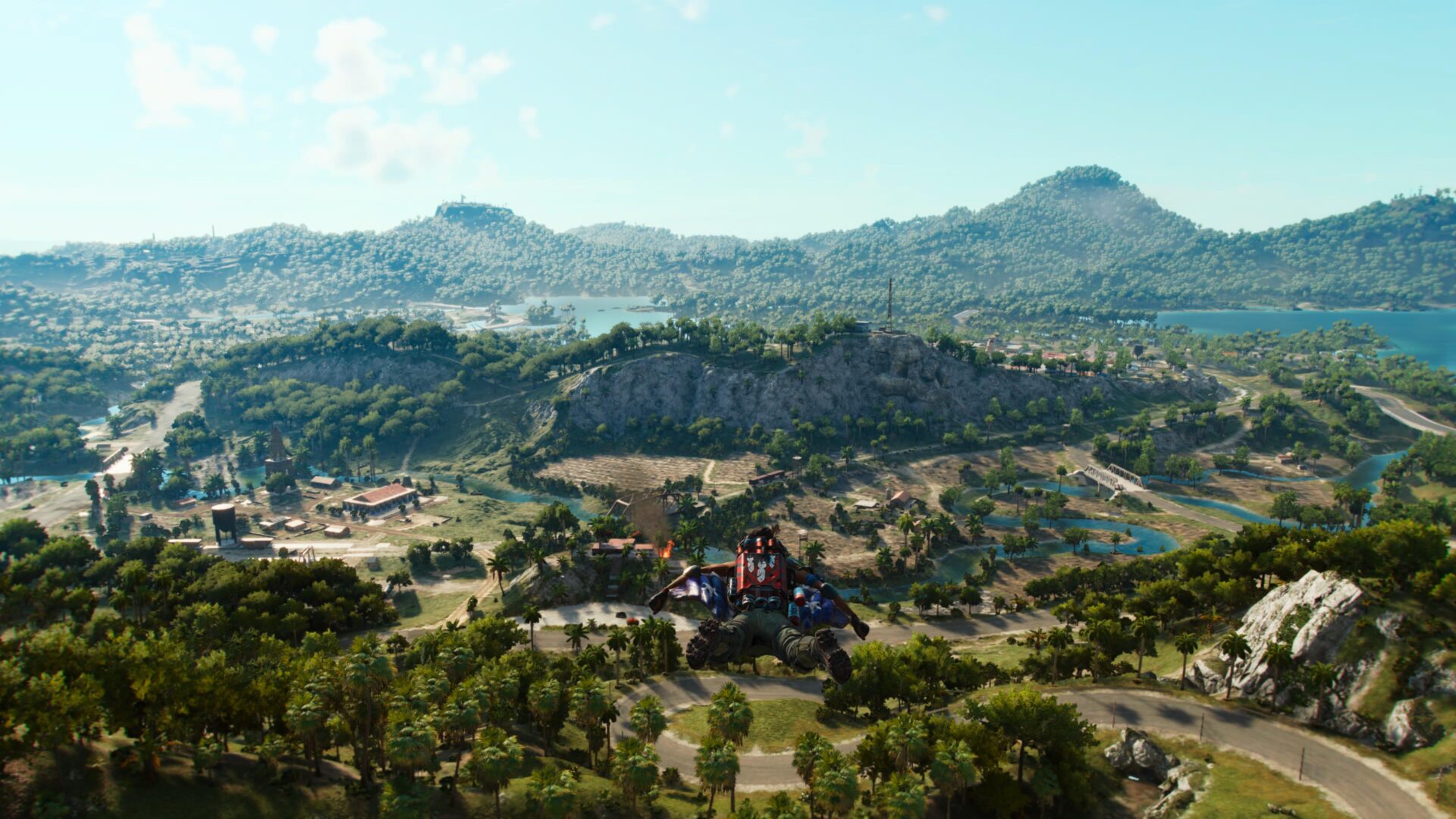 The increasing scale and scope of Ubisoft’s open-world games have been steadily increasing over the years, with each new iteration seemingly larger in size and denser in content. Far Cry has made its anticipated return for 2021, whisking players off to an explosive adventure across a troubled island called Yara — which (surprise, surprise) is absolutely enormous. But just how enormous, is the question we’re here to answer with another of our map measurement articles that attempts to determine how big Far Cry 6’s map is.

As ever, our methodology is only able to calculate a fairly rough estimation; particularly so in the case of Far Cry 6 as its map is extremely awkward in shape. Still, thanks to a waypoint system that allows us to track in-game distance, we can at least work out the total area within a rectangle that more or less represents the area in which gameplay takes place.

Of course, there is a huge area of sea in the middle of the map that we’ll have to estimate as a percentage and deduct, even if it technically counts as traversable since you can cross it via helicopter, jetskis or boats.

Unfortunately, the appearance of Far Cry 6’s map from the in-game menu is stylized, and it doesn’t allow you to view the entire thing even when zoomed fully out.

As a solution, we’re using an image of the Far Cry 6 map as it appears in a cutscene, which you can see above. Here’s what it looks like when with our rectangle laid over the top and with distances included as indicated by in-game waypoints:

So, the distances are 8.24km for the Y-axis and 8.2km for the X-axis (the picture above is angled slightly in the cutscene, which is why the Y-axis looks a little shorter). That makes for a total area of 66.77 kilometers2 or 25.78 miles2.

That would make Far Cry 6 possibly the largest map in the series so far, except for that the fact that so much of that area is taken up by water. Let’s go with 30% as an estimate, reducing the total landmass area to around 18.05 miles2. Again, though, you can technically make use of this space by boat and aircraft, so whether it warrants including that area in the final tally is a matter of opinion.

Here are some other Ubisoft open-worlds to compare Far Cry 6 to:

If you’re interested in yet more comparisons to other large open world games then check out our list of the 25 biggest games of the previous and current console generation. We’ll be adding Far Cry 6 in due course.