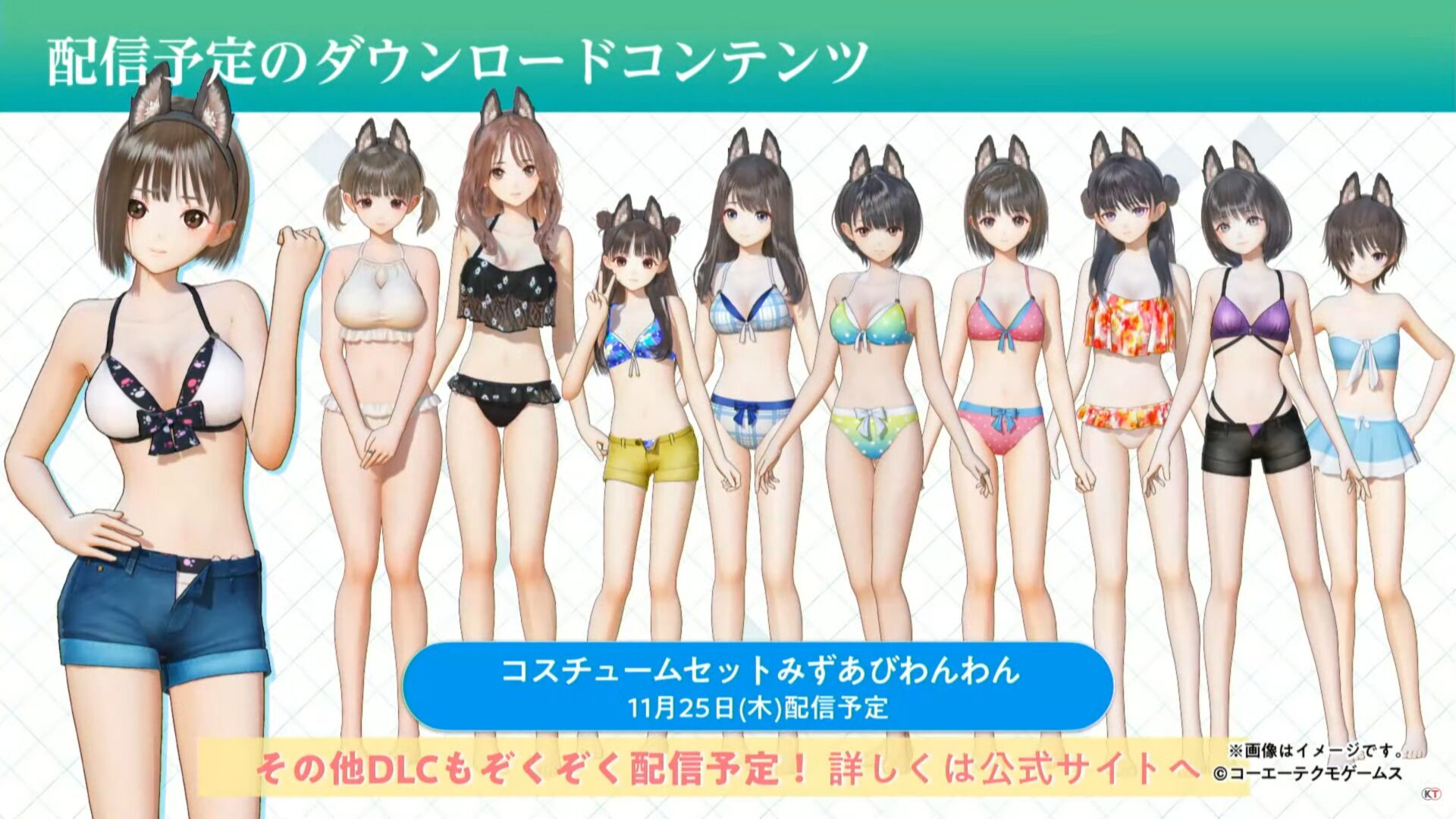 We get to take a look at two DLC costume packs, one focusing on cat ear accessories and maid cafe uniforms, and one on dog ears and swimsuits. They’ll launch in Japan on November 14 and November 25 respectively.

We also get to see a transformation scene, the photo mode, and a collaboration with Atelier Sophie 2: The Alchemist of the Mysterious Dream. If you purchase both games early, you get a costume from each for the other.

You can check everything out in the clips below, set at the correct timestamp for your perusal.

The two clips below show the collaboration costumes.

If you want to see more, you can check out the first trailer, another recent batch of screenshots, another gallery, a third, the first gameplay, and more footage. You should also definitely read our recent interview with character designer Mel Kishida.