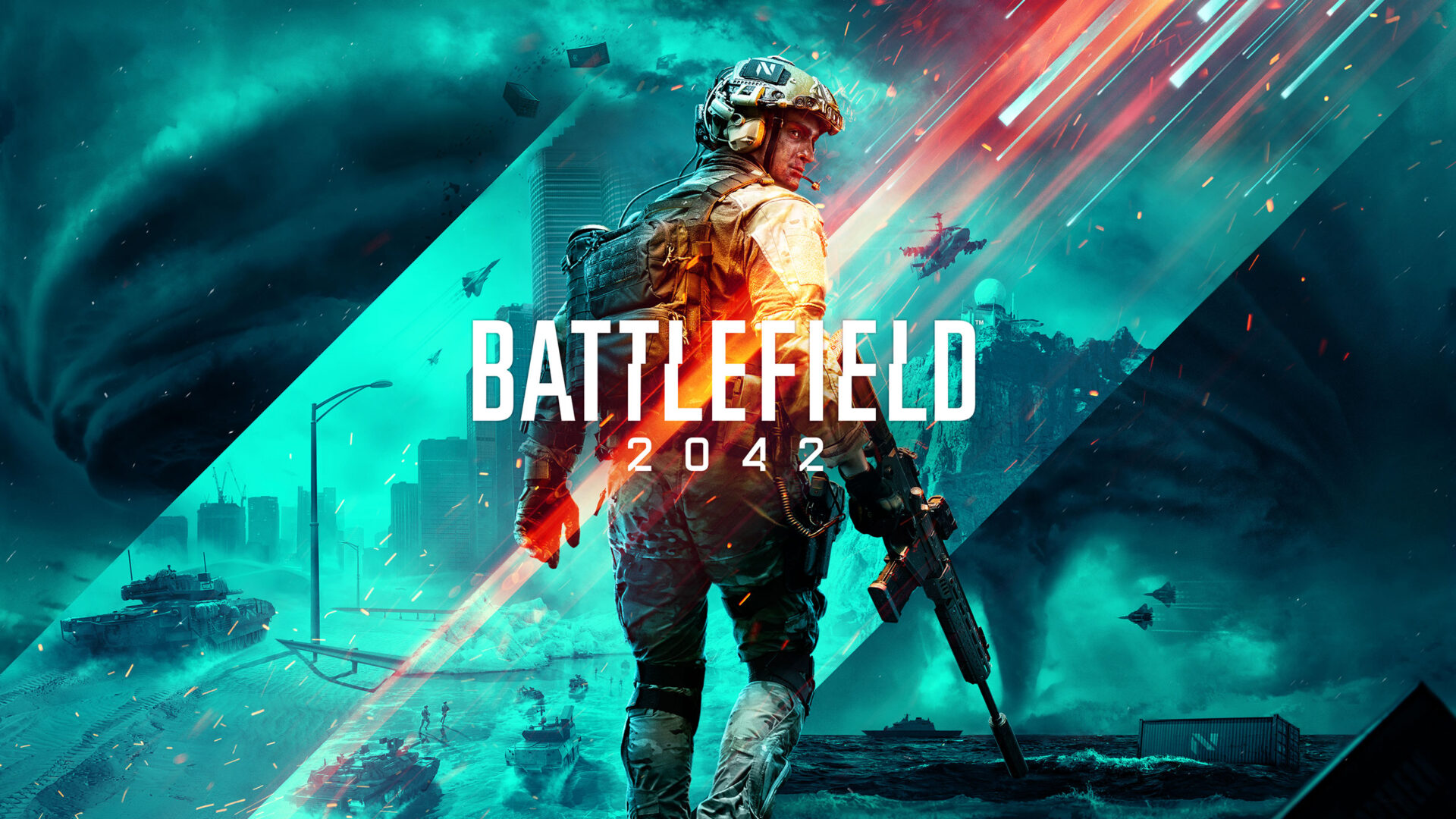 Two days ago, DICE gave members of the Battlefield 2042 community a sneak peek at the upcoming open beta which begins on Oct. 6 at 12am PDT / 3am EDT (which should be live by the time you’re reading this for those who have early access) for all consoles and PCs. The build should be pretty close to what players are going to experience themselves in the Open Beta (hopefully minus a few technical problems we experienced during our hands-on). Those that don’t have early access can hop in on Oct. 8 at the same time.

Battlefield 2042 has been highly anticipated ever since its reveal. Fans have been eager to return to a more modern setting –in this case, the near future– especially after the lukewarm reception to Battlefield V from fans. The trailers have done an excellent job of conveying what appears to be the main theme of Battlefield 2042: All Out War.

The vision for Battlefield 2042 is to create a sense of a massive war that is raging on land, sea, and air. The developers stated to us in a recent presentation that they big open areas where large battles can take place over key objectives and also smaller-scale skirmishes featuring two squads that take place in smaller and tighter locations.

In addition, there’s an extra dash of chaos thrown in for good measure in the way of variable environments on some maps and weather effects that can impact gameplay.

I got a feel for all of that in the map that DICE has chosen to feature in the open beta, Orbital on Conquest mode. It’s a medium-sized map by their new standards in Battlefield 2042, and it features pretty much everything I just described above.

There’s plenty of open areas for sharpshooters and helicopters to wreak havoc. There are underground tunnels for Tanks to more easily move across the map, and also buildings for smaller-scale engagements favoring shorter-range weapons around the many objectives that players will need to secure.

A massive highrise building is prominent in one of the sectors where many players during our play session liked to fight over as acts not only as a great place to snipe but also a staging point to launch parachuters from which, even if it’s not always useful, is always fun to do.

There’s also the giant rocket that will launch mid-map that can be disrupted to cause a massive explosion and the possibility that a tornado can whip through and mess with everyone in its path.

The tornado was highly entertaining. It’s unpredictable; you don’t know when/if it will spawn and what path it will take. When it does show up, it will destroy buildings and suck up and destroy and vehicles and players in its wake. Even if you don’t get close enough to get sucked up, you will experience interruptions in your HUD and radar while being anywhere near it.

Unfortunately, the Wingsuit gadget isn’t available during the beta, but we still did get a taste of four of the ten planned specialists at launch which, in a lot of ways, should feel somewhat familiar to longtime fans of the series. You can read more about them in some detail here, but I’ll point out a few things that should excite you ahead of the beta.

The specialist system is far more open now. Any specialist can equip any gun and that felt great. It was really nice to be able to equip a sniper rifle on Webster McCay, an Assault-like specialist, without having to equip my Grappling Gun (which is a blast to use, by the way, Titanfall 2 fans know what I mean).

Likewise, if you wanted to run Recon with an assault rifle, a shotgun, or whatever, you can. You can also swap out non-class-specific gadgets like grenades to your liking as well. Specialists will give you that unique gadget, and a bonus to a certain type of playstyle, such as Assaults being more nimble while aiming down sights that nudge you in a direction for sure but doesn’t prevent you from playing exactly how you want.

You can also now customize your weapons on the fly which, again, felt really great. I loved being able to adapt on the fly, using my normal “red-dot” scope on my assault rifle for closer engagements, and then switching to an “ACOG” if I started treading into longer-distanced engagements without needing to respawn or just march into certain death.

Perhaps even more impressive than the gameplay improvements, though, was the visual and sound quality. Battlefield 2042, as you probably expected, looks fantastic. Although there’s a last-gen version of the game, the current-gen platforms are getting preferential treatment and have far improved visual quality and even gameplay improvements in the form of larger 128-player max games versus 64 for last-gen.

The sound is what really did it for me, though. The booms from missile and mortar explosions we’re so incredibly intense and immersive. All the guns just sound fantastic. It’s hard to describe, of course, you really need to just experience it yourself. Just make sure to dig out your headset.

Really my only complaints during the open-beta are all pretty correctable issues. There were of course some bugs, clipping, and other common problems from a game not currently in its final state. DICE still has plenty of time to patch those out after the open beta provides them some feedback.

The respawning wasn’t great either, though. Battlefield respawns are always a bit chaotic since you are often just dropped right into the middle of the action, but I saw experienced quite a few situations where enemies were respawning literally right in front of me and I was able to shoot at them before they even realized what was going on, and vice versa to me.

Overall, as long as the servers hold up under the intense pressure of all interested players trying to play as much as possible before it ends on Oct. 10, players should expect to have a blast playing on Orbital. and experiencing some of the crazy new gameplay features like the tornado during the Battlefield 2042 open beta. And, as long as the other maps, guns, and specialists that have yet to be playable match the quality of what is in the open beta (and the bugs get ironed out), Battlefield 2042 should be in good shape for launch on Nov. 19.