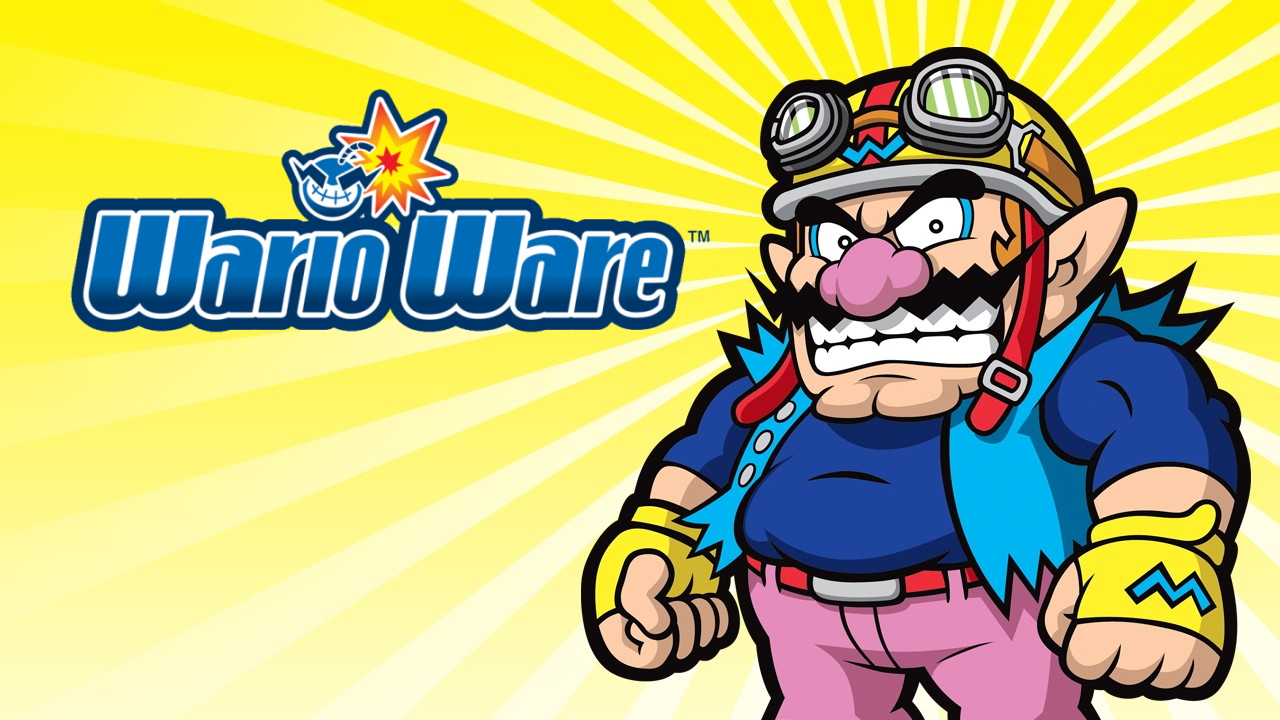 Coming in last place is WarioWare: Snapped!, which was released on the DSiWare service in 2009, making it a digital-only title that is no longer available to download. This game had significantly less content than its predecessors, and its gimmick was poorly implemented.

There were only four levels in WarioWare: Snapped! with a total of 20 microgames, meaning the game could be completed in roughly 30 minutes. The game used the DSi’s camera to take a picture of the player, and you’d use your own silhouette to solve the microgames.

This technology, while creative, was poorly implemented; Sony’s EyeToy was more successful several years prior. It didn’t always work correctly, and when it did, it still wasn’t very fun to use.

Because WarioWare: Snapped! was so short in length, had a bad gimmick, and can’t be obtained anymore, it ranks dead last on our list. Don’t worry about not being able to play it easily anymore; you wouldn’t want to waste your time.

Does Game & Wario really count as a WarioWare game? This Wii U game has been described as more of a spiritual successor to the series, but we’re going to count it here. Maybe we shouldn’t, though, because it’s definitely not one of the strong points in the WarioWare franchise.

Game & Wario is pretty unlike other WarioWare games because it does not follow the same formula of playing through levels with timed microgames. Instead, there are 12 single-player and four multiplayer mini-games, each with different objectives.

Honestly, none of the single-player mini-games are any fun to play more than once or twice. They’re pretty basic, like guiding a character through obstacles, fending off enemies, and reaching a finish line as fast as possible.

There’s exactly one multiplayer mini-game that is extremely fun, and it’s called Sketch. It’s the same premise as Pictionary, in which players take turns drawing a picture on the gamepad while the other players must guess what it is. I had a ton of fun playing Sketch with my non-gamer friends in college, and about 95% of my enjoyment of Game & Wario was from this mode. The rest of the game can be ignored, and you won’t be missing out.

WarioWare D.I.Y. is another odd one to fit into the rankings here. It feels more like a spin-off game and doesn’t stack up in terms of actual WarioWare games, but boy, was it fun in its own right.

For those unaware, WarioWare D.I.Y (which stands for Do It Yourself) was a DS game that let the players create their own WarioWare microgames. That means that this game was exactly as fun or as unfun as you made it.
If you could get through the lengthy tutorial, WarioWare D.I.Y. was an absolute blast, especially for those with creative minds. You could draw your own artwork, create your own music, and set your own objectives for your microgames. You could even design the in-game cartridge that your new games would be stored on.

There was a surprising amount of depth to this game. You were even able to upload the microgames you created to the Wii through a service called WarioWare D.I.Y. Showcase so that players could enjoy what you made on the TV.

Honestly, I’d love to see this type of microgame creation as a side mode in a modern WarioWare game. While the tools were a bit hard to use and required patience to learn, WarioWare D.I.Y. was a great concept, and I could see it being akin to the likes of Super Mario Maker nowadays with modern features.

WarioWare: Touched! and the next on our list may as well be tied. They both used their respective gimmicks to effectively introduce new types of microgames to the WarioWare playlist.

In the case of WarioWare: Touched!, you used the DS stylus to tap the touchscreen to complete most of the microgames. It also utilized the DS’s microphone in which you would blow or speak into for certain puzzles.

This gimmick led to many creative types of microgames; some of them would involve tapping rapidly while others involved dragging items across the screen. There was a ton of creativity involved with catchy music, especially with the introduction of the fan-favorite character Ashley.

Like in the previous game on our list, WarioWare: Twisted! had a specific gimmick that shaped how the player solved the microgames. There was a gyroscopic sensor in the Game Boy Advance cartridge that allowed games to be controlled by tilting the cartridge left and right, one of the few games at the time to have this capability.

In WarioWare: Twisted, the microgame puzzles involved physically rotating the GBA system back and forth and sometimes all around in a circle. Some even involved keeping the handheld device completely still, as the cartridge would be able to detect movement. It also featured a rumble for feedback, making some of the games much more immersive.

The only reason why we are ranking Twisted! above Touched! here is because the former has so many more unlockables and exciting extras that used the gyroscope gimmick. There were playable instruments, records, interactive figurines, and other silly games that could be played after completing the game. Nothing huge or significant, but it was a fun way to showcase the motion technology.

WarioWare, Inc.: Mega Microgames! is the title that started the WarioWare series on the Game Boy Advance back in 2003. It introduced us to the main cast of characters like Jimmy, Mona, and 9-Volt, and threw us right into the microgame madness.

The original WarioWare game was fun, got the point across, and had lasting replayability. It even had a re-release later that year for the GameCube called WarioWare, Inc.: Mega Party Games! that added multiplayer support (we’re counting both games together in this ranking).

Because of the limitations of the GBA, the only way you could interact with most of the microgames was by pressing the d-pad and A button. There wasn’t much room for creativity like there was in Touched! and Twisted! later on, but there didn’t have to be. There was no need for bells and whistles and special gimmicks when the game was that good.

It was simple, straightforward, and ridiculously addictive. Sometimes you just can’t argue with the classics.

3. WarioWare: Get It Together!

The latest title in the franchise, WarioWare: Get It Together! just released for the Nintendo Switch. This is the first WarioWare game that allows players to take control of the different characters, each with a unique ability, to complete the microgames.

All of the microgames can be completed with each character, but since they all have different playstyles, you must stay on your toes to use their abilities to your advantage. It’s one of the biggest deviations the series has taken in a mainline game, but it still follows the same WarioWare formula we’ve come to know and love.

WarioWare: Get It Together! allows you to team up with a friend or family member locally to play through the story mode together. The game also features a myriad of multiplayer modes for working with or against each other.

This latest entry in the franchise is easy to jump into as either a newcomer or veteran and looks visually beautiful with a vibrant art style. It has plenty of replayability and extra modes after you’ve finished the story to continue the fun.

WarioWare: Gold represents many of the best parts of the franchise. It’s a compilation of many of the greatest microgames from the series, along with some brand new ones. And because of the 3DS’s multitude of capabilities, it featured many of the past games’ coolest gimmicks.

Loved the tilting and turning in WarioWare: Twisted? You could do that in WarioWare: Gold. Had a blast with the screen tapping in WarioWare: Touched? Gold had that, too. It also had microgames with just simple button presses like in the original. It really did a fantastic job of covering a wide variety of what the series had to offer over the years.

Pair this with the fact that there were a huge number of unlockables, including the hilarious Wario drawings, and it’s quite easily a contender for top WarioWare games of all time.

Without a doubt, WarioWare: Smooth Moves was the best WarioWare game of them all. Its unique gimmick made playing it absolutely hilarious, especially with friends, and the game’s tone made it stand out from the rest in the most positive way.

Like many other Wii games, WarioWare: Smooth Moves used the Wii Remote motion controls in a creative way. Throughout the game, you’d learn new “poses” for the Wii Remote called baton forms, which basically involved holding it specific ways to complete the microgames.

For example, you’d be asked to hold the Wii Remote straight out in front of you to press the button in a form called “The Remote Control.” You’d learn one called “The Handlebar” which involved holding the Wii Remote sideways with both hands. They could get pretty unusual, like “The Waiter” asked you to hold it in the palm of your hand, and “The Elephant” up to your nose. There were 18 forms that could appear by the end of the game.

The voice of the teacher was completely deadpan and sounded so uninterested, which added to the weirdness and humor of it all.
Many WarioWare games have extra modes to play, but the ones in WarioWare: Smooth Moves were very fun, with minigames like Tower Tennis, Balloon Trip, and several multiplayer games.

To make it even better, WarioWare: Smooth moves had incredibly catchy music and memorable boss stages; anyone who beat the game surely would never forget the final level with the Wario Dance Company. It was giggles all around, and the game remains some of Nintendo’s best work.