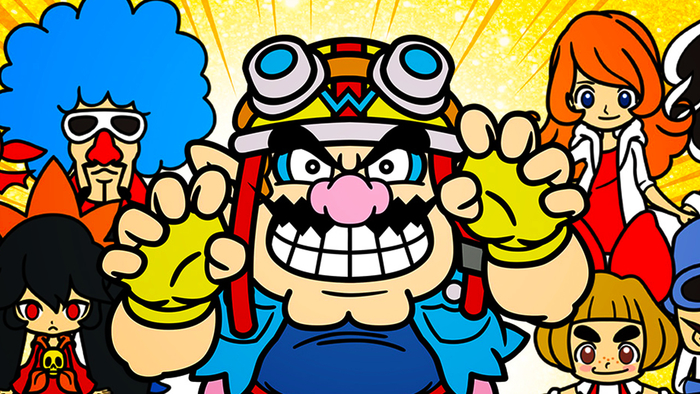 I’ve played each and every WarioWare game since the first one came out back in the Game Boy Advance days, so you can call me an expert when it comes to these fast-paced microgames that Wario and friends love to dish out for whatever reason. Even though WarioWare Gold doesn’t bring too much new to the table when it comes to microgames, what it does do amazingly well is bring back the best of the best and creates the most robust WarioWare experience out there, while also giving the entire cast actual personalities with voice acting for the first time in the series.

In typical WarioWare fashion, the story mode consists of playing through each character’s themed microgames and watching adorable cutscenes before and after each of them, which is probably my favorite part. These characters have been seen in past entries but never with full voice attached to them; it’s not something that I ever knew I wanted but boy has it made all of the difference. Their stories are ridiculous as hell and sometimes make no sense at all, but I can’t lie, they’re super hilarious and constantly had me giggling at my 3DS. The voices give the cast huge personalities and truly flesh out all of the characters. Each stage also ends in a boss minigame that might involve playing a round of baseball or defeating a boxer in the ring – Punch-Out style – but some of the boss fights were really anticlimactic compared to previous bosses in the series, which left me slightly disappointed.

The 12 themed stages are split into three sections, based on the type of microgames that you’ll be playing. There’s the twist league, mash league, and touch league, which gives you microgames that have you moving the 3DS around, pressing buttons, and using the touch screen, respectively. Nintendo didn’t have to separate these microgames, it could have been way simpler for them to just have all of these minigames jumbled together, but the more I played WarioWare Gold outside of my home, the more I took the option for granted.

When I played the game on the train, I didn’t necessarily want to be moving my 3DS like an idiot or using a stylus, so the fact that the game lets me choose what type of microgames to play was surprisingly rad. Also, some of the motion-controlled minigames gave me a little bit of trouble from time to time, but nothing that made me rage quit or anything, just one particular game that didn’t seem to work right. It was a rhythm-based microgame that had me memorizing a specific pattern and then replicate it by swinging the system left and right accordingly. Luckily, this was the one and only occurrence that really bothered me, but all of the other games seemed to work pretty well.

There are 300 microgames in WarioWare Gold, which is a staggering number. After completing the main story, I looked through the index of all of the microgames and found that there were dozens of games that I still have yet to see, which led me to the challenge mode of WarioWare Gold, sporting nine different challenges for you to try out. After trying out all of them at least once, I found myself really enjoying two of them, specifically ones called Sneaky Gamer and Split Screen, starring 9-Volt and Kat/Ana.

Sneaky Gamer has you playing microgames as the Nintendo-loving 9-Volt in a dark room after your curfew. The goal is to complete as many as you can while also trying to avoid your mom, who is creepily lurking all around your room. Get caught, and it’s game over. My heart was literally jumping while I was playing this; 9-Volt’s mom is terrifying and trying to play microgames while looking all around the room for visual cues was stressful as hell, but still really enjoyable.

Split Screen is challenging as well, pushing you to complete microgame after microgame on both the top and bottom screen on the 3DS, not letting you take any kind of break between. It’s very very fast paced and really tests your concentration skills; I would definitely memorize which microgames use touch, motion, and buttons before attempting to get a high score on this one. The other challenges aren’t bad per say, but they are pretty much just endless modes that don’t have as much pizzazz as these two do.

Another one of my favorite aspects of WarioWare Gold is the collecting portion that is just insanely huge and surprisingly deep. Using coins that you earn by playing microgames, you can head over to the capsule machine that lets you unlock all kinds of goodies like music tracks, secret cutscenes, phone messages, info on old Nintendo consoles, playing cards based on the characters, bonus minigames, and a bunch of other stuff. Even the mini games alone provide quality fun when you need a break from the microgames. Some of the goodies may be hit or miss but for those that love collecting everything there is in these games, you won’t be disappointed.

Another way to earn coins is to complete objectives based around all of the modes, which persuades you to go out and try to attain a certain score on the challenges – something that I probably wouldn’t do if there wasn’t some type of incentive. Oh, and did I mention, there are like over 100 of these missions, so it’ll take a while before you get bored, especially if you have a completionist mindset like I do. When I’m feeling microgamey, you can bet I will slowly but surely complete all of these missions and collect everything that WarioWare Gold has to offer.

While I wish WarioWare Gold had more new than old, it’s definitely the ultimate package of microgames that will give any fan of WarioWare something to truly enjoy. There’s tons of content here that presents Wario and friends in a shiny new light that – for a series that has always sort of taken the back seat – is much appreciated as a longtime fan myself. Whether or not this is one of the last big Nintendo games to grace the seven-year-old system that is the 3DS, WarioWare Gold is very much deserving of being a fantastic swan song with lots of fun to be had.