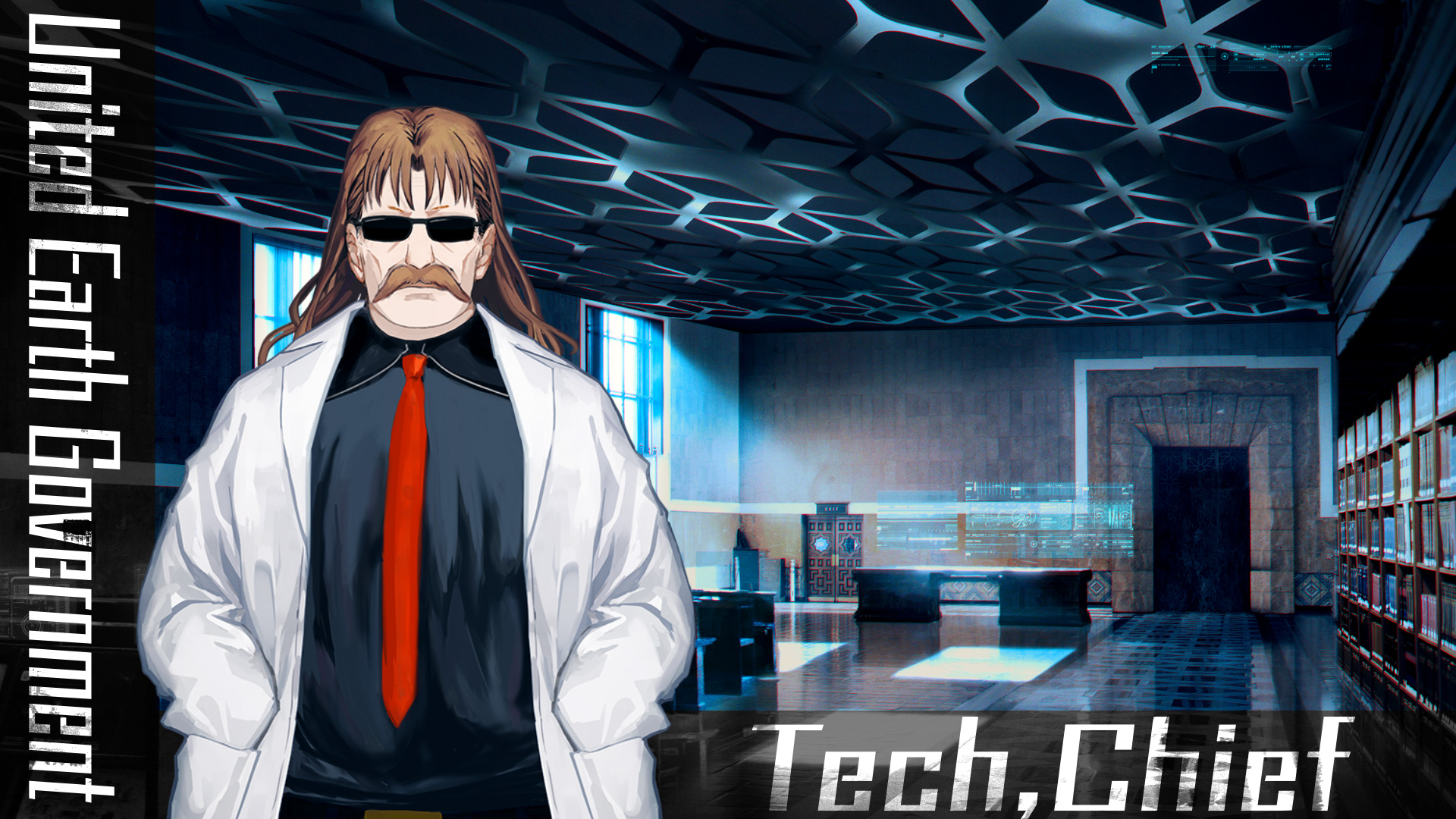 Kadokawa Games revealed another image, a video, and details about its upcoming strategy simulation JRPG Relayer.

This time around we meet the Chief Engineer, who is described as a key figure in the United Earth Government’s countermeasures against the Relayer threat.

He has a “mad scientist” side and conducts inhumane experiments in order to pursue Secretary Greson‘s idea of “defending Earth exclusively with the power of humanity.” He is voiced by Yoshihisa Hosokawa, whom you can see in the video as he introduces himself.