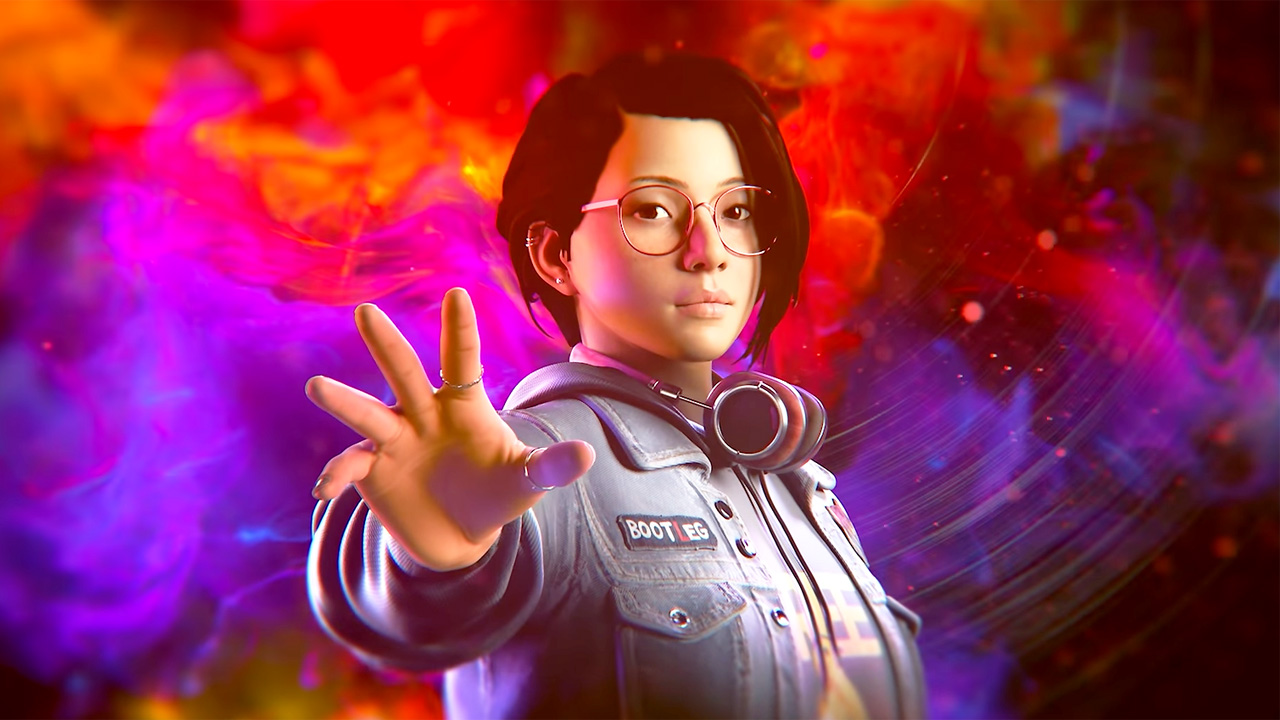 I’ll admit I was a little bit skeptical when I first read that Alex Chen’s supernatural power in Life Is Strange: True Colors was being an empath. After Max’s ability to manipulate time in the first game, and Daniel’s telekinesis in the sequel, the ability to feel and take on the emotions of those around Alex seemed like it would be weak in comparison when it comes to its impact on gameplay. But after playing the opening chapter of True Colors over the past couple of days, I’m delighted to admit that my skepticism was misplaced. In fact, Alex’s empath ability might be the best gameplay hook since Max’s superpower back in the first game, if not ever.

The game opens up with Alex at the Helping Hands Group Home, speaking with her therapist. Having resided there for eight years — and having had her fair share of ups and downs in that time — she’s finally leaving to live with her brother Gabe in Haven Springs, Colorado.

It’s in this opening scene that one of True Colors’ most notable visual improvements can be spotted. Alex’s face is more subtly animated. Furrows of her brow when she struggles to comprehend a question or is frantically thinking about how to answer. Glances to the side, a flourish of rapid blinks as she dodges questions. Reluctant to accept that reuniting with her brother and interacting with the townsfolk of Haven Springs may be more challenging for her than the normal person.

It may seem like I’m unduly gushing over such a minor detail, but these more nuanced facial expressions help enrich each and every social interaction Alex has with her therapist, brother, or whoever she may end up bumping into around Haven Springs. It gives insight into how worried she is about social interactions. How her superpower may take over and land her in trouble in an environment less understanding of her emotional outbursts than the care home, or her discomfort in social situations. It also removes the need for over-the-top hand movements and generally awkward facial expressions seen in earlier entries in the series, providing more authentic and natural interactions.

And just like that, Alex finds herself in Haven Springs, a beautiful village deep in the mountains of Colorado. Flowers of purple, pink, yellow, red, and orange line the streets, contrasting with the lush greens of wildgrass and pine trees. The tranquil sound of the water running down the river as wild deer wander down for a drink.

This is the first example of one of Alex’s ‘Zen moments,’ where she just soaks up the beauty of her surroundings, and a track of the — once again — stellar soundtrack kicks in. Another selection of standout indie tracks that just feel right for each cutscene that they accompany.

It’s not just the sights of Haven Springs that are interesting. The core cast of characters, from love interests Steph and Ryan, through to lovable bar owner Jed and what I can only describe as the inevitable troublemaker Mac each have their own quirks, even if the writing didn’t always hit the mark. It’s largely great, feeling like authentic, natural conversations, but it’s not flawless.

Even outside of your conversations with the citizens, Haven Springs is alive with things to see and do, and you can keep tabs on the random events like the Spring Festival, movie nights at the indie theatre, and competitions from the local dispensary by checking out MyBlock (a social media platform for the town) regularly. All the citizens can be found commenting and flaunting their opinions, dishing out banter to one another and it’s a great way of getting to know the characters and the various dynamics between them, as well as providing small hints at the seedy underbelly of this rural retreat.

Before long, Alex is catching up with her brother Gabe, cracking awkward jokes and spieling off a series of puns about a garden gnome. She’s endearing in this way. Shy, a little awkward, and relatable. I mean, we’ve all been in her shoes, kicking ourselves mentally for saying something cringey — like telling the waiter to enjoy their meal too upon being served it in a restaurant. She’s good with kids, fiercely loyal to those she loves, and at least through the decisions I made, always wants the best for people.

Of course, True Colors wouldn’t be a Life Is Strange game without some tough choices to make along the way and a healthy dose of the supernatural. There were plenty of examples within its opening chapter of the former that had me flitting back and forth between my two options. They’re as strong as ever in True Colors and I’m looking forward to digging deeper into how these impact the narrative as I progress through the later chapters.

The very first time we get to see a glimpse of Alex’s empath superpower kick in, allowing her to see her brother Gabe’s sadness when they were reunited really hit home with me. She not only has to deal with her own emotions but those of the people around her. Her friends, family, even strangers passing by on the street.

While ordinary people get to live in blissful ignorance of other people’s problems and negative emotions, Alex sees and hears it all, sometimes even channeling it in an uncontrollable outburst. She sees the pangs of regret radiating out of Gabe that he missed her younger years of her growing up, and a quick pan of the camera to her face shows her anguish at this.

It’s here where Alex’s power (or curse as she deems it) begins to feel like a perfect fit for the series. Life Is Strange has always been about interacting with people, making decisions on what to say to which people and dealing with the consequences. Being able to read people’s deep-seated emotions allows Alex to approach situations in different ways and she can even tap into ‘resonant objects’ allowing her to summon a strong memory connected to them, in turn granting more of an insight into its owner or an event from the past.

I can’t wait to see how else I can use Alex’s power to better learn about the locals and history of Haven Springs. To tap into their emotions to help me get to the bottom of the overarching mysteries and secrets of the town.

Staying true to the series’ overly dramatic roots, True Colors’ opening chapter ends with Alex getting tangled up in a bit of a mystery, one which, depending on a decision you make, you can help lessen the immediate impact of. This provided another prime example of how Alex’s power doesn’t just have ramifications on her own emotions, but her ability to complete certain tasks, especially if she feels someone else’s fear. But Alex slowly shows some kind of progression with using her power for her own good in Chapter 1. To help relate to people and help them overcome their own demons.

The first chapter of Life Is Strange: True Colors does a great job of welcoming you to Haven Spring and getting you accustomed to the nuances of Alex’s power. The characters are memorable and largely likable, and that’s thanks to the writing which really brings their personalities to the forefront of your experience.

It manages to juxtapose beautifully tranquil moments, like Alex’s acoustic rendition of Radiohead’s Creep on her guitar, a song that almost perfectly monologues her feelings at that moment, with the heated drama we’ve seen so many times in Arcadia Bay and on Daniel and Sean’s journey from Seattle to Mexico.

Though I’ve not delved into too many details about them here to save the surprise and intrigue for yourselves, there were also clues of sinister secrets and strange goings-on about the place that has got me intrigued in a similar way to how the original game and Before the Storm did, less so the sequel.

This led to me spending far longer in this opening chapter than I’d initially expected to, scouring every nook and cranny of the town in search of another little contextual tidbit to help flesh out my understanding of the dynamic between the characters and the history of Haven Springs. Who likes who, who’s got an axe to grind, the town’s mining heritage, and who’ll be a good, reliable friend for Alex as she settles into her new home. I’m eager to dive into the rest of her adventure, despite being well aware of the emotional rollercoaster I’m letting myself in for.