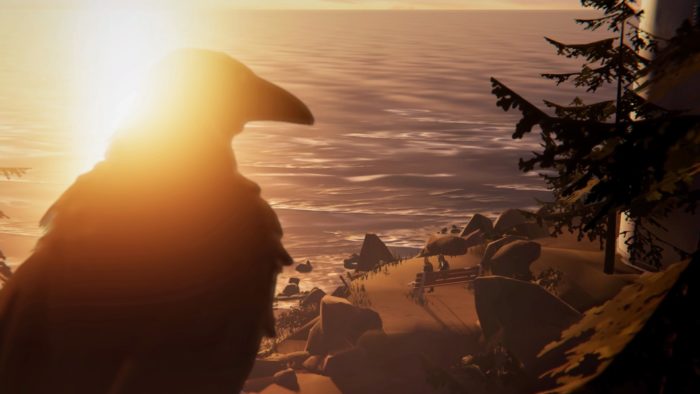 Life Is Strange: Before the Storm – Episode 3 on PlayStation 4

All of us would probably say we got up to some crazy stuff when we were teenagers, but I don’t think most people can top the few days of absolute chaos that Chloe and Rachel manage to bring to Arcadia Bay in Before the Storm. Episode three marks the end of the series and ties a neat little bow on the crazy events the pair have gone through, and though just as enjoyable as the rest of the series, I still have my fair share of unanswered questions.

Episode three kicks things off from exactly where episode two left off, providing a ton of that immediate closure we all crave when episodic adventures like to end on cliffhangers. It feels right to get this out of the way, especially considering the many twists and turns that the remainder of the episode holds. Prior to episode two’s end, Chloe and Rachel had been planning to make a getaway and live together for the rest of their days outside of Arcadia Bay. This is Life Is Strange, though, and nothing’s ever quite so simple.

Episode three sees Chloe in a much more vulnerable position than we’ve seen her, even in Before the Storm’s previous episodes. This time, Chloe’s actions and words felt sincere in a way that they seldom felt beforehand. Chloe’s actions showed she genuinely cared about something for once, and that perhaps the positive change she needed in life was finally coming her way.

Similarly, the finale also managed to alter my perceptions of characters completely, simply by dropping a very interesting tidbit of information or by showing how they react in a tough situation. It constantly had me questioning whether what I was hearing was true, or exactly who could be trusted in Arcadia Bay. This helped to add to the twisting narrative, but in piquing my curiosity in certain characters or relationships, I was left a little bit disappointed when these more minor threads were still left unexplored in the end.

In covering as much as episode three does and having to offer up a satisfying close, the pacing does feel a little off. One moment, Chloe will be leisurely taking her time with a menial task, the next she’s dashing from one place to the next. It makes it difficult to digest everything that’s going on, and there’s definitely some moments (and characters) that could have been fleshed out further had Deck Nine not had so much to cram into a bite-sized episode.

We’re not going to say much more on the story, mainly because we don’t want to ruin the experience for fans, however, it’s worth stating just how much Before the Storm enriches your understanding of Arcadia Bay and the characters that inhabit it. You see characters in a completely different light, see the transition from brown-haired Chloe to blue-haired Chloe, and realize that some people are just completely misunderstood.

Episode three offers up a fitting end for Chloe and Rachel’s story, though the decisions you make along the way will ultimately decide how your story ends. There’s a handful of more significant choices you’ll have to make throughout episode three, though, as you may have guessed, Deck Nine saves the best until last. The series’ final decision had me contemplating every possible outcome, just as the original series did back in 2015. It plays more on the idea of a moral decision rather than something that’s going to change the world and considering the change of tone from the supernatural to the more personal story being told in Before the Storm. It works perfectly.

That doesn’t mean there’re just two endings, though. Just as the game has been changing ever so slightly based on the decisions you made, so too does the ending to your story. These aren’t massive variations, but I did find that they pretty accurately calculated the relationship that I wanted my Chloe and Rachel to have, as well as the type of person I wanted Chloe to be. In that sense, Before the Storm has a ton of replayability, especially for those who just love to appreciate all of the subtle differences your decisions will make along the way.

Even with the game giving me an ending that resonated with my experience so perfectly, the ending did feel a little bittersweet. The aforementioned minor character threads are still niggling at me as I write this, but there are larger questions I’m sure fellow fans have had since Before the Storm got announced that are still left unexplored. I’d have loved to have gotten that last bit of closure to truly finish my time spent in Arcadia Bay, but I guess loose ends means there’s always the chance for another season to finally put fans’ minds at rest, or maybe they’ll be touched upon in the Farewell bonus episode due sometime next year.

Deck Nine had a pretty tall task when it came to Life Is Strange: Before the Storm. Creating a prequel that would satiate the series’ fans is tough enough, and they’ve passed with flying colors in that regard. However, it’s the way in which Deck Nine has really honed in on the identity of the original series that makes it so special. It provides so much extra context to the world in subtle ways, the original soundtrack by Daughter is a match made in heaven for all the emotional teenage drama, and the intricate ways they weave your decisions into the story offers up ample reason to revisit Arcadia Bay all over again. If you’re a Life Is Strange fan who hasn’t picked Before the Storm up yet, go ahead and do it. Before the Storm is the more personal take on the series’ formula, forgoing the supernatural elements of the first series in favor of something more real, and I’m so glad it did.