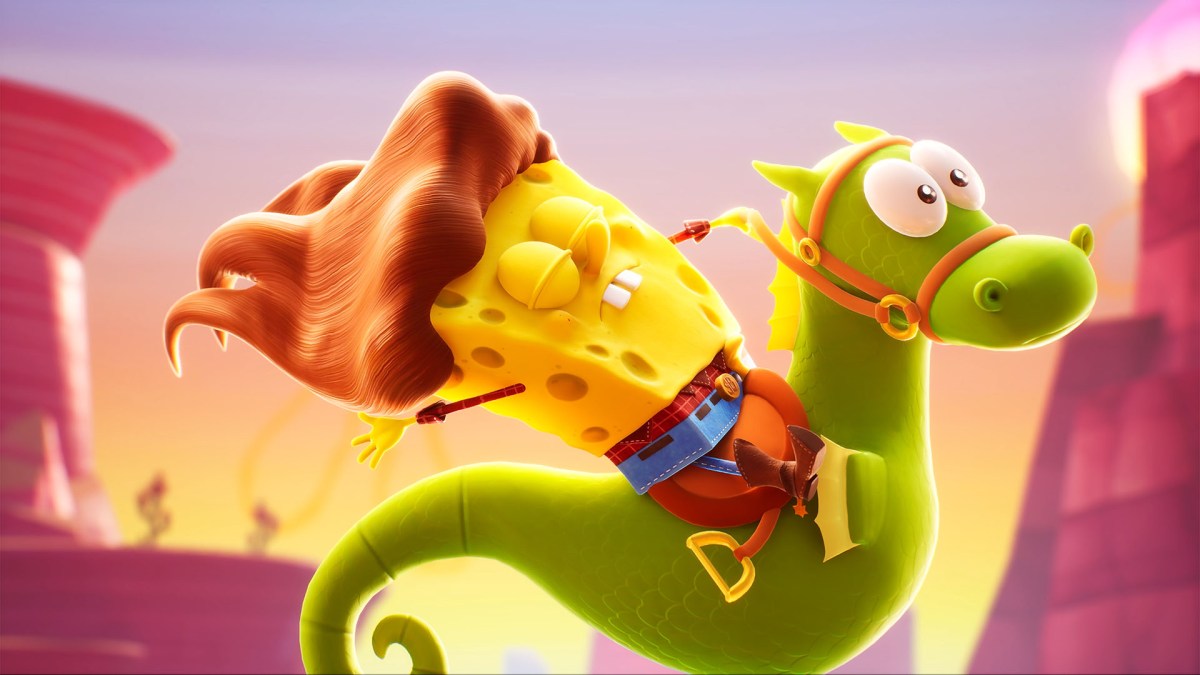 The beloved THQ action game from the late 2000s, Destroy All Humans 2! will be receiving a remake rebuilt in Unreal Engine 4, and today during the THQ 10th Anniversary stream, we got a bit of a taste of what to expect.

The remaster is being developed by Black Forest Games, the team that handled the revival of the first game in the series, and will launch on Xbox Series S | X, PS5, and Switch. No official release date is confirmed.

Aside from just being a prettier version of the now over 10-year-old game, Destroy All Humans 2! Reprobed will also include small new features such as the ability to give Crypto’s saucer a paint job and some new skins from the first game.

In what was one of the more surprising reveals of THQ Nordic’s anniversary stream, Spongebob SquarePants is getting a brand new 3D platforming adventure called Spongebob SquarePants: The Cosmic Shake. The trailer above is fun but doesn’t reveal too much about the gameplay.

Here’s what was gleanable from the game’s official website:

Spongebob SquarePants: The Cosmic Shake is confirmed to be a last-generation game for PS4, Xbox One, and Switch.

Speaking of surprising developments, Outcast 2: A New Beginning is a thing! THQ Nordic is reviving the series properly this time by supporting the development of a brand new game in the series.

In what should be pleasant news to fans of the original game, Appeal Studios, the team that made the first Outcast, will be back to work on A New Beginning.

As for what you can expect, there’s not a whole bunch known yet, but it does look very pretty in the in-game trailer shown above. We do know that Outcast 2 will be an open-world, action-adventure game set in 3rd person with a non-linear story that will progress depending on player actions.

An official description, though, gives us a little insight on the story at least:

“Twenty years after the events of the first game, Adelpha finds itself under threat of invasion: ruthless corporations are exploiting the planet and are enslaving and even killing the people. Cutter’s mission is clear: organize a resistance, rescue the people, and get rid of the invaders.”

A third numbered entry in the turn-based tactical strategy series, Jagged Alliance 3, was revealed during the livestream.

The trailer, like many of the ones featured, was mostly cinematic but does have a few snippets of gameplay towards the end that can give you a feel of what to expect.

In Jagged Alliance 3, you’ll take control of a mercenary force that is hired to fight back against an enemy paramilitary group known as “The Legion” which takes over the fictional country of Gran Chien.

Jagged Alliance 3 will release on PC and have a co-op multiplayer mode.

Jagged Alliance 3 wasn’t the only new strategy game confirmed today as SuperPower 3 also made an appearance during the live stream. THQ Nordic clearly knows how to count to three.

SuperPower 3 revives the classic geopolitical simulator and will offer players the ability to control up to 194 different countries and play out realistic and dream scenarios. Not much is known about the gameplay, and the best we can get for information on it right now is on the game’s official site, which is German.

Here’s an official description at least to give you an idea of the direction the developers are going for this one, and a link to some gameplay of the previous game in the series (via TortugaPower on YouTube) to give you a feel for what SuperPower 3 might be jumping off from:

“Superpower is tailor-made for all the megalomaniacs out there who are convinced they would do a much better job of running the world than the real-life leaders across the globe! In this grand strategy game, set in the contemporary world, your goal is to lead your chosen nation to world domination or to master special scenarios. Wouldn’t it be tempting to re-establish the British Empire? Players take control of the economy, politics, diplomacy, social development, military strategy, and more. If you ever wanted to become the ruler of the world, in Superpower 3 for PC you can give it your best shot!”

Finally, although the trailer is extremely brief, if you’re a fan of off-road racing you’re probably happy to at least know of the existence of MX vs. ATV: Legends, a new game in the series that will be coming to PS5, Xbox Series X | S and PC.

The trailer is just sizzle with not a whole lot of steak, but the game’s official website does tell us a little bit more about MX vs. ATV: Legends.

There will be a career mode where you’ll be able to make choices that influence the direction your career takes. It will feature 2-player split-screen and a 16-player online mode and squad-based gameplay.