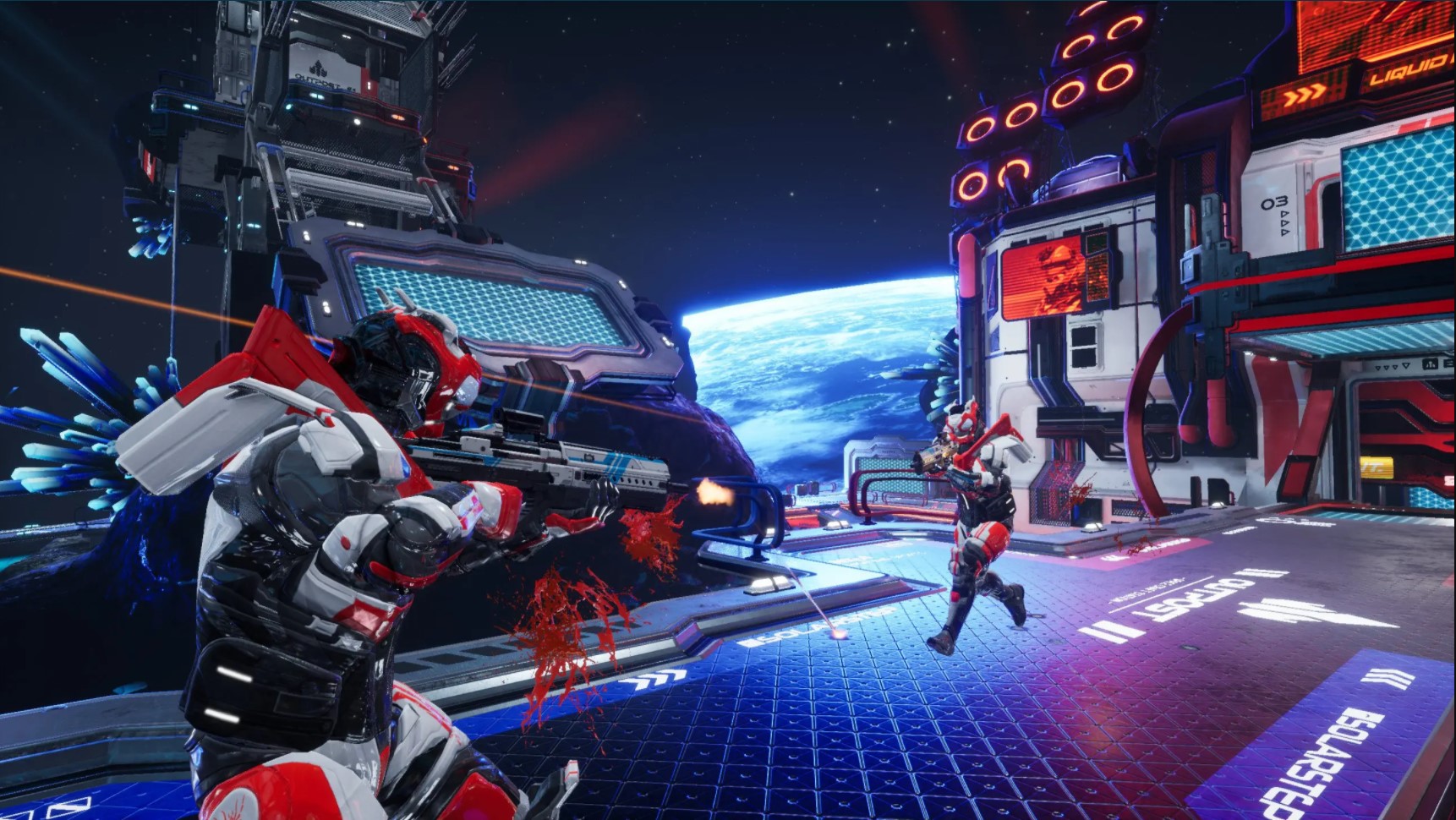 Every once in a while, a new game seemingly comes out of nowhere and takes the world by storm. In 2017, it was Fortnite, last year Among Us went from being an obscure title to the smash-hit social savior in the pandemic, and in 2021 it’s Splitgate’s time to shine. Having been in beta on PC for over two years, the game’s only risen to prominence now thanks to its beta release on PlayStation and Xbox consoles in the past few weeks.

Its release on consoles has catapulted the game into the mainstream conversation. Its blend of Halo’s multiplayer combat and the Portal series’… well… portals, has caught the eyes of many and bolstered player numbers significantly.

But therein lies the current problem so many potential Splitgate players are suffering from right now. The servers simply do not have the capacity to accommodate this influx of new console players eager to see what all the fuss is about.

As a result, the game has been plagued with server issues, to the point that developer 1047 Games has had to introduce a queue system to control the flow of traffic to the Splitgate servers.

I’d seen talk of these server issues on Twitter a few days prior to jumping into the game myself, but I’d somehow managed to avoid this for the most part (probably because I was playing in non-peak hours thanks to living in the UK). However, after recording countless clips of me pulling off MLG Pro plays (read: average plays that I’m still amazed I pulled off) I found myself playing Splitgate in every free chunk of time I had, resulting in me eventually finding myself right at the back of these rather lengthy queues I’d heard all about.

And queue I did… for 5 minutes one night, and then about 10 minutes just last night. Now, I should point out that this is absolutely no time at all to wait and this is very much a first-world problem. Especially given that mere days before I hopped in, wait times were at least 90 minutes.

In comparison, my wait times seem a non-issue, but given we’re so used to just loading up a game and connecting to the servers right away, these minutes feel like an eternity. In an era of video games where SSD’s and some technological magic on Xbox and PlayStation’s part make returning to a game you suspended hours (or even days) ago a seconds-long process, this rings especially true.

You finally have time to scroll Twitter again, to go and grab a drink or… whatever menial thing you like to do to fill the empty void of not playing a game. You think about your ex — no not that one, the other one — contemplate what your life would be like if you owned jellyfish, and if your ex wouldn’t be your ex if you’d owned said jellyfish all those years back. Spoilers: they would still be your ex.

But then the wait times are over, and you’re reminded why you’ve just waited in a seemingly thousands-long virtual queue. Everything in Splitgate feels like it has been so meticulously crafted to feel satisfying. The way your character crushes the ‘Drops’ that contain cosmetics with a pull of a lever. The fluidity of movement when you get the hang of gliding through the air with your jetpack or gunning down countless players through your carefully hidden portal while you sit on the other side of the map, cackling like a maniac. Or just the ‘ping’ as you rack up another headshot.

There’s a whole lot to love about Splitgate, and it’s not just because it’s taken such heavy inspiration from such beloved franchises. Developer 1047 Games has poured its time and energy into the important areas. How the game feels, rather than how the game necessarily looks.

Cosmetics are few and far between right now, and the monetization and Battle Pass systems still feel very barebones (though this is likely to change come the full release), but the game feels great to play, and in this beta period, first impressions are everything.

Even outside of the gameplay, Splitgate has a competent checklist of features to help its long-term growth and success. There are already competitive and ranked playlists for more serious players to really hone their skills. Crossplay is enabled across all platforms so you can squad up with friends regardless of whether you own the same console (or for that one friend who plays on PC and claims they ‘played Splitgate before it was cool.’ They didn’t.) Daily and weekly challenges give players a reason to check in and play, and performance (on Series X at least) has been stable and buttery smooth.

Despite its unavoidable similarities from its blatant inspiration, Splitgate is more than the sum of its parts. It’s had me more excited and eager to play one more match than any game has in a long time. It’s got that multiplayer magic to it and it’s free at the point of entry making it easy to recommend to everyone you know.

Just don’t let the queue to connect to the servers put you off. Trust me, it’s absolutely worth the wait.