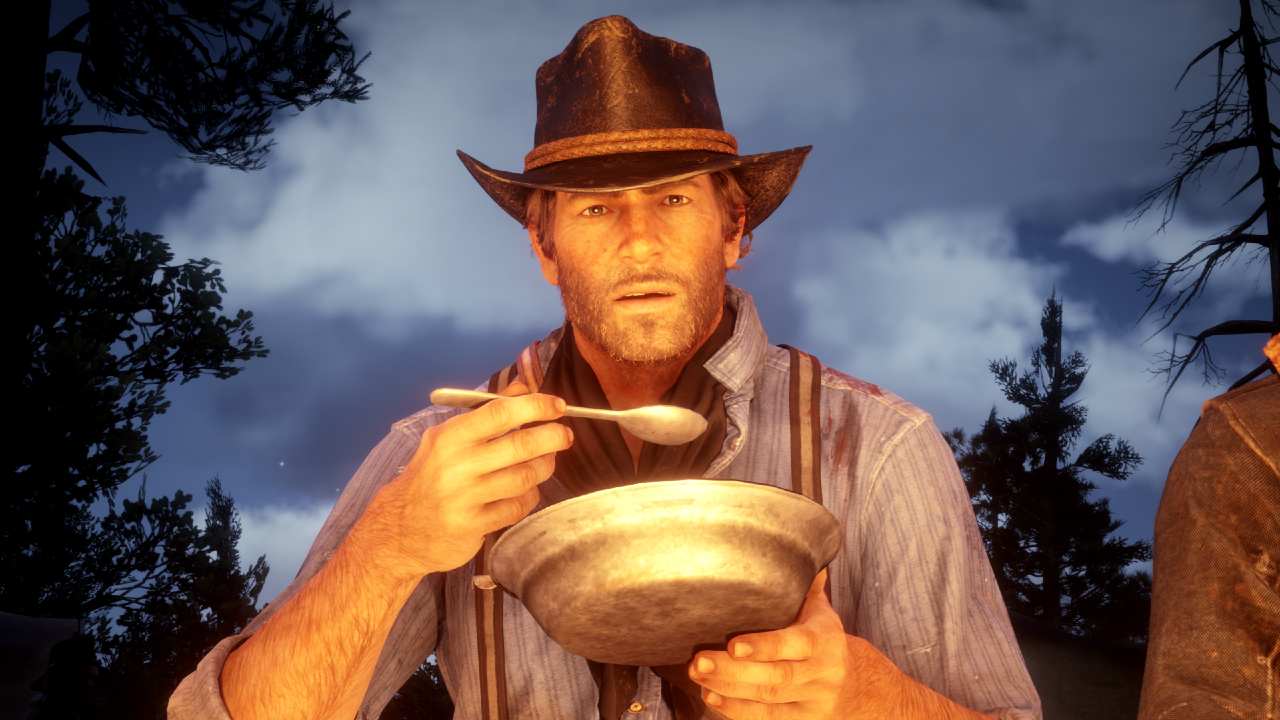 Red Dead Redemption 2 is known for having a massive map. In fact, according to one player, it is about 29 square miles. In total, that takes about 16 minutes full sprint on a horse to get from one end to the other. But what if you were to do that while on foot…carrying a bowl of stew?

That is exactly what well-known Redditor GAME-LAPSE looked to accomplish in their most recent clip that was posted to the Red Dead Redemption 2 subreddit. As you can see down below, this impressive three-minute sped-up time-lapse shows that they were able to get Arthur from one point of the map to the other while carrying a bowl of soup.

Now, while that may sound like it’s a simple matter of patience, there are plenty of variables that mean accomplishing this feat isn’t a simple walk in the park. According to GAME-LAPSE, it took them over 11 hours of failed attempts to get this clip and complete the self-imposed challenge.

But why did it take that long? Well, if you’ve ever played Red Dead Redemption 2, you know that there are plenty of animals that make up its environment. And while some of them are cute and cuddly like rabbits, there are just as many that will maul and kill Arthur on site, especially when he’s got some delicious stew in his hands.

It’s an odd and impressive feat that we can’t see anyone else replicating any time soon. Be sure to let us know what you think about this Stew Bowl challenge in the comment section.

While you’re here, why not check out all of the other Red Dead Redemption 2 content we’ve got to offer. That includes plenty of news, features, guides, and opinions on anything you could ever hope for, and it is all located in the related articles section just below.