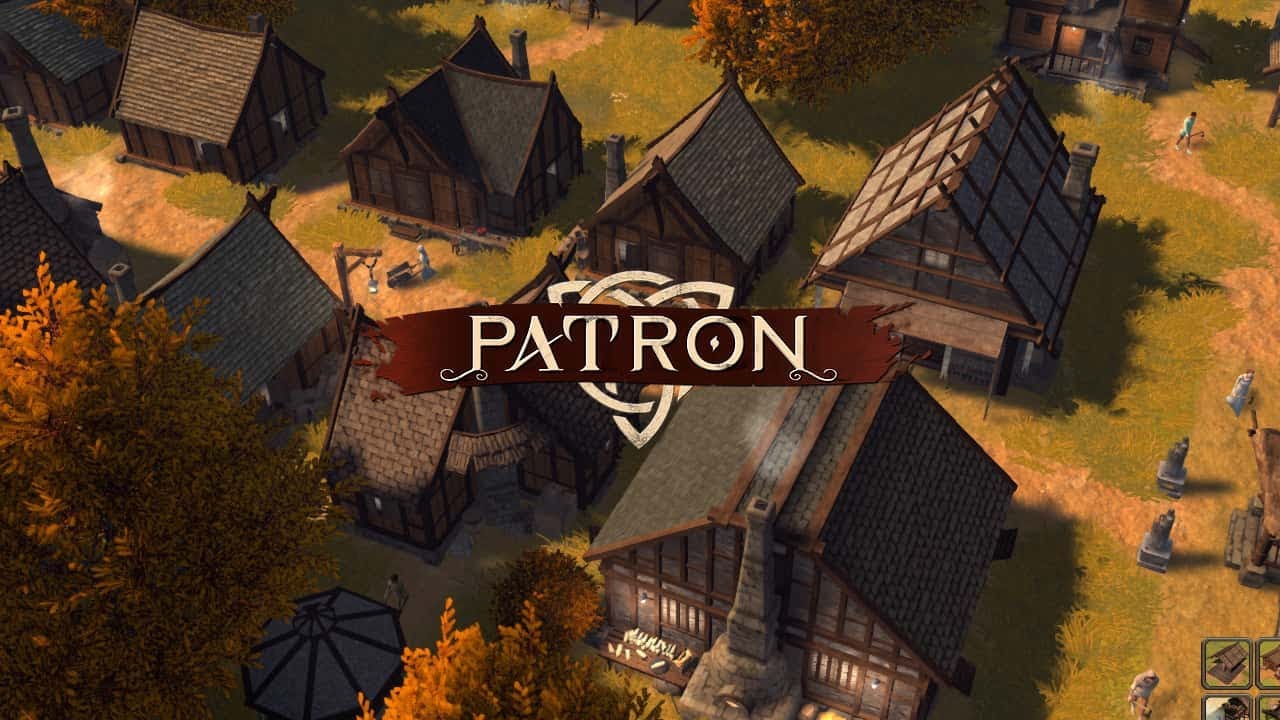 City-builders are compelling for a reason: it’s fun to build a little hamlet from scratch, then watch as it slowly grows into a village, a town, a city, and before you know it, it’s a whole damn kingdom. It’s incredibly satisfying when things go your way, and you can just sit back, relax, and watch as more people flock to your kingdom hoping to find a spot there to settle down. Until it’s not. City-builders can also become a bit of a nightmare if you’re careless in your resource management, though it’s always possible to bounce back with time. Patron, however, shows no such mercy.

Developed by Overseer Games, Patron is a beautiful medieval city-building game that isn’t afraid to punish the player for being overly ambitious or careless with expansion.

During my first run, I was excited by the prospect of building proper houses and shelter for the homeless people milling about my lands, so I did that. Then, I started gathering resources by cutting down trees and mining the rocks in my surrounding areas. Soon after, I started looking into building even more facilities and houses to grow my population. After all, the more people you have, the faster you’ll be able to gather resources, right?

Right… except I’d completely forgotten about that one note in the reviewer’s guide. The note that told me not to get too greedy with expansion when I was just starting out, and that I should focus on preparing for the first winter. Yeah, about that. By the time winter rolled around, I found that I was woefully underprepared for the harsh conditions. My people starved, they were unhappy, and eventually, my population dwindled.

As it turns out, it’s pretty difficult to make a comeback once your population has shrunk in Patron. It was a nightmare situation, and my only option was to just start a new game and do better than I did my first time around.

This time, I didn’t focus on population growth and expansion. That came slowly as I worked on resource gathering and facilities that would help make sure that my village was well stocked with supplies and necessities that would help us overcome the winter. And wouldn’t you know it, this run went a lot smoother than the previous one.

That’s not to say that the rest of my run was smooth-sailing; Patron isn’t afraid to throw random narrative events at you and force a wrench into your well-laid plans. Make one bad move or one wrong decision, and things can go awry very quickly. This didn’t feel entirely unfair, though, as careful preparation should always allow you to get through safely.

Essentially, you need to play carefully in Patron, or risk losing everything. It’s punishing, but I like that about the game. This isn’t a city-builder that’s designed to fulfill your god game fantasies; it’s about being a responsible leader and knowing when to scale down your operations where necessary.

Patron also features a very extensive skill tree, similar to the Technology tree you’ll see in games like Civilization or Humankind. It’s so extensive that it feels near impossible to unlock everything in a single game, but it does offer very satisfying upgrades, such as carpentry, fishery, mansion, and tons of other structures that help evolve your little hamlet into something a bit more advanced.

I will say, though, that Patron has a rather steep learning curve. It’ll take a bit of trial and error in your first couple of runs before you learn what needs to be prioritized, and what can be left on the backburner. The controls also take a bit of getting used to, as I found the UI to be a little unintuitive at times, and it could be difficult and overwhelming to parse through everything and figure out exactly what you could interact with on the map.

Make it past that initial hurdle, however, and you’ll find that Patron has a lot to offer.