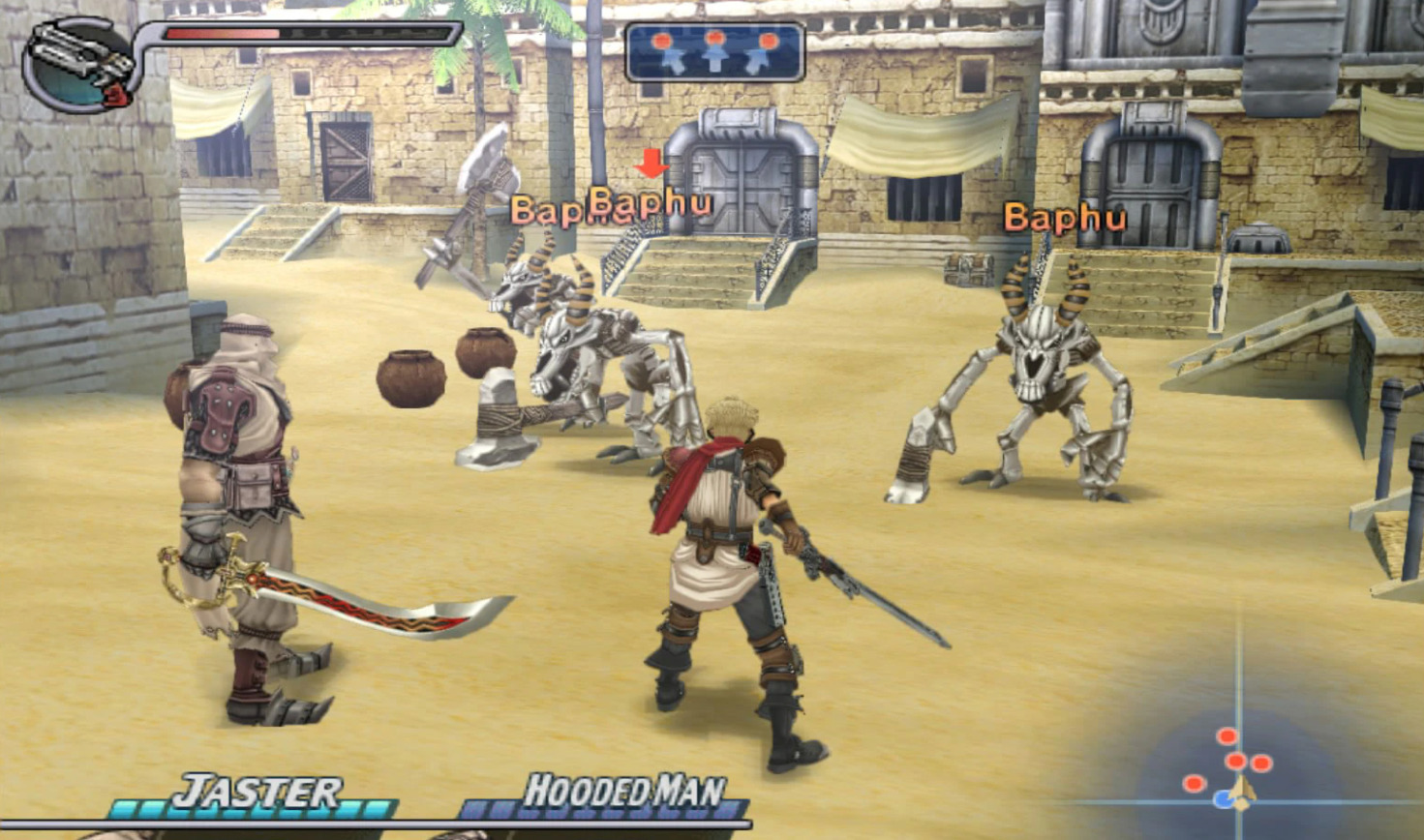 The PS1 was the vessel for arguably the golden age of JRPGs. The console was packed to the brim with absolute gems. In fact, even lesser-known games that could be considered “cult” classics, such as Vagrant Story, Vandal Hearts, and The Legend of Dragoon are generally just properly considered classics at this point. In order to really find the hidden gems, you have even a layer below those games.

When you dig deep into PS1’s JRPG mine, one of the diamonds you might come across is Guardian’s Crusade. Way back before Senran Kagura, when Tamsoft was still a fledgling developer, they tried their hand at a JRPG known as Knight and Baby in Japan. It was brought over to North America by Activision (strangely enough), and localized as Guardian’s Crusade.

The game follows a young Knight who comes across this mysterious cute pink, blob, monster, baby…thing, that is drawn to a faraway tower. Feeling a sense of duty to protect it, the Knight and Baby go on an epic journey that determines the fate of the world. Come on, it’s a 90s-era JRPG, of course, those are the stakes.

What makes Guardian’s Crusade really stand out, though, is its unique battle system for the time. On top of “raising” and evolving Baby to be a strong ally in battle, you’re also able to recruit a large number of summonable party members known as living toys.

Some of them hang around the battle, some only for a few turns, and some only for one, but they offer you a range of really unique battle mechanics that are really fun to mess around with. One will set everyone’s HP to zero, another will Russian Roullete one person on the screen, and another will even just literally provide play-by-play commentary during battle which is quite entertaining.

It’s not a particularly difficult game and can be beaten in probably in 15-20 hours or so, quite short for PS1-era JRPG standards. Also, what’s quite nice, it’s one of the first RPGs that I can think of that did not have random battles and instead featured enemies on the overworld that you can choose to engage or not which is a nice touch.

Plus it has this very jazzy and soothing soundtrack that I have no idea where it came from, but I’m glad it’s there.

Toy Commander was sadly a casualty of the short life of the Sega Dreamcast. It was only released on Sega’s ill-fated final home console in the U.S. and thus, wasn’t played by many over here. It’s a shame because it’s actually one of the more unique action games I’ve ever played.

Toy Commander tells the story of a young boy that literally goes to war with his older toys after he receives new army toys. The campaign plays out over a string of challenges where you’ll need to use various toys to figure out solutions to challenges presented by the toys, culminating in all-out boss battles.

It can be anything ranging from tank warfare to infiltration missions, or fire rescues. The battlefield is always various areas around the house and, from the perspective of toys, areas such as the stairs or the kitchen are made to feel massive.

It had a very enjoyable split-screen multiplayer too, where you could go wherever you want and explore all the nooks and crannies of the house such as closets, sink drain pipes, and other fun to explore places.

It’s hard to describe because it really isn’t like many other games and features challenges you wouldn’t expect. This long play of Toy Commander from Longplay Land above can give you a good feel for what we’re talking about.

Speaking of really unique games that don’t play like anything else, the Tomba! series fits that bill perfectly as well. On its surface the Tomba! series might appear… confusing. It features a pink-haired boy running around and jumping on pigs for some reason.

Beneath its bizarre appearances, though, is a unique mix of platforming, puzzle-solving, and RPG gameplay. Tomba! has an expansive world that grows more zany and interesting as you progress through it.

You’ll need to navigate platforming sections as you go from place to place and along the way, you’ll arrive at towns and meet characters that need your help. While some quests are required to complete the story, others are side quests that can increase your score, which is yeah, again, a strange marriage of old-school scores in platformers and RPG gameplay.

It’s colorful, charming, and I really can’t come up with another game that plays like Tomba! other than its own sequel Tomba! 2. It’s remembered fondly by those that gave it a shot back in that era, and it’s perhaps why copies of the game to this date still go for a pretty penny.

Dark Cloud is often pointed to (for good reason) as the game that Level-5 fans would love to see revived in some fashion. However, Dark Cloud 1 & 2 wasn’t their only bangers in the PS2 era, they also released Rogue Galaxy very late into the life cycle of the PS2 and after the release of the Xbox 360.

Perhaps it’s because people were already looking ahead towards the next generation of consoles that Rogue Galaxy was overlooked by so many, and is one of the best RPGs of the PS2 era that many RPG fans probably missed out on.

Imagine a mash-up of Dark Cloud’s satisfying action-RPG combat and weapon building system with a healthy dose of Skies of Arcadia’s themes and vibes. Sound good so far? Rogue Galaxy sees the player play as planet-hopping space pirates that find themselves at odds with a greedy corporation that threatens their way of life.

It’s the gameplay that really stands out though. Although definitely inspired by Dark Cloud, it offers up many more layers of complexity, allowing you to control multiple characters at once balancing auto-attacks with special abilities that will give you an edge in battle. Characters can switch between melee and ranged attacks, and as you wear one character’s action gauge down, you’ll need to give them a quick rest or swap to someone else.

While in 2021 its gameplay is hardly revolutionary given the current popularity of action RPGs, back then it was quite the trip. It scored very well among critics and was eventually re-released by Sony onto the PS4 digitally, giving fans a rare second chance to experience an underappreciated gem.

Funny enough, of all the games on this list, Dynamite Headdy is probably the most widely accessible title. This is because it’s often included in the myriad of different Sega Genesis collections that have been released over the years. That said, it is often overlooked not only among platformers of its generation but even overshadowed by some of the other classics from its famed developer, Treasure.

It’s a shame because Dynamite Headdy is one of the most creative, unique, and challenging platformers ever made. The entire game is stylized as a puppet show with scene and costume changes for the various characters in the “show.” Despite it being an acid-fueled play of sorts, don’t confuse it for a game that a child could master. Dynamite Headdy is a Treasure game so it can be absolutely brutal difficulty-wise.

Headdy, the playable character, can swap his head out with new ones that feature different powers to get him through tricky platformer and combat sections (similar to Kirby). The options are extremely creative including a camera head that can freeze the whole screen, an invisibility head, and a head that can grapple onto walls.

And, like so many games on this list, its soundtrack is just absolute fire and is as extravagant and wild as the game, it’s a perfect marriage. Take a look at the clip above from dragon_blade to get a feel.