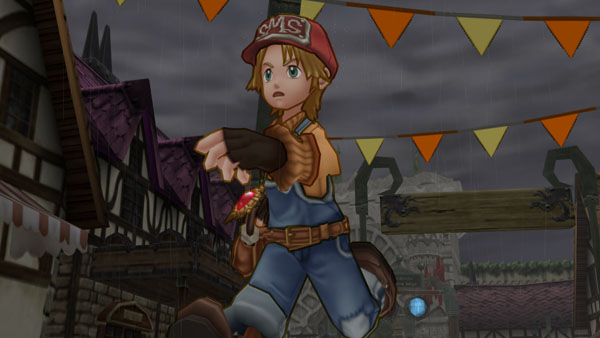 Last week, developer Level-5 further hinted at their upcoming new JRPG game. They opened up a developer recruitment page and shared a new piece of concept art. It’s likely the same new game that they teased late last year. Level-5 will often refer to unannounced projects, getting fans speculating as to what their new game will be. For fans of Level-5 going back to the PS2-era, there’s perhaps no other series that comes up more whenever Level-5 is brought up than a hypothetical Dark Cloud 3.

Dark Cloud released way back in 2000 for the PS2 in conjunction with Sony and it instantly put Level-5 on the map as a legitimate JRPG developer. Their debut game was a creative mix of Zelda-like action RPG combat, with deep weapon customization that saw you level up and “evolve” your weapons into new ones using materials, and a unique world-building mechanic that tasked players with rebuilding towns and attending to the needs of its denizens.

The game was incredibly popular and it was followed up with a second game, Dark Chronicle (Dark Cloud 2 in North America), which was also well-received.

Rather than continue in the Dark Cloud series after two successful games, Level-5 moved on and never looked back. Level-5 has released dozens of games in Japan and worldwide since Dark Cloud 2 in 2002 but all were new games not within the beloved action RPG series.

Every time a new game is teased, there are hordes of fans like myself hoping and praying that this will be the time that Dark Cloud 3 gets its chance. Each and every time, though, all of those people are left disappointed.

Level-5 isn’t deaf to the cries of Dark Cloud 3. In an interview with Polygon back in 2017, Level-5 CEO Akihiro Hino mentioned that there has been interest within the company in reviving the series over the years, but Level-5 cannot go at it alone.

The series is controlled by Sony, and producing a new game in the series under the tutelage of Level-5 is something that both companies would need to negotiate and agree on. According to the Polygon interview, everything beyond the Professor Layton series is something that Level-5 retains full control over, but anything before that, including Dark Cloud and another beloved action RPG of the PS2 era, Rogue Galaxy, is not.

That has presumably been the running reason for Level-5 not returning to the series for decades now. While the Polygon interview ends on a downtrodden note, suggesting players un-cross their fingers, I don’t concur with that sentiment.

In recent years, Dark Cloud fans have been given a few reasons to remain hopeful. For starters, Dark Cloud 1 and Dark Cloud 2 were ported to the PS4, so at the very least, Sony remembers that Dark Cloud exists and is willing to put some effort into keeping it around.

The original solution for From Software was to abandon the Demon’s Souls IP and start anew with Dark Souls, and for years, it seemed that there was no hope for Demon’s Souls to receive any sort of revival.

However, Sony and From Software were able to eventually sort things out, and a remake of Demon’s Souls was released on the PS5 as a launch title. Both companies clearly really wanted to make it work, and while it took some time, they did eventually get it done. It serves as an example of Sony’s willingness to work with other Japanese developers to make projects happen.

Level-5 could go the route that From Software originally went if they really wanted to. They can adjust the name, change a few things up, and release a new game that is heavily inspired by Dark Cloud. However, the fact that this hasn’t happened yet leads me to believe that this wouldn’t be the route that Level-5 would want to take.

The Dark Cloud name is strong with anyone that is old enough to have played it on the PS2, and separate from that, action RPGs and games that challenge players to be creative and build something have never been more popular. What everyone wants, including Level-5 probably, is a true Dark Cloud 3.

So, on the cusp of yet another new Level-5 game tease (that definitely isn’t Dark Cloud 3), I’m once again asking Level-5 and Sony: please come together and make Dark Cloud 3 happen. Us Millennials that grew up with the original two games don’t have a lot going for us, a little bit of light in the form of Dark Cloud 3 would be much appreciated.