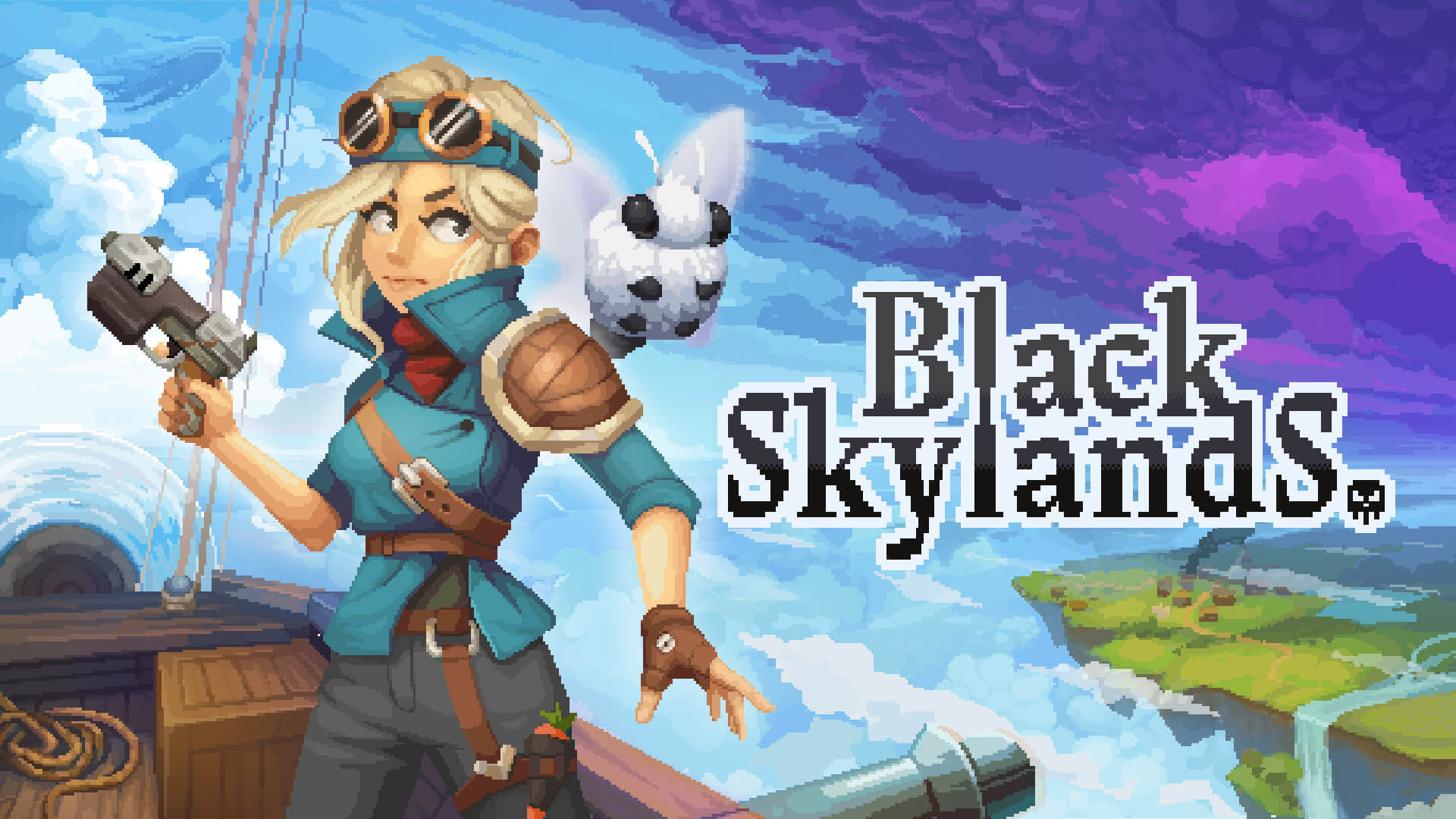 The sky pirate aesthetic was popularized in the video game world when Final Fantasy XII was released back in 2006. It’s an appealing idea that’s been explored in books and other media with steampunk settings, but it’s not one that we often see in video games. Indie developing studio Hungry Couch wants to change that with their new game, Black Skylands, and this ambitious project is looking very promising so far.

Black Skylands takes place in a world where the lands have splintered into tons of different floating islands in the sky. You play as Eva, a young girl who lives on one such island referred to as the Fathership. After a scientific discovery goes awry, the human race finds themselves caught in a deadly conflict with an alien species known as the Swarm. The game then tasks you with sailing through the skies, liberating islands from the Swarm and other opposing factions, and strengthening the Fathership at the same time.

It’s a fairly straightforward premise, and while the story beats can feel a little rushed and contrived in the beginning, this is still an early access game, and its pacing issues can be sorted out further down the line. It’s the gameplay that shines here, and the fact that Black Skylands is able to take cues from several other popular games and genres and execute them well.

Gameplay-wise, it’s a top-down bullet hell shooter. You hit a button to fire a gun, and use the right stick to refine your aim. You can also perform a dodge roll with LB to avoid enemy shots, and combat quickly becomes a bullet hell segment where you’re constantly moving around and dodge rolling to avoid damage while countering with your own shots and melee attacks if you do get close enough. It’s very reminiscent of Enter the Gungeon; even the reloading and gun sound effects feel familiar.

Because this is a game about being a sky pirate, you can also pilot your own airship and sail through the skies to explore what the vast world has to offer. And for an early access game, there are already quite a lot of islands to check out and pillage. Steering your ship can feel a tad clunky, but it’s enjoyable for the most part, and you’re also able to fire cannons to fight enemies and break rocks for resources while in the air.

The upgrade paths in Black Skylands seem fairly extensive as well, with ship customization to think about, as well as your own weapon loadouts for Eva. There are various different upgrade components and parts you can fit on your ship, which means that there’s the potential to create an aircraft that feels unique to you.

When you’re not in combat, you can return to the Fathership to put all your scavenged resources to good use. Resources can be put towards farming and growing crops, and building armories and other facilities to improve your equipment. The gameplay loop then becomes a fun cycle of heading out on your airship to explore islands, improve your craft along the way, and coming back home to strengthen the Fathership even further.

Just from a few short hours with the game, it was clear that Black Skylands has a lot of potential, and we haven’t talked about how pretty this game looks. Sporting a cool pixel art aesthetic, Black Skylands features beautiful character portraits and an extremely vibrant and colorful world. The animations are crisp and clean, and the environments are just wonderfully eye-catching and unique-looking.

There are, of course, a few bugs here and there, though that’s to be expected of a game that’s still in early access. There’s the odd typo you’ll encounter while talking to NPCs, and there were times where the options wouldn’t load properly when I backed out of a menu. I do also wish some of the UI elements would be made to look a little more elegant –I don’t need a huge white circle in my face whenever I reload my weapon, for instance– but these are all just minor niggles that don’t get in the way of the overall experience.

There’s still a ton for me to see and do in Black Skylands, but for now, it’s safe to say that anyone who’s always wanted to live out their dreams of being a video game sky pirate should definitely keep this one on their radar.