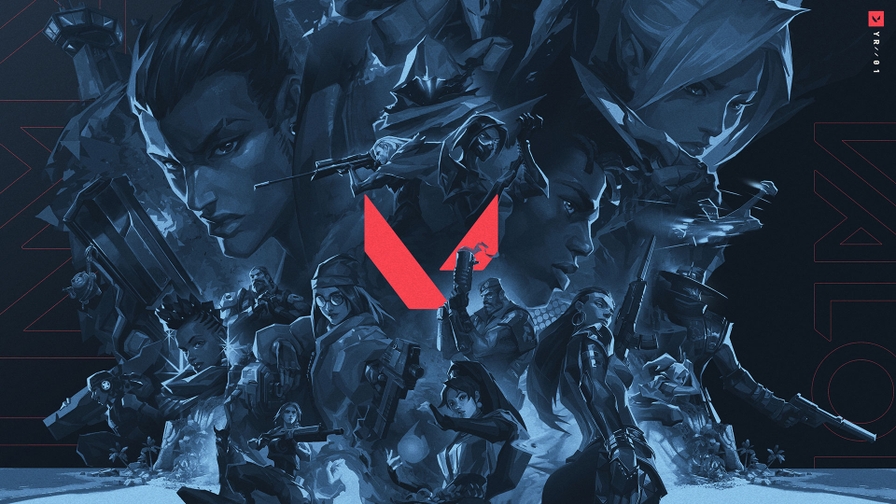 A year on from Valorant’s launch and we’re fast approaching the release of its third episode, and as is typically the case, there’s major new content to look forward to. Most notably, the addition of Valorant’s sixteenth Agent, whose arrival comes around four months after that of Astra and about whom we know only a little so far. Still, there are some interesting teasers about Valorant Agent 16, codenamed ‘Grenadier,’ so so we’ve compiled them here in a single feature that we will be updating moving forward.

Valorant Agent 16: Everything We Know So Far

As part of Summer Games Fest, a digital video game showcase event that has kicked off E3 for 2021, Riot Games included a teaser trailer for Agent 16. As you’ll see below, it appears as though Grenadier is some sort of robot.

It’s been about a month since data miners first discovered the codename ‘Grenadier’ buried in a new file that was included in one of Valorant’s previous updates.

The name itself certainly gives us some clues as to what sort of role Agent 16 might play and possibly where he fits into Valorant lore. Referring to the traditions of military history, grenadiers were typically strong soldiers who were used to siege forts using throwable grenades and assault weapons, and while that role has shifted over time, even today they’re still typically tasked with handling assault weapons within a fireteam or squad.

It does seem likely that Grenadier will use some sort of throwable explosive or charged device to throw at his enemies. Could it also be possible that the military codename might also allude to a connection with Brimstone? After all, Brimstone is Kingdom’s chosen leader of the Valorant Protocol, who dons a military outfit and refers to his military experience in a number of voice lines. In fact, his kit of utility, complete with a Molotov launcher, smokes, and artillery, is actually somewhat reminiscent of what one might consider a grenadier to have. Perhaps he and Grenadier will have some history?

The biggest clue we have so far as to what sort of abilities Agent 16 will have, though, is based on a comment made by John Goscicki, Valorant’s character producer. In a “State of the Agents” article published at the end of May, Goscicki said the following:

“This is an Agent whose utility can create moments where you must rely on your gunplay. The new Agent is coming soon enough, and we’re looking forward to seeing what you think when they finally say hello!”

Now, to me, the idea that Grenadier can “create moments where you must rely on your gunplay” sounds very much like they have the ability to disable other player’s utility. Perhaps Grenadier throws some sort of EMP device that breaks utility, such as Sova’s arrows, Killjoy’s bots, Cypher’s cameras and tripwires, etc?

This would be somewhat similar to “heroes” in other “hero shooters” such as Overwatch, in which we see Sombra hacking other players to stop them using their ability. Maybe Grenadier will serve the same sort of role.

Between the history of grenadiers assaulting fortresses and the alluding of their ability to disable utility, I’m thinking that Agent 16 will be an Initiator. It would be the fourth in the game so far alongside Sova, Breach, and Skye, the latter of which was the last to be added to the roster.

It’s worth pointing out that at the time of publishing the above trailer, the entire Valorant Twitter channel had been renamed Killjoy and decked out with her profile picture. It seems increasingly likely that rather than the link to Brimstone I suggested above, it is actually Killjoy who is related to Grenadier.

Perhaps the above image, which amusingly depicts Killjoy speaking with Brimstone via her phone (a play on a popular voice line), suggests she was instructed to build this Terminator-esque robot by Brimstone to take out the Agents of the mirror verse?

Above is another image published by Valorant’s Twitter page. Could Killjoy be having a eureka moment as she uses her voice line “variable removed, Alarmbot Down” to allude to Grenadier’s ability to “suppress” Agent abilities (more on that below)?

Valorant data miner ValorLeaks has once again come up with the goods as he’s uncovered files that refer to a “Suppression” buff:

Just as was the case for previous Agents in the game, there are already some in-game teasers hinting at Agent 16’s impending arrival, and they also offers us some interesting clues as to the nature of their role.

As you can see in the image above, players have discovered a teaser on Breeze. There’s a knife stuck in one of the Radianite boxes, and it seems to be reacting with it in a strange way. Could it be that Grenadier throws knives that react to the Radianite within the other Agents and disables their utility in the process?

And that leads us nicely into Agent 16 Grenadier’s release date, because while Riot changed its typical Agent release cadence by not releasing one per Act this episode we’re pretty certain Grenadier is coming for the launch of Episode 3.

Episode 3, Act 1 should kick off on June 22, 2021, which is a day after the current battle pass expires. Beyond just a hunch that Riot will want to kick off the new Episode with a bang, the developer hinted at the date in a recent blog June 2 post which featured the subheading “New Agent?” and the banner pictured above.

Presumably, that symbol is one of Grenadier’s abilities, but we’ll have to wait and see. Thankfully, it shouldn’t be long!

We’ll keep this article up to date with any new information we hear. For now, that’s everything we know about Valorant’s new Agent 16 ‘Grenadier.’ Twinfinite has plenty of useful content about the game, so be sure to use the search engine to find what you’re looking for. Always feel free to reach out in the comment section for help if you can’t find answers to any questions you have.