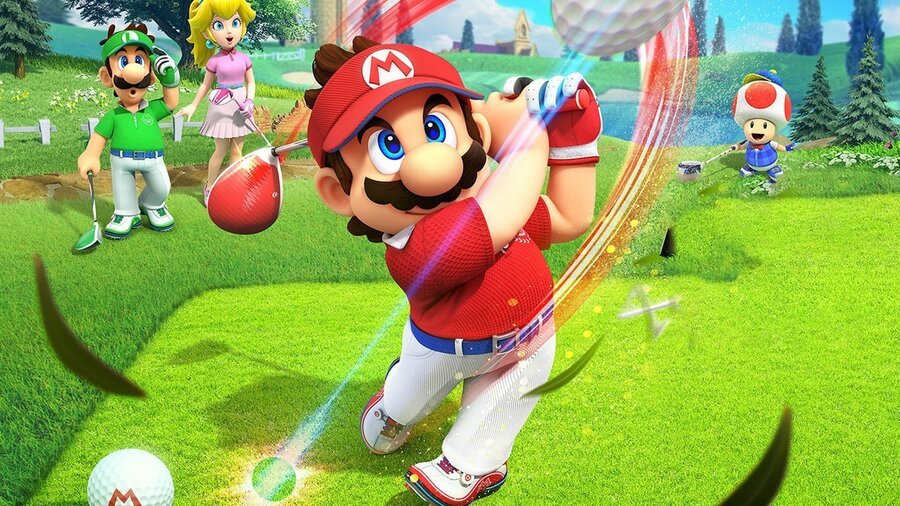 Spinning your shot is a great way to gain some extra distance on a shot or keep your ball from rolling off the green, but it’s not going to do you much good if you need to hit your ball around a tree first. This is where curving comes into play. Here’s everything you need to know about how to curve shots in Mario Golf Super Rush.

How to Curve Shots in Mario Golf Super Rush

Curving your shot is exactly what it sound like. You hit the ball in a way that causes it to turn left, right, up, or down instead of just heading on its regular straight trajectory. You can even combine multiple directions like left and up to alter your shot even further. But before getting too deep into that, let’s take a look at the inputs for curving shots.

Once you’ve set your power on a shot with A or B, then you can use the left stick to adjust the curve of your shot. Just make sure you have the curve set before the line makes it to the top of where you set your shot power.

For curving shots horizontally, it’s fairly straightforward. Move the stick left to curve your shot left or move it right to make the ball move in that direction.

You can also make shot’s curve more dramatic by moving the stick in the same direction multiple times. Make sure you know what you’re doing before attempting this or else your ball will go flying off course.

Curving Shots Up or Down

Curving the ball downward will send it on a lower trajectory that will roll much faster and further than a regular shot. Curving the ball upward will help you get over tall obstacles, but it’ll also noticeably shorten the distance and speed of your shot.

Here’s a quick summary of how to curve shots in Mario Golf Super Rush:

That’s all there is to know about how to curve shots in Mario Golf Super Rush. If you want to learn anything else about the latest game in the Mario Golf franchise, then just check out our Wiki Guide for tons of great information.