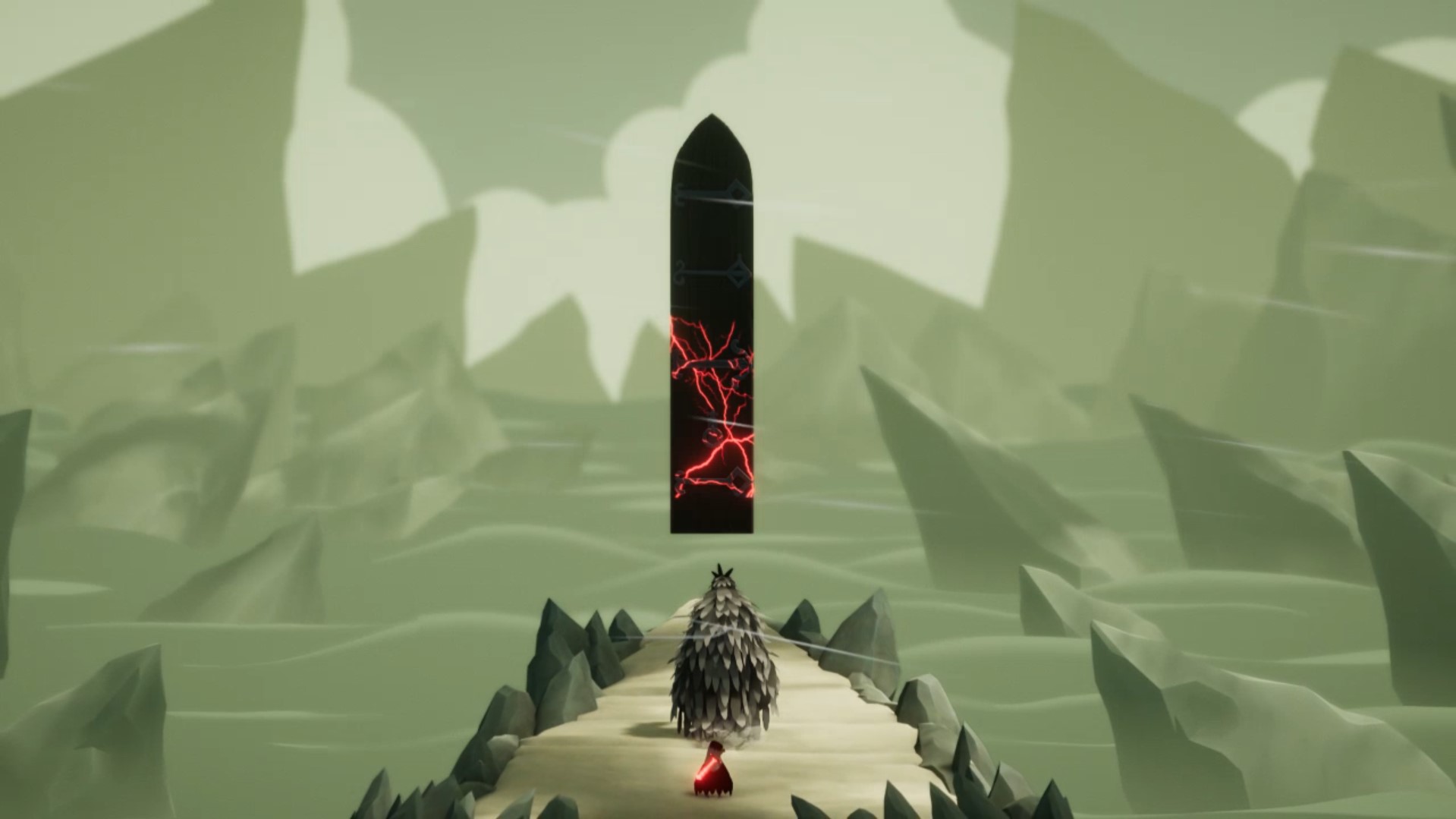 Death’s Door is straight-up strange. During my circa-three-hour stint with a preview build of the game, I got to explore the stunning sights of its dark and desperate world, met a character called Pothead, and reaped countless souls with my new Crow buddy.

In Death’s Door, you’ll team up with a soul-reaping Crow to track down the bird’s stolen target. Your target is a thief, and they’ve slipped into a realm untouched by death and teeming with tough, towering creatures that dwarf your winged warrior.

It’s a simple premise, and it’s all the game really needs to get started. The further you dive in, though, the more the game unveils just how weird and wonderful its world is. In the first hour, I met Steadhone the gravekeeper who, as you’ve probably guessed by his name, has a headstone for a head and desperately wants me to try and kill him whenever I get a chance (or a new ability). Then there was the aforementioned Pothead, not because he has a penchant for the pongy plant, but because he has a literal pot for a head.

It’s rather on-the-nose, silly stuff, but in a game where you’re playing a soul-reaping crow, are you really here for the deeply intellectual giggles? No, I thought not.

Death’s Door feels like a clear evolution of developer Acid Nerve’s Titan Souls. Where Titan Souls was almost solely focused on the boss battles, Death’s Door provides a fascinating, sprawling world of a desolate wasteland, gloomy graveyards, and musty mansions as you embark on the adventure. Each one has been wonderfully designed with hidden paths leading to power-ups and other secrets to help you along the way.

This is where the Metroidvania element comes into play. With each new ability that you pick up, you’re able to interact with more seemingly innocuous objects in the world. That brazier you were struggling to light? Your flame ability will help with that! It encourages you to spend more time in these overworlds, retracing your steps to see if there are any new paths or items you can interact with before you move onto the next boss fight.

Each of the bosses I encountered in my preview of the game felt varied in its attack patterns, strengths and weaknesses; and the actual art design is fantastic, bringing this dark, twisted world to life in an oddly endearing, fairytale manner. It created an air of excitement before each boss’s reveal. How would they test my combat skills? And what physical form would they even take? After battling with an enormous castle-like creature, I soon realized anything was possible in this world, and that only hooked me in more.

While the bosses are certainly the standout of Death’s Door, they wouldn’t be so special if the combat didn’t feel so satisfying. Here, your ranged ammo for firing arrows, fire balls or any other magic ability is recharged by one for every one attack you land on an enemy or object. This forces you to mix up your attacks and forces you to get aggressive, even during times where you’re really low on health.

The need to think tactically about the attacks you use is amplified by the various enemy types you’ll encounter along the way. Some will explode on contact, so will need to be picked off with a ranged attack, while others need you to get up close and strike down.

To help you along the way, you can get upgrades to your melee strength, speed, ranged attacks and attack speed by exchanging the souls of lesser enemies with the big Crow behind the desk in your workplace ‘hub world.’ Even this ‘hub world’ has secrets to uncover, though it wasn’t quite as interesting to explore as each of the different areas.

This was a little disappointing, as the writing is so good and other levels often pack things in to see, enemies to beat or secrets to uncover that the main shadowy world from which you enter the various doors feel a little underutilized. There were a few paths to explore, but the space certainly felt like it could be packed with even more secrets.

I only got to see three of these big bads, but I can’t wait to see how the game continues to mix up its environments to make for more interesting enemy types to slay and puzzles to solve.

Death’s Door has come up out of nowhere for me, and after just a few hours of playing, I can’t wait to push on and roll the credits. There’s a tough challenge here, but one that never feels too punishing or unfair that’ll stop you from succumbing to ‘just one more go.’

If Death’s Door wasn’t already on your wishlist, I implore you to add it immediately. I’ve got a very good feeling about this one.