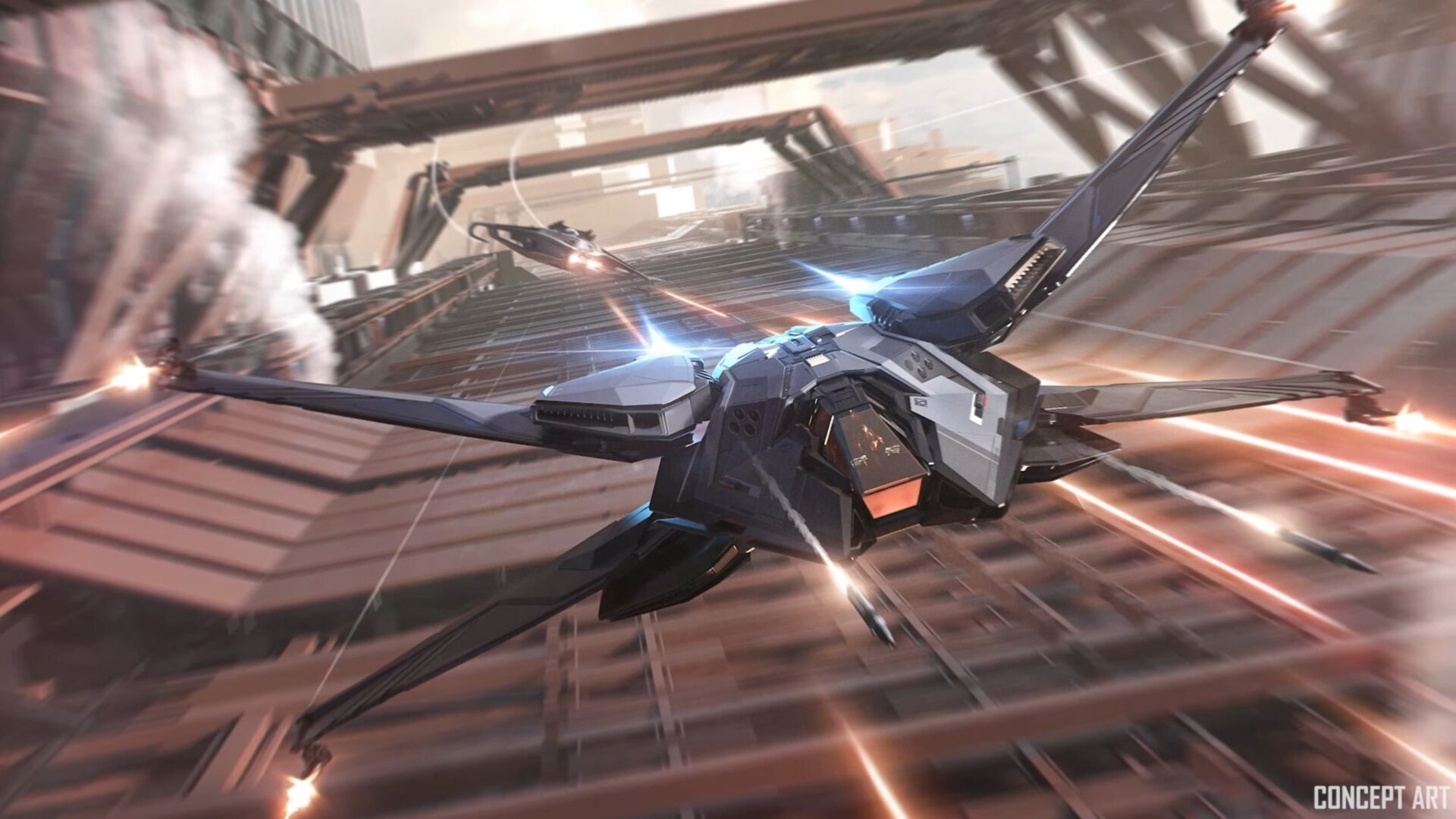 The ship is the RSI Scorpius, and it’s… basically Star Citizen’s own take on the X-Wing formula. It comes with relatively heavy armament (and it’s classified as a heavy fighter) with four size-2 weapons on the wings and two missile racks. The wing weapons are gimballed so you can upgrade them to size-3 is you’re willing to do your own aiming.

On top of that, it comes with four size-3 weapons in a turret controlled by the co-pilot, so it brings a lot of firepower to bear for a ship of this size.

The ship’s price (it’s on sale today for concierge players and likely tomorrow for everyone) starts at $200, but as usual, you should keep in mind that all ships will be purchasable without the need of real money in-game, so a real-money purchase is advisable only if you do it to support the development of Star Citizen.

Speaking of money (or lack of thereof), tomorrow marks the start of the Invictus Launch Week, which will bring a free fly event from May 22 to June 3. This means that if you always wondered what’s all the buzz about Star Citizen and whether it deserves all the support it gets from its fans, now it’s your chance to make your own opinion by being able to enjoy the current version for free for nearly two weeks. Combined with the Invictus Launch Week’s celebration, you’ll also be able to pilot most of the currently-flyable ships and vehicles in the game on brand-based rotation, and there’s a lot of them.

On top of the new ship, the video also showcases work on various upcoming environments including hospitals and the Orison landing zone on Crusader. We even get the brief tease of a planet on the new Pyro system.

The number of registered accounts recently passed three million, and it’s at 3,090,135 at the moment of this writing.

As usual, you should keep in mind that it’s known that not all of them are paying players. The number includes free accounts created for a variety of reasons, including Free Fly events like the one mentioned above. Given the imminent Invictus Launch week, you can expect the numbers to skyrocket over the coming days.