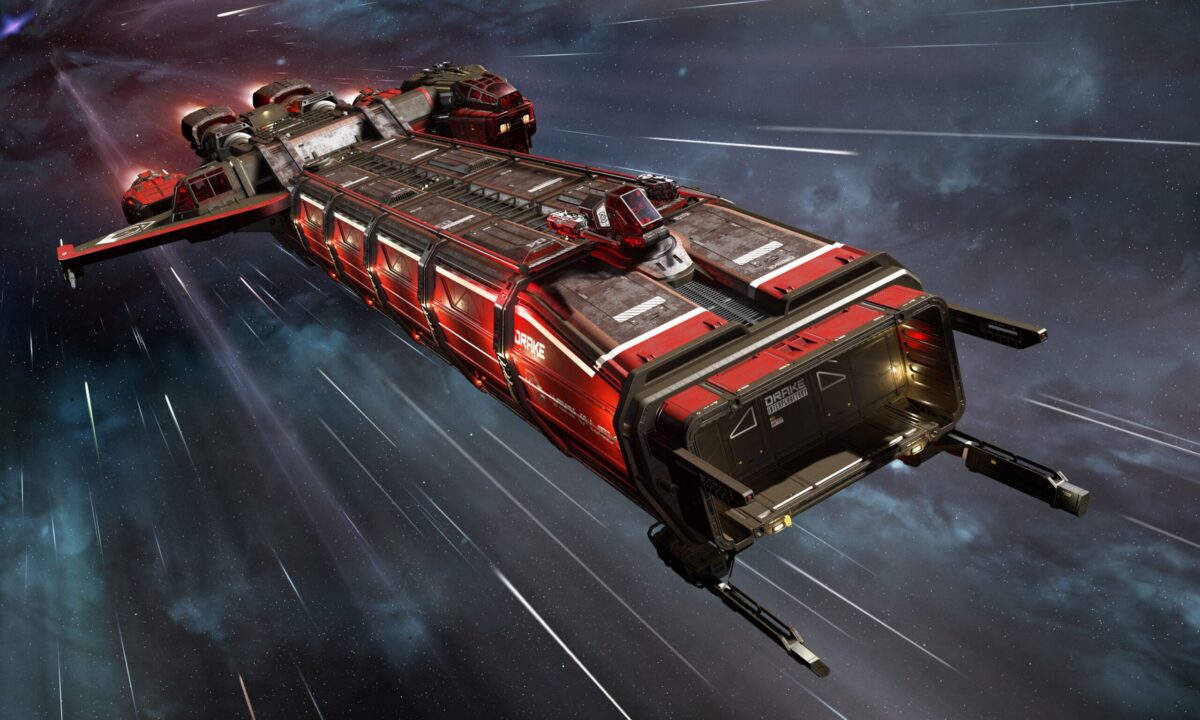 While most of the starship manufacturers of Star Citizen were welcome to showcase their wares during the Invictus Launch Week 2951 Expo, Drake was the exception.

As the one manufacturer that doesn’t get contracts with the UEE Fleet, Drake launched today its own DefenseCon 2951 event for all you pirat… ahem… law-abiding self-defending Star citizens out there.

Drake’s starships are notoriously popular in the seedy underbelly of the galaxy, but the manufacturer of rugged, affordable vehicles will tell you that correlation does not imply causation.

As a matter of fact, they will be quick to point out that Drake’s lineup includes ships created for police forces and rescue like the Cutlass Blue and Red, alongside favorites among space truckers like the Caterpillar.

Yet, when most of your ships are named in suggestive ways like Cutlass, Kraken, Vulture, Corsair, and so forth, you’re possibly not doing any favors to your marketing department in its efforts to clean up your public image.

Of course, all of Drake’s ships are available for 2-day free rental, and there are also terminals at the event providing most of the ships from other manufacturers as well.

If you want to take a look at the expo, you can check out a video below, keeping in mind that the current Free Fly Event will continue until June 3, so you have plenty of time to try the game for yourself if you so wish.

The number of registered accounts recently passed 3.1 million, and it’s at 3,132,790 at the moment of this writing.

As usual, you should keep in mind that it’s known that not all of them are paying players. The number includes free accounts created for a variety of reasons, including Free Fly events like the current one