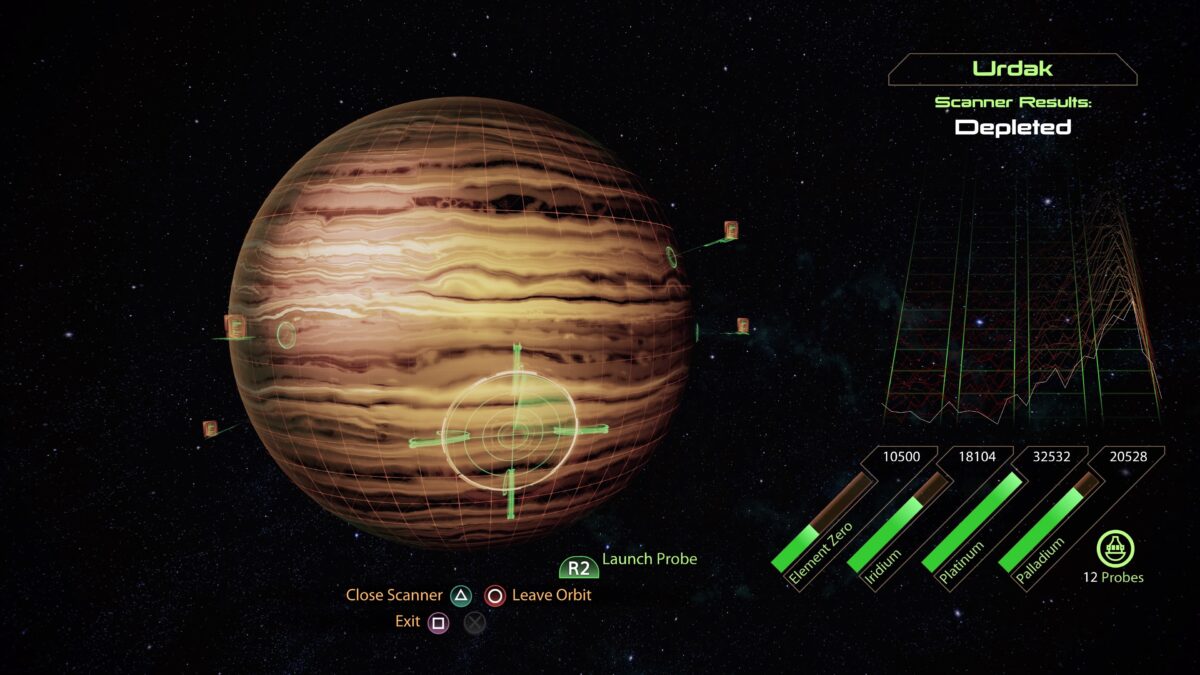 There are only a few resources you’ll need to track down in the second entry of the Mass Effect trilogy, but you’ll need them in abundance in order to secure every upgrade in the game. As such, we don’t blame you for wanting to learn more about How to Get Platinum and what it does in Mass Effect 2, as the super metal is needed to nab some of the best items in the game.

That’s why we’ve thrown together this guide. Below you’ll find info on where Platinum can be obtained, how to get your hands on it, and what it can be used to make.

How to Get Platinum in Mass Effect 2

Platinum is obtained in the same way as most every other resource in Mass Effect 2; namely, by scanning planets for resources and then extracting them via the probe.

To do this, fly toward any given planet that doesn’t contain a mission and interact with it. You’ll then be given the option to scan the planet by pressing L2 on PlayStation consoles or LT on Xbox consoles. Do so, and then move the cursor along the surface of the planet with the left analog stick.

As you get closer to a deposit of any given material, an indicator on the right side of the screen will spike and your controller will start to vibrate. The bigger the spike and the more intense the vibrations, the bigger the deposit will be.

Once you find a deposit you think is worth harvesting, you can collect it with a probe by pressing R2 or RT. Be warned though: You’ll have a limited number of Probes at your disposal. Once you use them all up, you’ll need to buy more at a fuel depot for 500 credits apiece.

What Platinum Is Used for

Once you have some platinum in Mass Effect 2, you’ll be able to put it toward a number of research projects.

Primarily, it’ll be needed to make your shotguns, sniper rifles, and medical equipment more effective. It can also be used to create a number of useful armor and weapon variants though, so it may be worth putting some Platinum toward those if you’re interested in using them.

That’s all there is to know about how to get Platinum and what it does in Mass Effect 2. For more on the game, check out our Mass Effect Legendary Edition guide wiki. It has a plethora of other guides that’ll help you save every squad member, complete difficult side quests, and more.