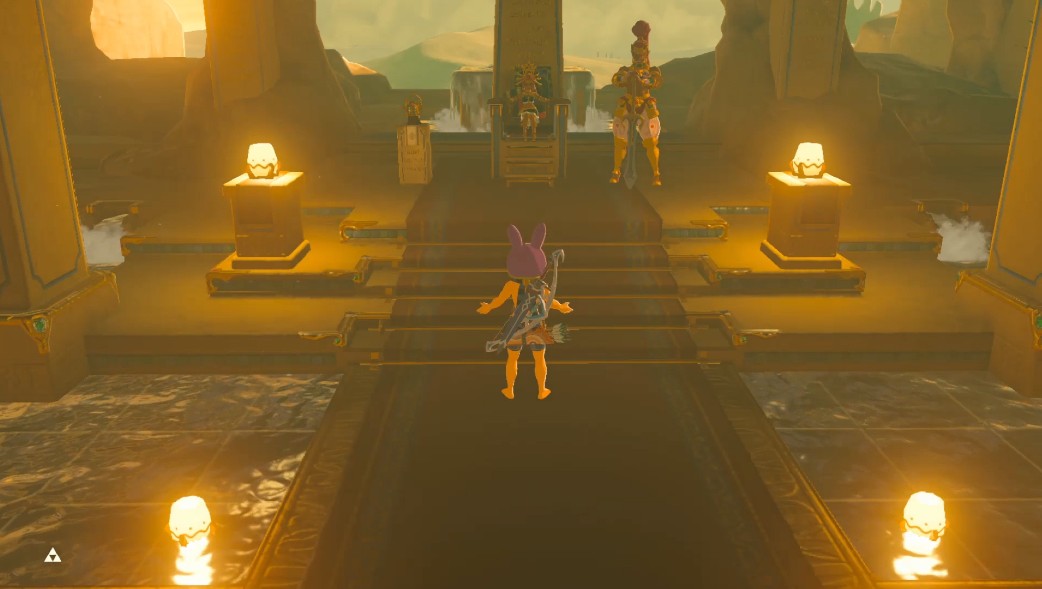 During an attempt to beat the game wearing just the default pants and an adorable pink bunny hat, the Redditor realized that they could get into the city without needing to pretend to be a woman.

In the video above, Teh_Cactus_Plant explains that there is a way to get into the village and avoid getting caught in the cutscene trigger where the guards sound the alarm. All you have to do is start from Gerudo Tower, one quadrant away. Doing this means that Gerudo Town and its contents aren’t already loaded in when you start gliding.

They then drop to a cliff nearby the tower and reset, heading to the south and then using a combination of Windbombing and glider resetting while maintaining a low distance to give Link more time in the town before the cutscene loads and kicks you out.

Doing this well enough will even allow you to make it to Riju, cueing the main cutscene that results in a hilarious visual if you’re wearing something like Ravio’s Hood.

If you’re interested in more content like this, be sure to check out all of our other Breath of the Wild content. That includes another hilarious experiment from Teh_Cactus_Plant, a cool miniature house for Link, and plenty of Breath of the Wild doggo selfies.

We’ve also got plenty of fun Zelda quizzes that’ll surely test your knowledge as a fan, so check them out!