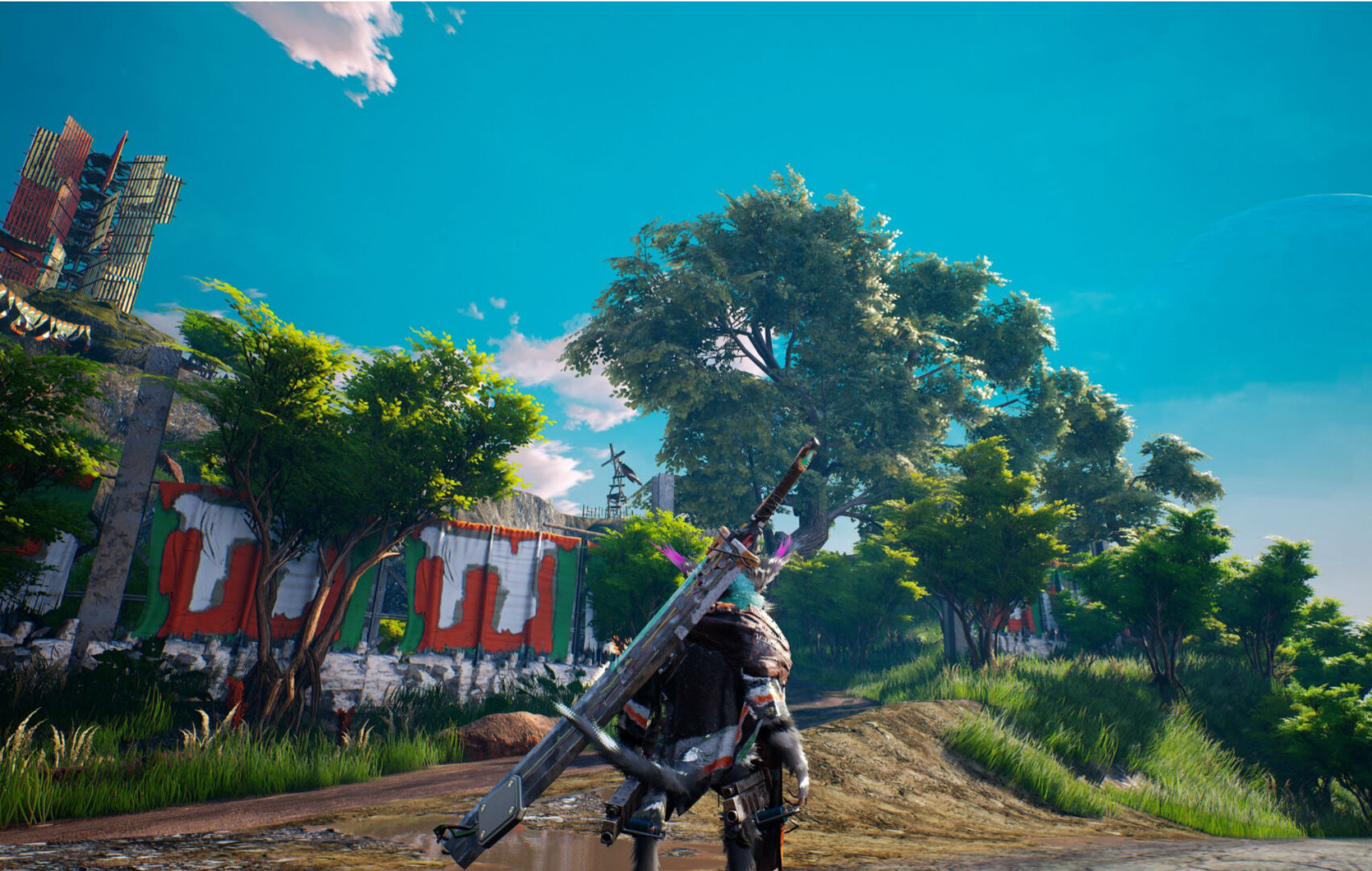 After years of anticipation — and a fair few of radio silence from the developer — Biomutant has been massacred by its own lofty ambitions. A morality system here, a tribe system there, a rather clunky combat system with many different parts to the left, and a large, empty wasteland of an open world to house it all in.

In its defense, Biomutant doesn’t do anything egregiously wrong, it just doesn’t do anything amazingly well either. Its open world is a prime example of this, clearly trying to take inspiration from Breath of the Wild’s Hyrule and the magical sense of discovery that awaited you around every corner. But in Biomutant, there is no sense of discovery, just waypoints that direct you to quest objectives in between vast spaces of nothingness.

It’s not the first game to struggle with the scale of the open-world formula, and it almost certainly won’t be the last. In recent years especially, the open-world genre has become the go-to to give games that AAA, grandiose feeling. Even some of Microsoft and Sony’s typically linear franchises such as Gears and God of War both received the open-world treatment (to an extent) in their last entries, though by contrast developers The Coalition and Sony Santa Monica kept the scope in consideration throughout. Not only were those worlds colored with interesting detail and replete with exciting secrets to discover, but they never felt too big for their own good.

The world of Biomutant, unfortunately, seemingly hasn’t been crafted with that same design philosophy in mind. All of its side quests are more or less relegated to simple fetch quests, the locations of said items you need to retrieve marked clearly on your map and HUD. Even its various collectibles are marked on your map one by one, the next being revealed after finding the one before it. It’s content for content’s sake, a by-the-numbers experience void of the exciting exploration that open-world design is supposed to facilitate.

Take the screenshot above as a prime example. In my near surroundings? Nothing. In the distance, there’s nothing that encourages me to venture off the beaten path, and even that tower on the hill in the distance doesn’t grant anything of interest.

In this same 45-minute stint of playing, I ticked off a number of side quests, but didn’t come across anything noteworthy in the world throughout. By comparison, I remember sessions of Breath of the Wild consistently yielding something that surprised me, be it a Shrine, NPC side quest, or a Guardian in ruins. There was always some sort of genuinely compelling activity that didn’t just serve as a distraction from the main quest but felt as though it refocused my entire adventure for a brief moment.

That’s not to say Biomutant was wrong to adopt an open-world format for its premise and gameplay. The fluid movement, combat, and its light-hearted premise and aesthetic work well in the context of a sandbox-style open-world. It just lacks the content to fill it out and make exploring the world interesting.

Take Breath of the Wild, for example. It has a ton of empty space, but that space serves a purpose in reinforcing this sense of being alone out in the wilderness, which is at the core of the game’s entire premise. More to the point, it’s littered with clever little secrets that, thanks to incredible design on the part of Nintendo, one always seems to stumble on in such organic fashion. You’re never guided to anything deliberately; it’s almost always a pleasant surprise to suddenly realize you’ve found something you weren’t even looking for.

Skyrim, on the other hand also has a ton of empty space, but there’s a plethora of compelling, story-driven quests each one filled with lore that’ll send you to its farthest reaches. You’ll explore the deepest depths of crypts, or scale the tallest, isolated mountains of the region. But there was purpose to exploring these empty areas in its story.

Then we come to Biomutant, which has lots of empty space, but neither compelling design nor interesting story-driven quests. It’s all too bland, with fetch quests more or less being the only side quests on offer. Likewise, because all of the animal NPCs speak gibberish, Biomutant’s lore is all fed to you through a narrator who speaks on behalf of what might otherwise have been colorful personalities with whom you might have connected.

Clearly, the team at Experiment 101 had lofty ambitions to bolster Biomutant’s empty world with all sorts of mechanics, from side quests to tribe allegiance, from martial arts combat to weapon, armor, and character progression. But the irony is that because none of them are particularly fleshed out, they only exacerbate the issue. The team desperately needed to reign in its ambitions, I feel, not just in terms of the sheer amount of mechanics it tried to cram in but also in the scale of its open-world. A smaller, more focused sandbox with interesting side quests or a fantastic sense of discovery would have been far more captivating and retained my attention for far longer than a myriad of shallow mechanics and mass expanses of nothingness.

An open world can ultimately make or break a game dependent on its quality, and as such feels like such a massive gamble for development teams on the smaller side that don’t have the resources or manpower to pore over every inch of it, inserting staggering levels of detail, exciting world events, or random tough boss fights that catch you off-guard. It’s these moments that make a world truly memorable, like the first time you stumble upon the UFO crash site in Fallout New Vegas, or spot and hunt down the wolf man in Red Dead Redemption 2 before feeling that pang of guilt as you read his diary after slaying him.

Biomutant had been on my radar ever since its announcement, and I had high hopes the development team would deliver a unique, open world ARPG title. In ways, Biomutant is certainly unique, but it doesn’t lean into these elements enough. The end result is a barren wasteland devoid of any real character, and one that doesn’t do the intriguing ideas Experiment 101 the justice they deserve.