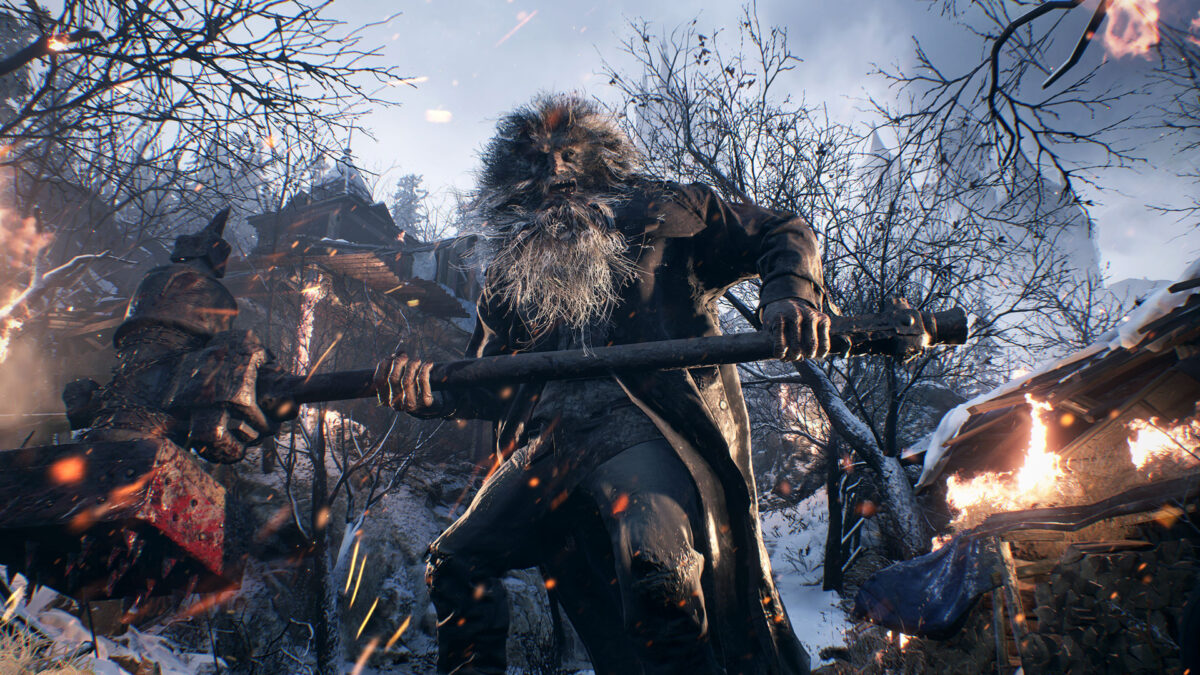 Do note that before you start downloading any of the mods we’ve listed below, you’ll need to install and familiarize yourself with FluffyQuack‘s Fluffy Manager mod tool. There are instructions listed on its NexusMods page here, and it’s all fairly simple to get to grips with.

Alrighty, let’s dive in, shall we?

There are all sorts of cool weapon replacements mods available so far. Rather than featuring one in particular, we thought it best to compile all the best ones here on a single page. Some of these add weapons from previous Resident Evil games, while others offer some cool military-grade firearms that FPS fans are likely to be familiar with.

Most of these do more than simply replace the skin, meaning you can have some serious fun obliterating Lycans and other monsters with even more powerful firearms than the game offers as standard.

Do we really need to preface this one?

Who doesn’t want to replace Chris and baby Rose’s head for some hilarious cutscene moments? You can download the above here, or replace the baby’s head with Chris’ here to make a ridiculous mini-me Chris.

This is a really simple mod, but one that makes Village feel a little more connected to the Resident Evil franchise.

With it installed, you’ll get the classic “This game contains scenes of explicit violence and gore,” which is a message that has been a part of the series since the very first game. You can download it here.

Ever since the very first Resident Evil game, Capcom has played with perspective to enhance the horror aspects of the experience. There were the fixed camera angles of the first game, followed by the incredibly close over-the-shoulder camera of the fourth game. Now, there’s the modern, first-person perspective which offers a narrow field of view and vignette effect.

The problem is that the latter can actually cause motion sickness. If that’s the case for you, or you’d just prefer a less claustrophobic perspective, then this mod is an excellent tool. Technically, there is an FOV slider available as part of the Fluffy Mod Manager we recommended at the start of this feature, but this particular one has more features. It can be downloaded here.

Just as we saw in RE2 and RE3 Remakes with Mr. X and Nemesis, the modding scene has already been busy turning Lady Dimitrescu into all manner of absurd monstrosities. The above image is named Count Theodora and is likely to terrify anyone with a strange Thomas the Tank Engine phobia. There are other amusing model replacements you can try, too, and there are sure to be more in the near future.

That does it for Twinfinite’s list of best Resident Evil Village mods you can get so far. Since the game has only just come out and there are likely to be dozens more cool additions to the game, we’ll be keeping this one up to date moving forward. For more on the game, check out Twinfinite’s wiki page.