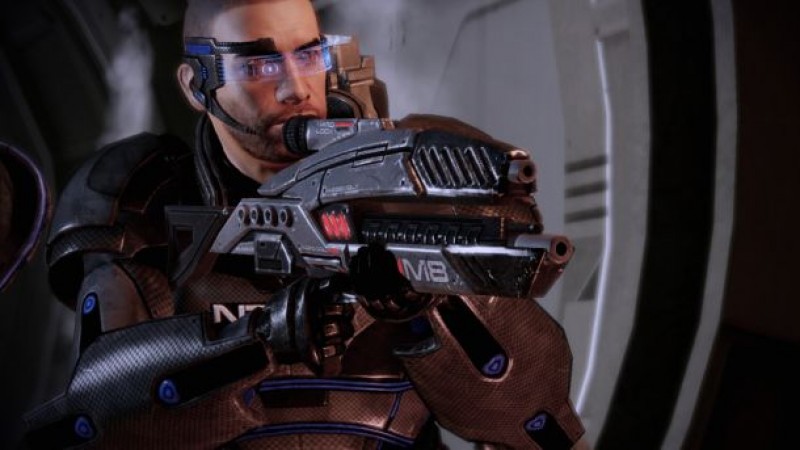 Before the flame wars commence, let’s start this list of the best classes in Mass Effect Legendary Edition with the following disclaimer: we’re ranking the classes based on which offers the best mix of fun and path of least resistance to completing the game. There is no bad class in Mass Effect, and all are perfectly viable and at the end of the day. You should just pick what seems more appealing to you.

Finally, this list is weighted a bit more heavily towards Mass Effect 2 and 3, which have similar styles of gameplay and introduce the unique class powers. That said, you should find that our recommendations will still be helpful to you in Mass Effect 1 as well.

Face it, the Solider is the most boring class to play in Mass Effect just because it’s the class where you shoot stuff. You have lots of guns, you can shoot them all really well, and your abilities make you shoot even stronger and better. There’s plenty of games that let you shoot all the things; Mass Effect lets you do so much more than just shoot things, but not if you pick Soldier.

But just because it’s boring, doesn’t mean it’s not effective, it’s just very one-note. Solider is extremely bulky, hits very hard when upgraded properly, has the widest array of weaponry, can pump out extremely high damage in a short amount of time, and in Mass Effect 2 and 3, gets access to all different kinds of ammo types to ensure that you’re able to keep the damage going regardless of what enemy you’re up against.

That said, you have no access to biotic or tech powers and will be relying on your squadmates entirely for that if you decide to go Soldier. They aren’t always the most reliable thanks to AI, so keep that in mind.

If you enjoy pet jobs in other games, or just prefer to let others do the fighting for you, Engineer may be the right class for you. The Engineer is a support specialist that is focused on deploying drones, turrets, and (especially in the first game) Tech powers that are designed to rip shields and mess with non-Organic lifeforms like the Geth.

Engineers can also control the battlefield with powerful Cryo attacks and are among the best classes at dealing with various different types of shielding.

The issue that some might find with Engineer is that you may not want your strongest squad member (that’s you) to be so heavily focused on support, and may find yourself wanting to play a more active role in combat. Your Combat prowess is weak, and you’re going to struggle against some strong Biotic enemies compared to other classes.

OK, so the Vanguard is perhaps the most difficult class to use, especially for newcomers. It has an extremely high-risk, high-reward style of play. That is because Shotguns will be your primary source of damage and the Vanguard’s signature move in Mass Effect 2 and 3 is basically just a battering ram charge into the middle of danger, where you can proceed to use your mix of Combat/Biotic powers to rip and tear through enemies.

If you’re a skilled player, Vanguard actually might be the best class to use because of its extremely fast-paced play and high damage potential. That said, if you’re here because you’re not sure what the best class in Mass Effect is yet, and you need a guide to tell you, you’re probably not ready to play Vanguard at high difficulties.

Putting all that aside for now, though, Vanguard is an extremely fun class to play if you enjoy close-quarters combat, melee attacks, shotguns, and offensive Biotic powers.

If you want a more simple and passive way to play with the unique Tech and Biotic abilities, while also being sort of a “tank” in the Mass Effect universe, then Sentinel is the class for you.

Starting in Mass Effect 2, the Sentinel’s claim to fame is its powerful Tech Armor. This is more or less a “set it and forget it” ability. You slap it on, and now your shields are at least 50% bulkier than they were before, making you much harder to kill. And if it does get ripped, you’ll reward enemies with a shockwave that will stagger them and give you a chance to reset.

Sentinels also get a bit of the best of both worlds of Tech and Biotic abilities. Across all three games, they can do stuff like Throw, Overload (handy for ripping shields), melt bulky opponents with Warp, and freeze enemies for some crowd control too.

There’s very little that a Sentinel can’t handle. It’s hard to kill, and it’s a great class choice for Mass Effect beginners who don’t want to pigeonhole themselves into Combat-driven gameplay.

The Infiltrator gains access to arguably the most useful class power in Mass Effect 2 and 3, especially for new players: Tactical Cloak. Fire this power-up and poof, you’re gone just like that. You can slink in and out of danger, save yourself if you’re about to die, find a nice new cover spot, or anything you want, really. If you’re a new player, you can level up to last even longer, or spec it out to give you a damage boost for your next shot while in it.

That leads into the next nice thing about being an Infiltrator: being the undisputed champion of high-power snipers. If you like to snipe, this is the class for you, as Infiltrators can just pile on damage for players that can consistently land critical hits.

On top of all that, you also get access to a bunch of neat Tech abilities such as the ability to hack AIs (ME 2 and 3), use a variety of ammo types, fry enemy weapons, and more.

Listen, while the Infiltrator’s cloak power is great and practical, and Soldiers can really pile on the DPS, the Adept is the quintessential Mass Effect class at the end of the day. You are effectively the mage of any squad and can use Biotic powers to completely dominate the battlefield.

Singularity will trap enemies and leave them helpless for bullet fire, or prime them up to be completely blasted away with a Shockwave. You can pull enemies in, push them away, or wear down their defenses with Warp.

Really, the only thing you need to be concerned about as an Adept is making sure you have a way to rip shields off to make sure you’re getting the full effect of your insanely powerful Biotic powers. Fortunately, there are so many squad combinations that will give you access to all the shield/barrier ripping capabilities you’ll need so that you can focus on making sure the most powerful Biotic abilities in the game are being used properly and effectively.

That does it for our list of the best classes in Mass Effect Legendary Edition across all three games: Mass Effect 1, Mass Effect 2, and Mass Effect 3. Disagree with our list? Let us know your favorites down below. For more tips, tricks, and FAQs answered, be sure to check out our Mass Effect LE wiki guide for more helpful info.