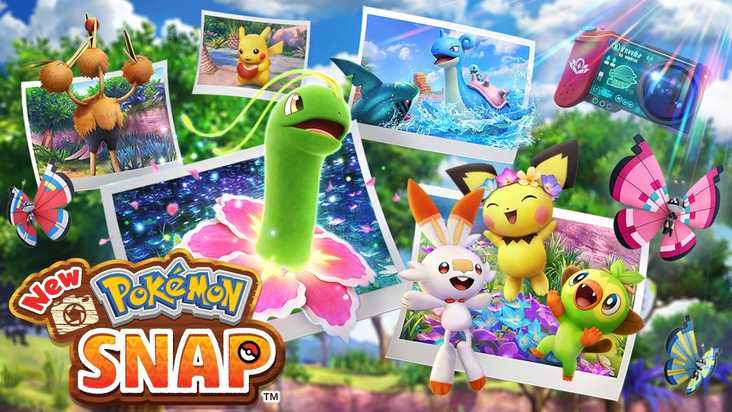 After you’ve reached the final island in New Pokemon Snap and unlocked the last Illumina Spot, there’s only one thing left to do before you beat the game. Just like on every other island, the Ruins of Remembrance has its own Illumina Pokemon that you need to take a photo of. This is the sixth and final Pokemon from the ancient legends. It’s the hardest one of all to take a photo of, so we’ve got you covered. Here’s how to get the Ruins of Remembrance Illumina Pokemon in New Pokemon Snap.

*** If you do NOT want to know what the final Illumina Pokemon in the game is, turn back now. Otherwise, continue reading to learn what Pokemon it is and how to capture a photo of it. ***

When you enter the Illumina Spot for the Ruins of Remembrance, a cutscene will begin of the NEO-ONE vehicle approaching a suspicious-looking tree. It’s not actually a tree, it’s a Pokemon that has been in a deep slumber for thousands of years.

Your presence wakes it up, and you’ll get a glimpse of the legendary Fairy-type Pokemon Xerneas. It then hides away in a rainbow orb and flies off, and the final course begins.

Your task is to get Xerneas out of the rainbow orb to take a photo of it, but there are a few steps.

First of all, the orb moves really quickly. It might take you a few tries, but you need to throw an Illumina Orb at it and hit it directly.

If you manage to hit it, Xerneas in its true form will briefly appear. But don’t take a photo of it just yet. Like the other Illumina Pokemon, the photo won’t count if the Pokemon isn’t glowing.

That means you have to throw a second Illumina Orb at Xerneas when it is standing in front of you in order to make it glow. Don’t hit it too many times because it will flee back into the rainbow orb, and you’ll have to start the process over again.

Once Xerneas is glowing, snap as many good photos of it as you can. A well-timed shot will count for Professor Mirror’s final research task, and you’ll be able to watch the ending cutscene and credits.

That’s everything you need to know about how to get the Ruins of Remembrance Illumina Pokemon in New Pokemon Snap. If you need more tips and tricks in the game, be sure to look at our New Pokemon Snap guide wiki.