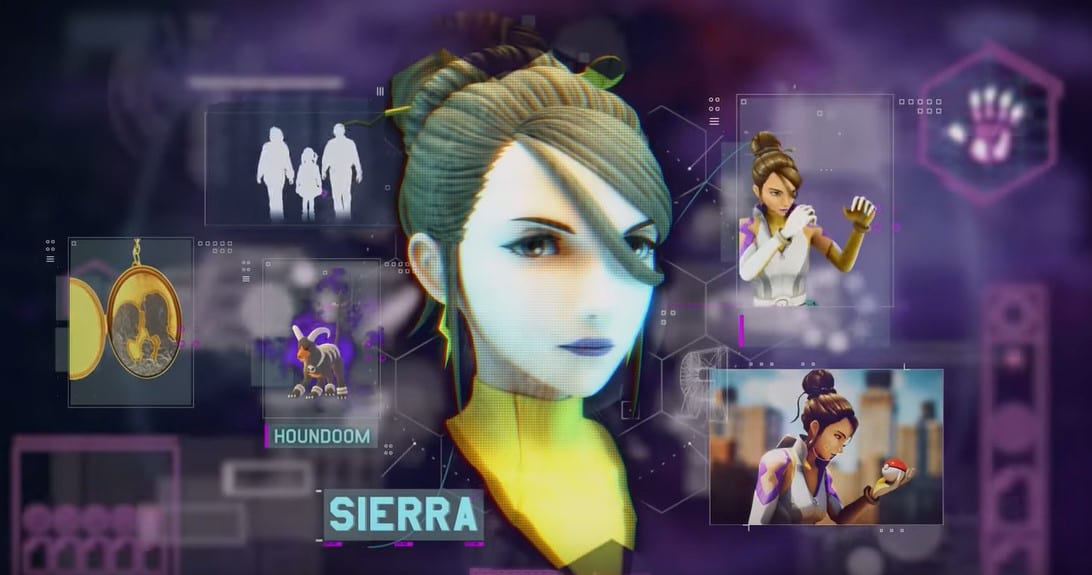 This Team GO Rocket Leader won’t pull any punches in your battle with her. If you’ve already faced her a bunch of times and you still have not been victorious, then you’re in luck. Here’s how to beat Sierra in Pokemon GO.

Sierra is one of the most tricky trainers you’ll face in the game. If you get a favorable team to battle, then you can just blast through with Dark-types, but you need some good luck for that to happen. Here are all of Sierra’s possible Pokemon:

Carvanha
This Water/Dark-type fish isn’t much of an improvement over Sierra’s last starter (Drowzee). There are plenty of ways to hit Carvanha’s weaknesses to Grass-, Bug-, Electric-, and Fairy-type attacks. But strong Fighting Pokemon are just too good to pass up on using them here.

Hippowdon
If you’re lucky, you could start with Mega Venusaur and get Hippowdon next. If you didn’t have that giant flower-adorned toad, then you till have other fantastic Water-type and Grass-type options to choose from. Just be mindful of a Hippowdon using Fire or Ice Fang if you want to use a Grass ‘mon. Similarly, keep Water Pokemon away from Thunder Fang.

Mismagius
Monotype Ghost Pokemon are fairly easy to deal with at this point. There are plenty of bulky Dark Pokemon that can deal massive damage to Ghosts while taking little damage from their opponent’s attacks. Don’t even consider using Ghost-types here because they’ll get KO’d too quickly to do any meaningful damage.

Porygon-Z
If you started out the battle with a Fighting-type Pokemon, then you’ll love to see Porygon-Z pop up next. Dragons are also a solid option here since they’ll resist just about everything this Pokemon has to throw at them. Don’t overthink this one and just go with a solid Fighting or Dragon ‘mon.

Houndoom
If you reach Sierra’s Houndoom, then you might be tempted to try something like Machamp or Conkeldurr. However, Water-, Ground-, and Rock-types are going to be the safest options to finish off this Fire/Dark Pokemon. But feel free to use a Fighting-type if it has a charge attack ready and Sierra has no shields.

Flygon
I don’t know if it’s an inside joke at Game Freak, but for some reason, they always give Dragons typing pairs that make them super vulnerable to Ice-type moves. Flygon is Ground and Dragon, so you’ll want to use Ice attacks. Fairy-types also work well in a pinch.

Walrein
For a while, Sierra used to have Lapras. Now she has the walrus knock-off version. Walrein certainly isn’t as powerful as Lapras, but this blubber-filled beast will still wipe your team if you take it lightly. If it only has Water-type attack, then you should be safe to use certain Dragon or Grass Pokemon.

Sierra has a decent mix of Pokemon types in her team this tiem around, but Fighting ‘mons can still tear through her team if she sends out the right creatures. Still, it’s best not to lean on that possibility. Before you know what she has, just try to build a team that does the best job of covering all possibilities.

My ideal team for beating Sierra is:

Any other solid Pokemon of the same types should help you to victory in your battle against Sierra. That’s all you need to know about how to beat Team GO Rocket Leader Sierra in Pokemon Go. Now it’s time to take on Arlo and Cliff so you can face Giovanni.