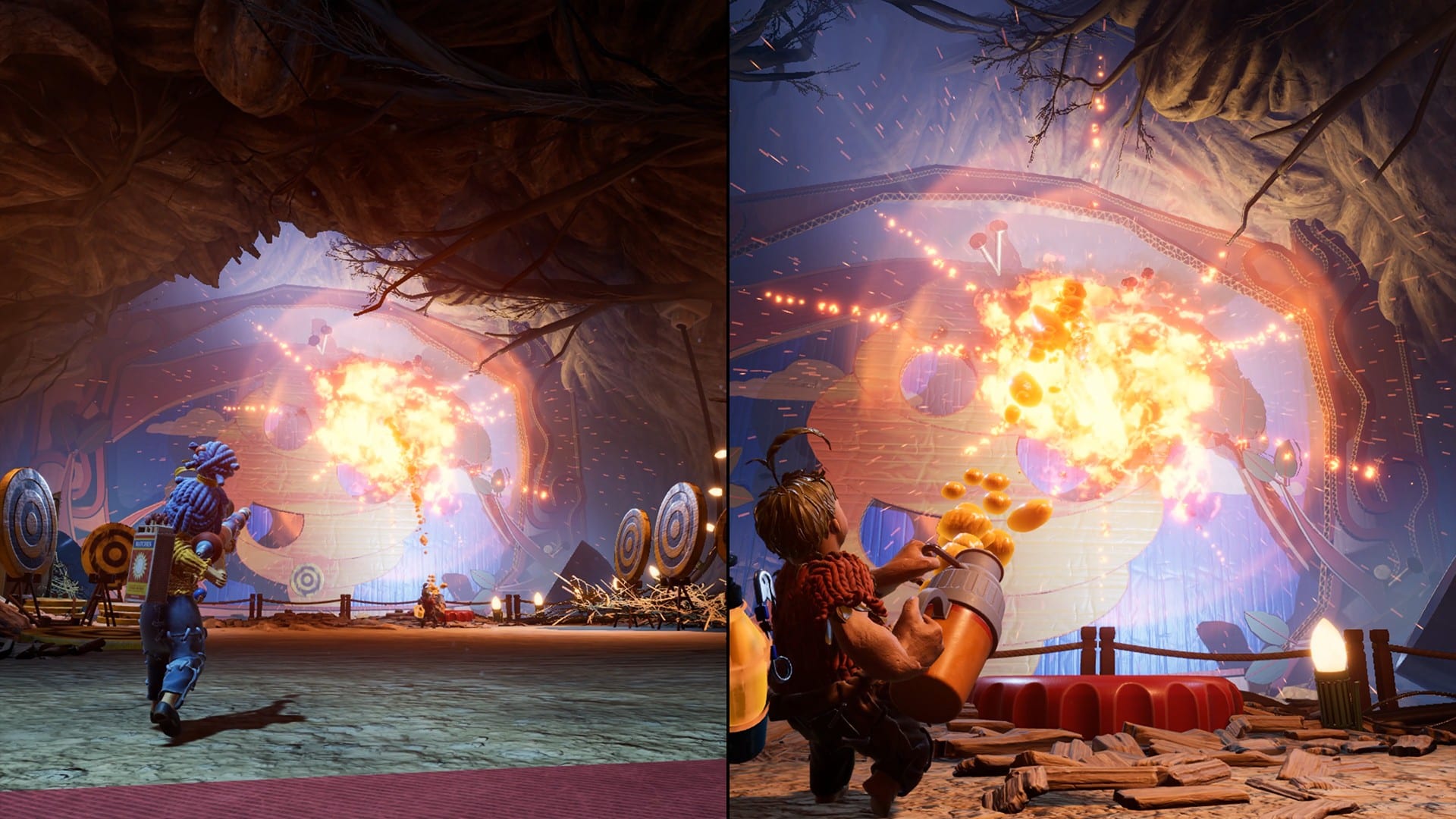 It Takes Two is finally here, bringing with it all of the cooperative platforming, puzzling, and combat you could ever ask for. Included in all of that are plenty of fun boss battles as well. Here is everything you need to know about how to beat Giant Beetle in It Takes Two.

How to Beat Giant Beetle in It Takes Two

The Giant Beetle is the third boss you’ll come across during The Tree level of It Takes Two, beginning right after the platform you’ve been riding up reaches its destination. That destination is a gladiator-like battle arena.

Shortly after you arrive in the arena, the Giant Beetle appears and the battle begins. The first thing you’ll likely notice is that this enemy’s entire body is covered in armor that the tree sap won’t stick to.

Since tree sap won’t stick to the Giant Beetle, May can’t use her Drill Buzzer rifle to detonate it and do damage. The workaround to this is to attack the undercarriage.

To attack the Giant Beetle’s belly, all you have to do is fill up one of the vents you see around the arena with tree sap. Once you do, lure the enemy over to it and have May fire her Drill Buzzer.

You’ll need to do this a number of times while also avoiding this boss’s string of attacks in order to win. Thankfully, the attacks are pretty easy to dodge, as they are just a ground pound that you can jump over, and a charge attack that you can see coming from a mile away.

That is everything you need to know about how to beat Giant Beetle in It Takes Two. If you’re still on the hunt for more general tips, tricks, and guides, be sure to check out our ever-expanding guide wiki.