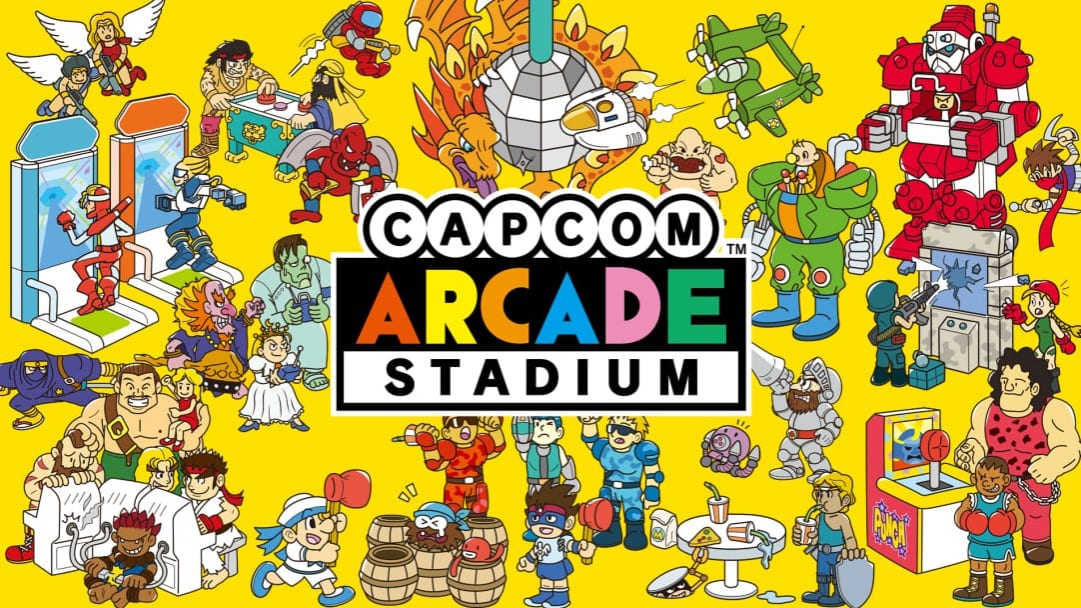 If you love old arcade games and specifically ones made by Capcom, then the Capcom Arcade Stadium is an absolute must-have title. It has titles from multiple genres each with its own detailed control manuals. It’s a fantastic bundle, though a few odd decisions dull the luster of this shiny new release.

But first, let’s break down the logistics. Capcom Arcade Stadium is a carefully curated list of 32 fantastic classic games spread across three packs of downloadable content and two free games — Ghosts ‘n Goblins and 1943. Each pack is $14.99 or you can save about $5 and buy all of them simultaneously for $39.99.

This is certainly a hefty price for someone who doesn’t care a bit about arcade games. But it’s a steal if you’re trying to feed your need for some old-fashioned arcade goodness.

As we’ve seen in past arcade ports on Switch, Capcom Arcade Stadium gives you tons of visual settings to tweak to your liking. Scan lines, portrait mode, landscape mode, a green frame with a cow sitting in the corner, and so many more options are at your fingertips.

And each game will save your personalized settings for that specific game. The only problem is that there is no option to set global settings. If you only play games that display vertically instead of horizontally, then it would be nice to be able to set that as the default. Or better yet, have separate global settings for vertical and horizontal games.

It’s fairly easy to jump into the settings menu for a game and pick your preferred display options, but it also becomes quite tedious when you have to do it over and over again.

Another possible issue presents itself when we look at the controls. Everything with regular gameplay is fantastic. The only problem is with assigning rewind and speed up controls to the shoulder buttons.

It’s a normal habit for players to rest their index fingers on the shoulder buttons. And since they’re not engaged by the controls in these games, then they tend to wander and sometimes accidentally press these buttons that speed up the game or roll back the action.

Say you’re about to land the final blow on your opponent in Street Fighter II: Hyper Fighting and then suddenly you slip and hit a shoulder button. Before you know it, three Hadoukens and a Shoryuken come out of nowhere and end your run.

It’s certainly not the end of the world, but it’s still an annoyance that shouldn’t be a problem. But just like changing the display, you have to go into each game and modify the control settings. Again, global settings could have been a lifesaver.

And even though having to change the controls for each game takes time, being able to customize every button input it’s an overwhelmingly positive inclusion.

Plus, the games included in Capcom Arcade Stadium save it from being a forgettable bundle of nostalgia. Titles like Street Fighter II, Strider, 1943, Forgotten Worlds, and Carrier Airwing are able to shine in this collection.

On top of that, you can also play the Japanese versions of these games with the press of a button on the select screen. However, most of the differences are merely cosmetic changes done during localization.

Some details like the history behind the games or even their launch years would have been a nice touch. These additions in classic game collections help long-time fans gain a deeper appreciation for these titles while giving new players an adequate introduction to these franchises.

All in all, Capcom Arcade Stadium had a solid bunch of classic games to choose from. If you can get past the sticker shock and quality of life issues, then all you have left is a bundle of stellar titles on your hands. Whether you’re an arcade vet or a rookie, there’s likely something in this bundle for you.