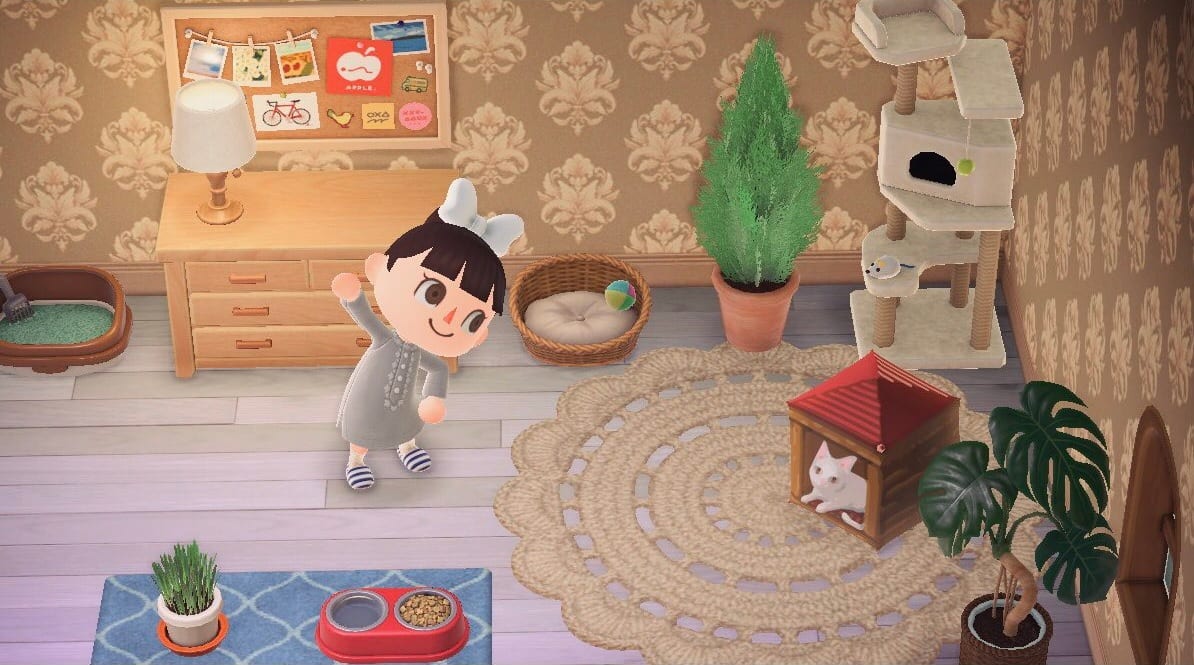 There seems to be no end to the creativity in Animal Crossing: New Horizons. The latest update to the game released last week, and one of the additions is the ability to customize new types of items such as umbrellas.

Fans of Animal Crossing have been going the extra mile with this new way to customize. Instead of simply putting a pretty pattern on umbrellas as the developers probably imagined, many have looked at this feature from a new perspective, literally.

By angling the umbrellas a certain way, players can force the perspective of a custom design in order to make it look like a 3D cube shape. This has led to some incredible, mind-boggling designs that open the door to so many customization possibilities.

It all started with one Twitter user, yamaji_maya, who created the first forced perspective umbrella design:

You’ll have to click both images to really see what’s going on here. It took me a minute of looking at both to realize exactly what she had done.

By customizing the umbrella and placing it at an angle in her house, the forced perspective gave the impression of a pet cat sleeping inside of a box. She even created a few different color variations for the cat box, which can be found in the comments of the tweet above.

The concept immediately became popular. Another Twitter user, Doki_Crossing, was inspired by the forced perspective design, so she created a few of her own box designs based on Sanrio characters who were added to the game in the most recent update.

Two of these designs feature the Sanrio characters inside boxes, while one of them looks like it’s inside of an aquarium. By placing these umbrella designs at the right angle, it give the impression of pets for your character.

The creativity didn’t stop there.

Moonkeep_acnh on Twitter took the concept and extended it beyond animal designs and made one based on her love of academics. Her design features books in a crate, an item that isn’t in the game but can be done through this new customization trick.

As you can see, this custom design matches the bookcase item perfectly.

You can already have a Nintendo Switch item in the game, but if you want to go a bit more old-school, this Reddit user used the forced perspective design to create a GameCube:

Finally, Joe Animelli on Twitter was inspired by the game Mario Kart 8; he created an item box design that you can use in conjunction with the official Mario items that were recently added to New Horizons.

There’s clearly a ton of creativity behind this new feature, and it’s fun to see how the Animal Crossing community takes these concepts and runs wild with them. If you’re interested in these types of customizations, keep an eye out for more, as surely fans will continue to create impressive designs.