Adios on Xbox One

From the first time I watched Adios’ trailer, I was hooked by its intriguing premise. A pig farmer whose previously been feeding his livestock dead bodies brought to his farm by the mob, has decided enough is enough. His guilty conscience can no longer stand idly by and accept the dirty mob money. He needs out.

That’s more or less where you pick up the story here. You, the pig farmer are kicking back on your porch when the telltale transit van pulls up. A professional-looking gentleman — the shooter — steps out, and you tell him you’re done. He looks to confirm you know what that means, before deciding he’ll tag along with you for the day, see if he can’t change your mind.

The game then opens up, allowing you to take on different chores around the farm, which you can check in your notebook. These chores range from shoveling fertilizer to milking the goats, and are all rather basic in their mechanics.

More often than not it’s a case of pressing X to interact with an item, or holding forward on the analog stick to keep pushing your character along the guided track.

These activities aren’t necessarily supposed to be fun though. They’re mundane, that’s why they’re farm chores. It’s not what you’re doing during these chores that’s the important takeaway here, but the conversations the farmer and the shooter have with one another.

The pig farmer has been working with the mob for almost 15 years now, and while there’s the obvious benefits to both parties for such an agreement, it becomes clear that both the farmer and the shooter have cultivated a relationship that extends beyond the transaction.

It’s a strange back and forth. Almost like two friends talking, as they would after 15 years. It feels natural, the kind of general chitter chatter that friends or acquaintances make.

Every once in a while, the two end up circling back around to the elephant in the room: have your changed your mind?

There are times when you can pick from a range of dialog choices, but these are largely inconsequential. Other times there are dialog options that the farmer won’t say, instead giving a ‘hmmm’ in disapproval.

The farmer wants to say these things, but can’t for whatever reason bring himself to. It’s a powerful message in a game all about morality and the tough decisions that come with it.

You’re not here to make the decisions, or even to try and save the farmer. The outcome cannot be changed, and it’s this sense of inevitability that makes Adios such an intriguing tale. The brazen manner in which the farmer confides in his inevitable killer, as if he was at his last confessional.

The farmer’s so fascinating to listen to ramble on about his past, his family, and his regrets, and the lines are elevated by an exceptional and sincere-sounding performance by Rick Zieff, with short pauses of contemplation, and stammering over words almost as if he’s coming to some profound realization mid-sentence.

D.C. Douglas as the shooter also gives a fantastic performance, nailing a range of emotions as the two converse throughout the day.

In other aspects of presentation, Adios feels a little crude. The visuals aren’t anything to write home about, but in their rather simplistic style add to the depressing overtones of the farmer’s story.

Over the course of the 90-minute run-time, I did run into a few bugs which forced me to restart scenes on several occasions. Thanks to the brief nature of these scenes, it wasn’t too problematic, more a slight inconvenience.

In another scene, the shooter’s hand clipped through the car, a little immersion-breaking, but not detrimental to the experience.

Adios’ fantastic, profound narrative offers an interesting glimpse from a rarely-covered perspective. It’s only elevated by a pair of fantastic performances from its leading cast members, that lend an authentic feel to the tale. While the superficial gameplay may not be to everybody’s tastes, if you’re looking for a short and bittersweet story, Adios is a solid choice. 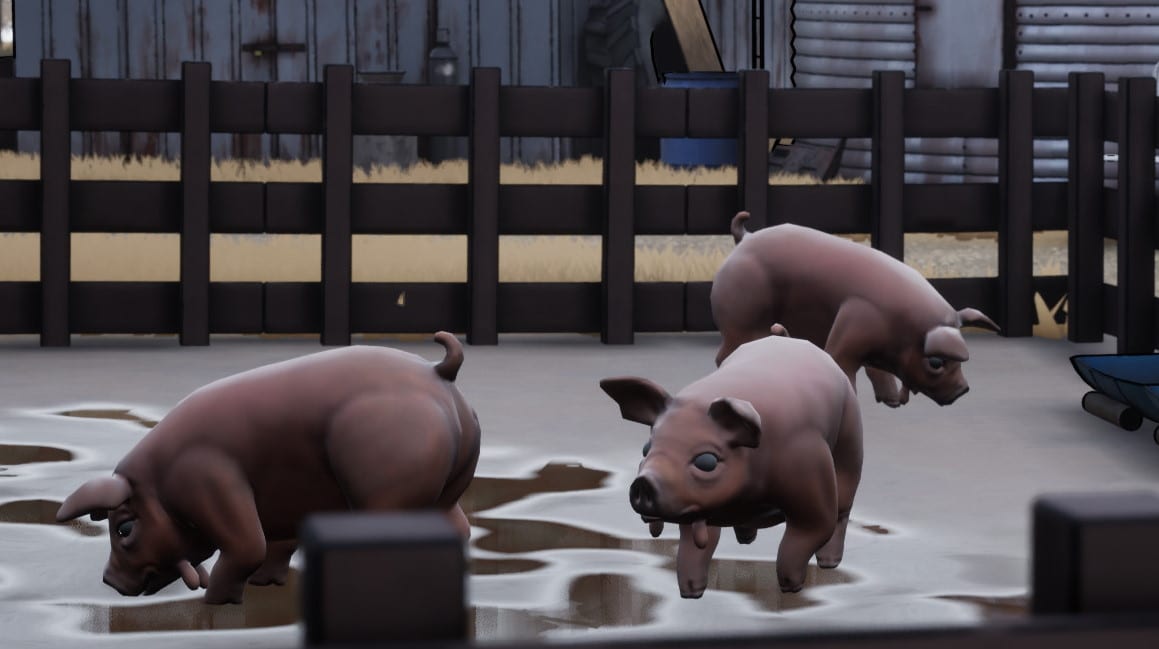