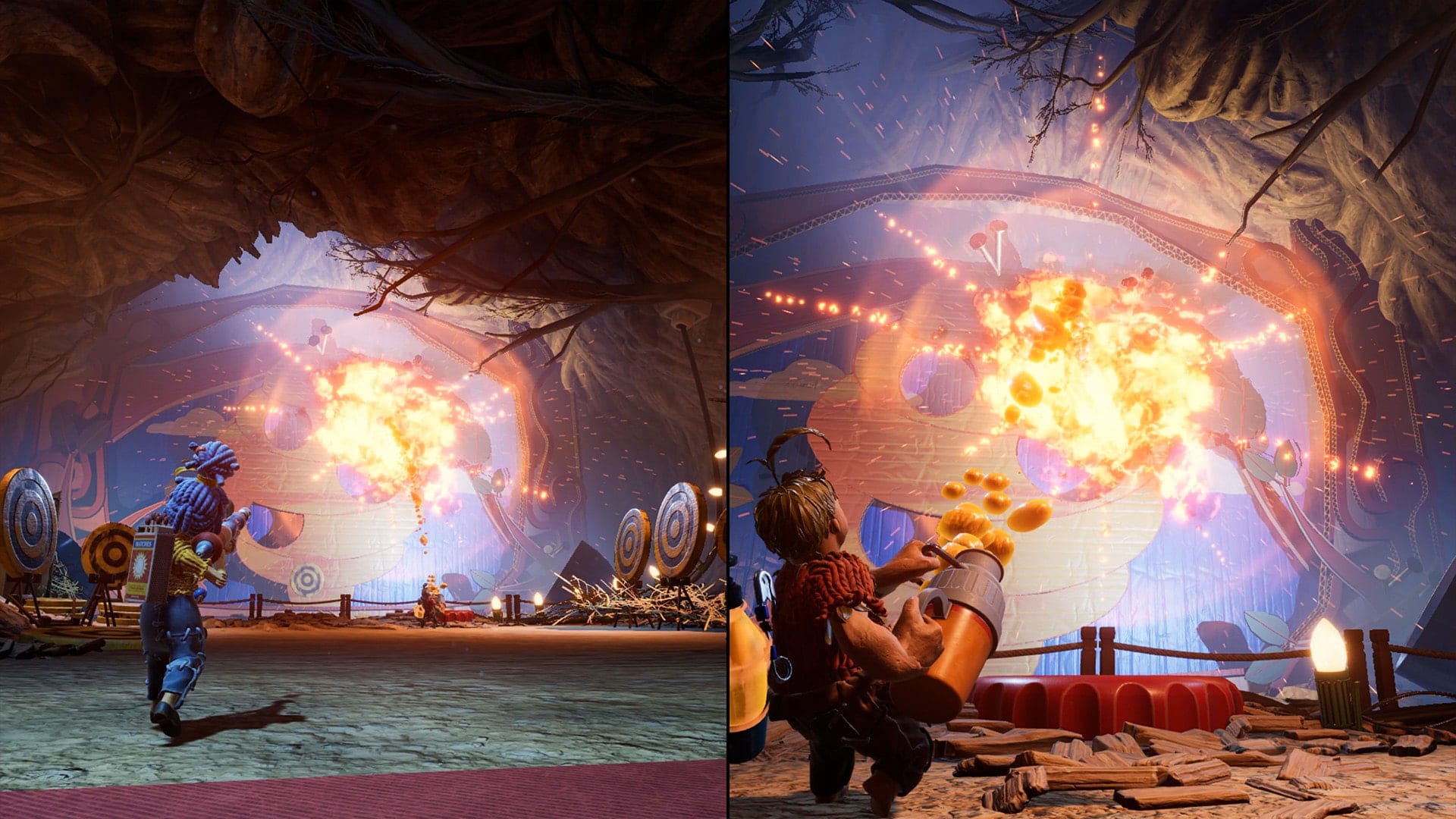 Super Mario 3D World + Bowser’s Fury allows up to four players to take on the base game’s levels. Players can jump in as Mario, Luigi, Peach, Toad –each with their own unique capabilities such as Luigi’s ability to jump higher and Peach’s ability to float for a short period of time.

The port will even add Rosalina as a playable character, though she’ll be unlocked later in the game.

Monster Hunter is one of those franchises that is known for how fun it is when played cooperatively, and the next entry in the series, Monster Hunter Rise, joins that trend.

Like any title in the franchise, Rise allows players to take on one of the game’s many classes –each offering a unique gameplay style. Players will then go on a hunt after unique and powerful monsters.

Once you kill a monster, you can rather resources from it in order to craft new and stronger weapons and armor, allowing you to take on more fearsome foes. What could make this gameplay loop better? A group of friends to hunt with.

Monster Hunter Rise allows cooperative play for up to four players and will be releasing next month on March 26.

We had a fun time with the Balan Wonderworld demo, though the game didn’t exactly blow us away. However, we are still looking forward to its full release last month, especially considering the game will feature a two-player mode.

Balan Worldworld is a collaboration between Naka Yuji and Oshima Naoto, the original creators of Sonic the Hedgehog and Nights into Dreams and the game clearly takes inspirations from the creator’s previous series.

Leo and Emma are led into Wonderworld by the mysterious clown Balan and set off on a journey to find what is important to them.

In the game’s cooperative mode, you and a friend can take on the roles of Leo and Emma as they set out on their journey to explore the Wonderworld and to restore the lost balance in their hearts.

How could we have a list of co-op games releasing in 2021 and not include It Takes Two! Okay… we almost missed it, but thankfully we didn’t!

It Takes Two is a co-op focused platformer being developed by Hazelight as an EA Original.

You and a partner will don the roles of Cody and May, two humans turned into dolls by a magic spell. Not only will you set out on an adventure to break the spell and turn back into humans, but you’ll also have to work on your fractured relationship along the way. It Takes Two doubles as a video game, and a relationship test!

It will also make use of Steam’s Remote Play Together feature which allows couch co-op titles to be played through online multiplayer. Of course, you can also enjoy it couch co-op, which is always a plus!

Outriders is a 1-3 player, drop-in-drop-out co-op shooter set in a dark and gritty sci-fi universe. The game is being developed People Can Fly, one of the main developers of Fortnite alongside Epic Games.

In Outriders, you’ll get to create and customize your own Outrider, and will have the option to choose one of four unique classes to use –each with their own skill tree to unlock.

The game features the classic looter-shooter gameplay loop you can find in titles like Destiny, or Warframe, but set in its own unique universe with just enough twists to separate the game from others in the genre.

Despite what the release date may imply, this is no joke –Outriders releases on April 1, 2021. Or at least we hope, as it has been delayed once before.

When Back 4 Blood was officially announced at the 2020 Game Awards, everyone was thinking we’re finally getting the infamous Left 4 Dead 3… However, that was of course not the case.

If you’re a fan of the Left 4 Dead series or enjoy mindlessly shooting hordes of zombies with a group of friends, then you owe it to yourself to pick up Back 4 Blood when it releases this June as it looks to be a fun co-op game to play with friends.

Skull & Bones is an upcoming pirate-themed action-adventure game being developed by Ubisoft.

The game was originally announced at E3 in 2018 and will finally be releasing later sometime this year.

We still don’t know a lot about this title outside of the gameplay shown in the game’s reveal trailer that aired at last year’s Game Awards, but it should release sometime in 2021. Keep an eyes out for it as more information will hopefully be released in the coming months.