Muv-Luv Unlimited: The Day After for PC

aNCHOR finally released the long-awaited English localization of Muv-Luv Unlimited: The Day After on Steam.

Most gamers who love visual novels are at least acquainted with the original Muv-Luv trilogy, especially considering that Muv-Luv Alternative is arguably the best game in the genre’s long history.

Yet, there is much more to the franchise than its most well-known games, and Unlimited: The Day After is likely its most unique element.

The four episodes of the visual novel, which have all been released on Steam at the same time (and can be purchased either separately or in a bundle) are set – as the name may suggest – just after Muv-Luv Unlimited, the middle chapter of the original trilogy.

If you thought Muv-Luv Alternative was dark, this is basically the darkest side of the series, which picks up at its lowest point in terms of mood.

I can’t say all that much about the story without delivering massive spoilers for those who have not played the rest of the franchise, but The Day After covers the events just after Unlimited, and according to my personal interpretation (Muv-Luv leaves a lot of room for that) before Alternative.

Humanity has been driven to the brink of extinction by the alien hordes code-named BETA, and TDA is set exactly at the tipping point in which the level of despair is at its bleakest, with nearly every hope for the future utterly crushed.

Mankind has never been more divided, and that makes the odds against the alien threat even more impossible.

It’s in this depressing scenario that we follow the deeds of new heroes and heroines intersecting with familiar faces, both among friends and enemies.

It’s an extremely harsh and complex trip into the depth of human nature among politics, war, intrigue, mental health, and adorable moments of levity that end up being even more welcome due to the looming darkness surrounding them.

The storytelling is absolutely top-notch, and TDA definitely ranks among my favorite visual novels of all time due to how deeply human it is. Some may find it not as epic as Alternative, but it’s in some ways more intimate as it focuses on slightly different topics.

The original trilogy describes what could happen if humanity was pushed to the very brink of absolute despair. The Day After portrays what could happen if we were shoved beyond that with an impactful dose of crude realism despite the fact that we’re talking about a sci-fi visual novel with aliens, cute girls, and mecha.

Incidentally, this is one of the few Muv-Luv productions that I feel doesn’t absolutely require playing the original first. It’s much better if you do, at least until Unlimited, but you could get away without doing so due to the focus being mostly centered on new characters.

Ideally, if you’re new to the series, I’d advise playing Muv-Luv Extra and Unlimited first, followed by all four The Day After episodes, and then Alternative.

TDA certainly fills a wide gap between Unlimited and Alternative, which may sound strange to some, considering that they’re quite literally alternate versions of the same world, but only by getting acquainted with the franchise will you understand what I mean.

Incidentally, the cast is absolutely great on all the shades of grey of the hero/villain spectrum. As a bonus, you’ll see a lot more of a few characters that appeared briefly but did not get to shine under the spotlight in the original trilogy.

Episode 00 serves as a prologue to 01-03 and focuses on a mostly different cast. It’s also the shortest, but don’t let that fool you: it’s absolutely worth playing due to its delightfully painful dive into the conflict between hope and despair.

It’s worth mentioning that The Day After’s attractive isn’t located into the gameplay, but almost exclusively in its storytelling. It’s the most extreme kind of visual novel, with no routes to choose.

You won’t read any dissertation about the gameplay in this review, because frankly there is none. That being said, a brand new interface has been created for the occasion, and it’s really quite sleek.

The localization is enjoyable and the voice acting is great. The audio department is also topped by the series’ great approach to music including a few really awesome vocal themes.

The visuals have evolved a lot since the original trilogy, which shouldn’t surprise since it was released between four and seven years after Alternative.

The character design is mostly lovely (with a few inconsistencies focused on secondary characters) and it’s complemented by absolutely adorable super-deformed scenes when things take a comedic turn.

It’s worth mentioning that this release features a bit of censorship. The “fortified suits” the cast wears in battle displayed more details on the chest in the original episodes 00 and 01. That being said, I’m fairly positive this hasn’t been done for the sake of the western audience. Those details were already omitted in the Japanese releases of episodes 02 and 03.

Developer âge pretty much moved away from that kind of content on its own over the years, and I’m guessing the retroactive change simply reflects this. That being said, fans of fanservice need not worry, there is still plenty sprinkled around the four episodes.

As usual for the Muv-Luv series, Mecha Design absolutely shines. The series’ TSF (Tactical Surface Fighters) are some of the best and most believable robots to come out of Japanese pop culture and the fact that they’re inspired by real aircraft definitely helps.

On top of that, since the setting shifts to a more international scenario, we get to see more TSF belonging to different nations compared to the original trilogy, which is awesome for mecha lovers like me.

Incidentally, TDA features some of the most spectacular and dynamic battles of the whole franchise, setting it aside from most visual novels as well.

Ultimately, Muv-Luv Unlimited: The Day After carries on the legacy of its predecessors splendidly, not only expanding on the universe started with the original trilogy, but upping the ante of despair with a deep dive into its darkest side.

If you don’t mind crying and you’re OK with an extreme visual novel with no routes, I can certainly recommend TDA. Besides, if you had issues with getting your heart broken, you likely wouldn’t be interested in Muv-Luv anyway.

Muv-Luv Unlimited: The Day After 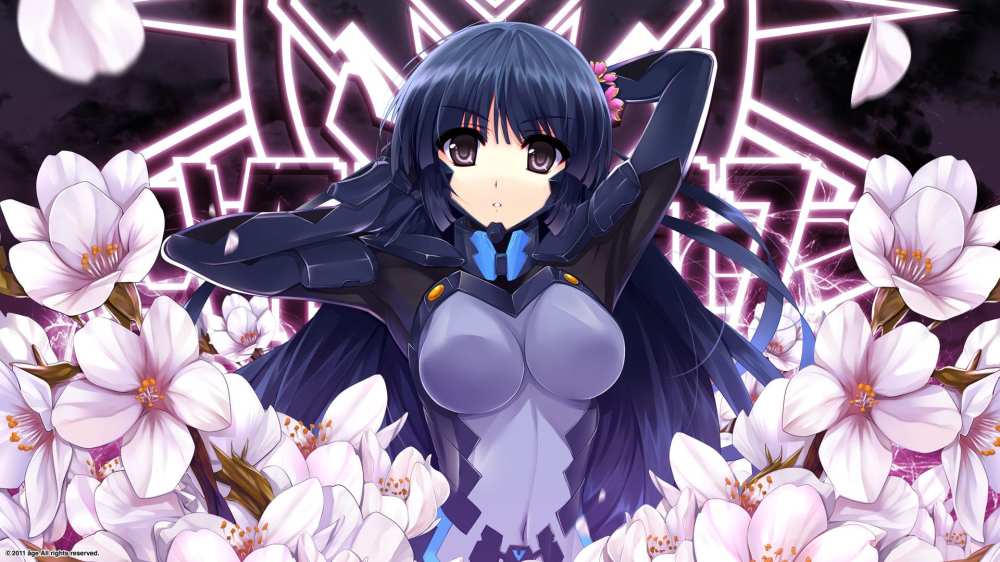