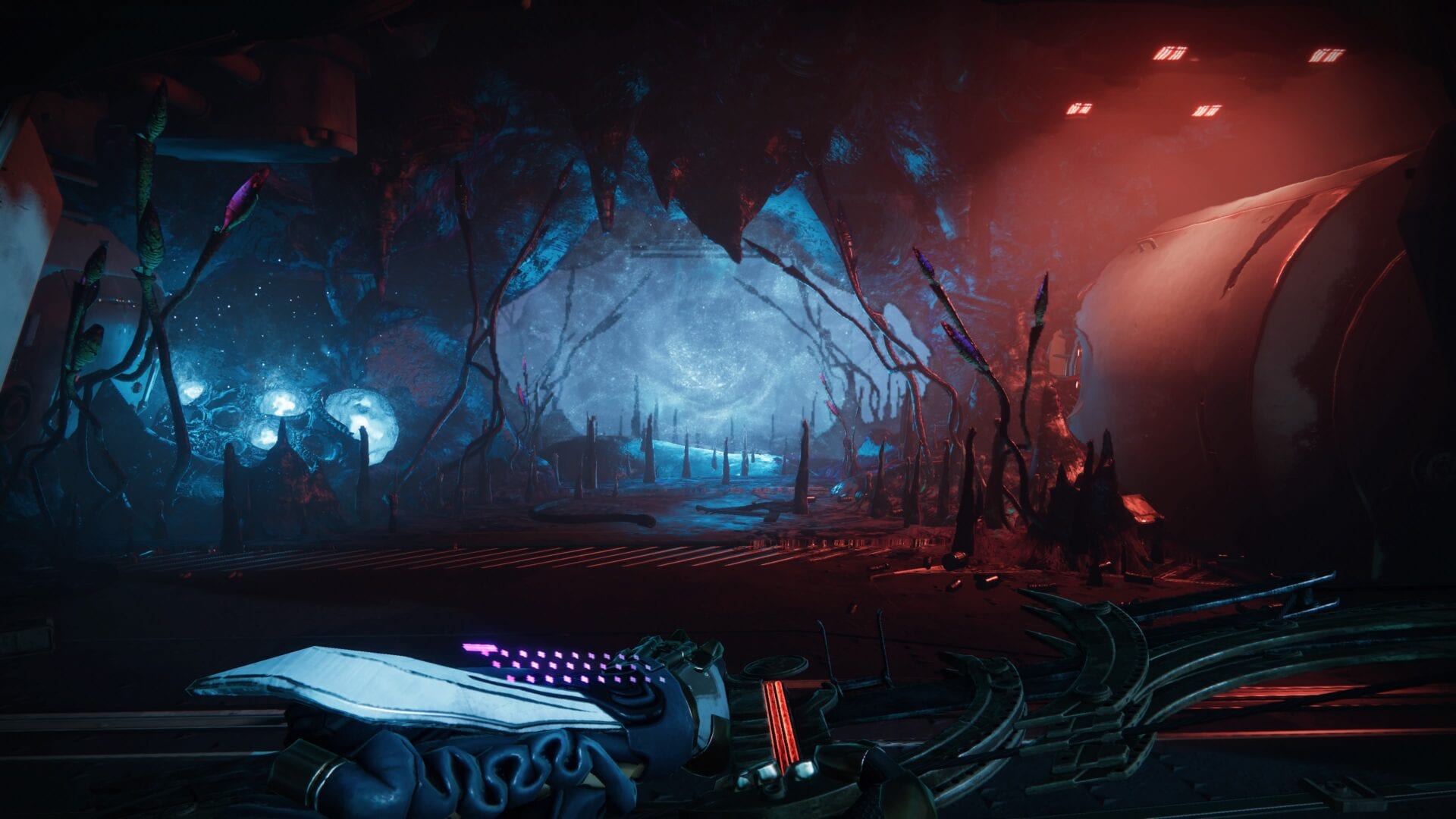 Destiny 2’s most memorable moments are often the ones that are quietly slipped into the game. The Whisper, Zero Hour, and now Presage are all examples of secret quests that caught us off guard for their brilliance and have since become etched in Destiny’s history as milestones in creativity and mission design.

All three of those missions were worked on in secret and added to the game with no fanfare. They weren’t revealed in any TWAB or roadmap. Bungie just dropped it at the doorstep of players and let the mystery unravel.

This time, the secret mission is Presage, and it tasks players with exploring a derelict spaceship that reportedly has a distressed guardian on board.

Things go off the rails quickly as the rescue operation gets quickly overshadowed by a dark force that escalates as the player penetrates the spaceship.

Without spoiling anything too much for those that eventually want to experience it on their own, the player quickly learns that this is no normal ship. Something twisted involving Cabal experiments with the Scorned took place, and the remnants of these experiments haunt the player throughout.

Far more time is spent on puzzle-solving than in combat, and layered over both of those elements is a sprinkling of horror that is fairly rare in Destiny 2. There are rarely any mission markers and players need to figure everything out on their own without the game hand-holding them throughout.

There are also plenty of surprises and new experiences that I don’t want to ruin. It’s something that all Destiny 2 players should experience, and experience blind without any sort of guide or reference.

I completed Presage without the use of any guides, solo, and a bit under-leveled and it took me a few hours to get done. It was the most satisfying bit of Destiny 2 I played they didn’t involve a raid since Zero Hour, the last proper secret mission that was added into the game if you don’t count the largely combat-free community excel sheet project that was the Corridors of Time.

Bungie has stated that there’s a team dedicated to creating these lengthy secret missions. I wish Bungie could just copy-paste that team ad infinitum and have them all working on something at the same time, Call of Duty style, so we could get a steady stream of this exemplary content over and over again.

Missions like Presage are just a cut above everything else in Destiny 2 outside of certain raid and dungeon experiences. It’s depressing in a way that Destiny 2 can’t reach that high with everything it does.

Destiny 2’s potential sadly doesn’t always shine through in Destiny 2’s rank and file content, like grindy seasonal activities, but content like Presage reminds us that it absolutely does exist, and we can all get to see it when it quietly trickles into the game.

Forget the Pro, We Need a Nintendo Switch 2.0

Forget the Pro, We Need a Nintendo Switch 2.0