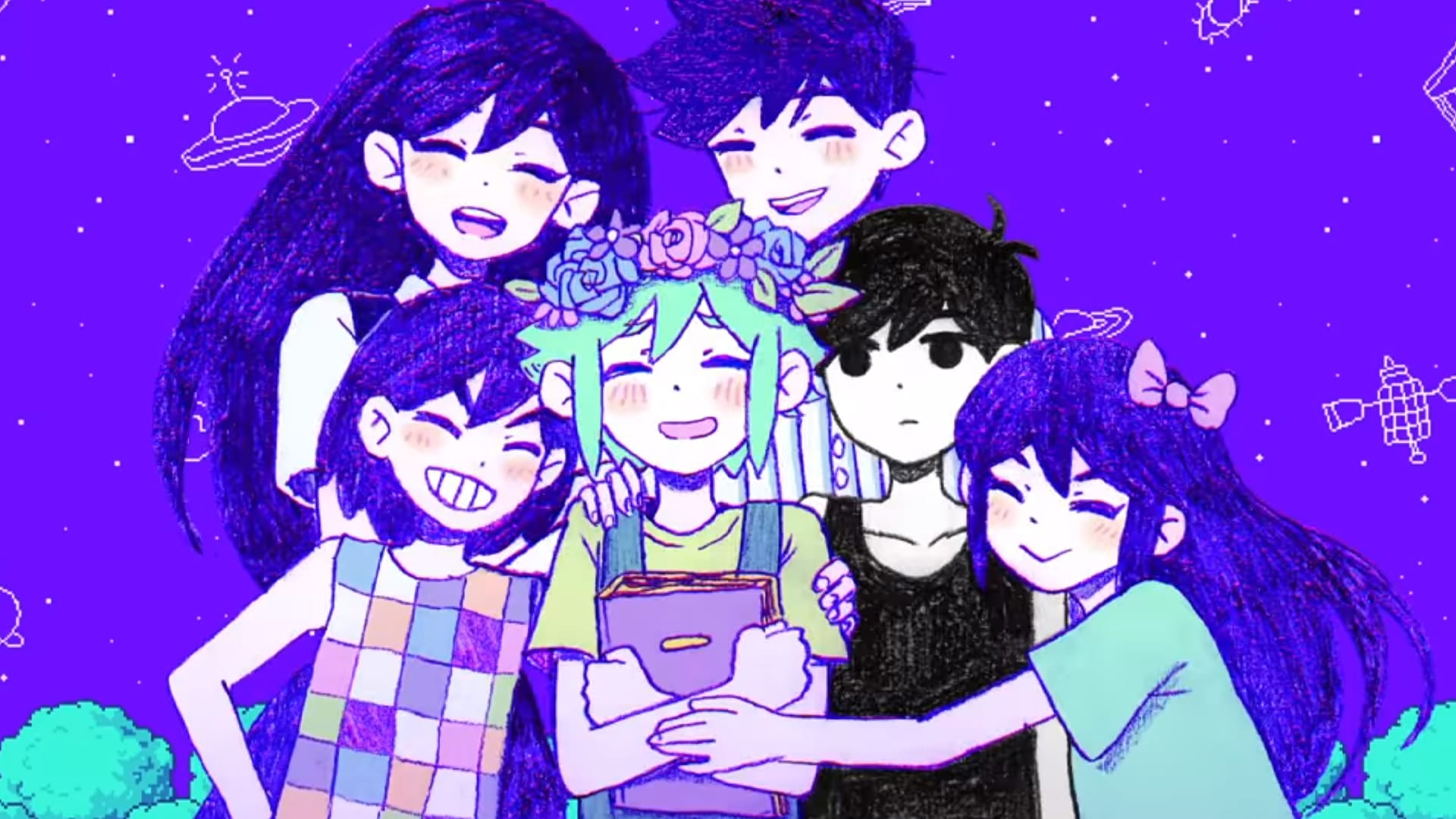 Horror games don’t always come in a creepy package. Sometimes, they’re disguised as something downright cute, with characters or aesthetics that lull you into a false sense of security. That’s why we’re here today to shine a spotlight on these contradictory experiences with a list of seven horror games that are deceptively adorable.

While it may not be the best-known horror game out there, Gregory Horror Show: Soul Collector is an early progenitor of the cutesy horror aesthetic.

Released on the PS2 way back in 2003, the game was based on a CGI anime of the same name. The game appears cute enough at first glance, with cubic character models that lend every character the feel of an adorable early 2000s digital mascot.

Dig even an inch deeper into the setting and plot of the game though, and there’s more than enough to evoke terror. Characters have been trapped in the house the game takes place in for eternity, not able to escape even in death. The player character is tasked with freeing trapped souls from the warped inhabitants as the central gameplay mechanic, and the main antagonist is an eerie rat that feeds on the spirits of the departed.

It’s all sorts of strange and unnerving, and yet still manages to lure you in thanks to its softer appearance. As such, it’s little surprise the game retains a cult following even today, even when the game has sunken into obscurity.

A night wandering dark and dangerous streets is a sure-fire recipe for horror, but what if you were wandering them as an innocent child?

Such is the premise of Yomawari: Night Alone, a horror game where you wander through streets haunted by all sorts of malevolent forces as a girl out to find her lost dog. Whereas she’s cute as a button, and the world itself is normal and unassuming, the terrors out to get her as she explores are anything but.

Shapeless poltergeists, Warped manifestations of dread and so much more will stop at nothing to drag her away and are willing to chase the protagonist to the ends of the Earth if that’s what it takes to capture her.

It’s hard to focus on this fact, though, when the game starts off so unassumingly. Players are trained to focus on the protagonist, an adorable young girl with a big bow in her hair who waddles around in search of her adorable little dog.

Needless to say, this game has lured in more than a few players with its cuter elements, only for them to be sidewinded by the horror elements. Fortunately, there’s still a great game waiting for players as a result, and a payoff to the blend of styles worth seeing for oneself.

Don’t worry; we’re well aware of how creepy Five Nights at Freddy’s is, and that it’s been sold strictly as a horror game.

If we’re being honest though, the games are so effective because of this very fact. For all of its shrieking animatronics, jump scares, and entertainment facilities devoid of life, the game’s still have a certain charm to them.

Scanning through the cameras of the restaurant, players can easily be whisked back to a birthday spent at a similar place as children, playing with friends and running away from animatronics in fits of laughter.

Likewise, the animatronics are able to evoke such a strong response from people because they’re not gore-covered monstrosities. They look like actual animatronic mascots, trying so hard to look like walking-talking creatures that it’s as endearing as it is terrifying.

To that end, it’s no wonder people have flocked to the series the way they have. For all of the terror the games can bring to players, there’s an equal amount of cuteness disarming them, and putting them in the perfect state of mind to be scared.

For all of its darker themes and design elements, Fran Bow remains one of the more adorable horror experiences out there.

Following a young girl, as she tries to escape a nightmare world, the game feels like a Tim Burton film turned into an adventure title. The player has to interact with a cavalcade of strange and unnerving, yet adorable individuals, all while uncovering a mystery surrounding Fran Bow’s past.

And yet, it never feels like an experience fraught with terror. Instead, the fear lurks in the shadows, waiting for the moment when the game’s odd style lures the player into a false sense of security using its endearing characters and bright colors.

Once this occurs, it literally leaps out of the dark, fangs bared and darker themes poised to drag one down into the pits of existential dread.

This is part of what makes the game as enthralling as it is, and while it may not have proven everyone’s cup of tea, it’s this blend that has made it an experience many have dived into without regret.

When it comes to horror games that perfectly caught players off guard with a cute exterior, Doki Doki Literature Club is easily at the top.

Disguised as a run-of-the-mill romance visual novel, the game spends hours walking players through sickeningly sweet visuals and scenarios. They share poems with their friends during club hours, grow closer to each of its members as the days go by, and wander through scenes bathed in glowing, saturated colors.

As the hours go on though, it becomes clear this was all part of the title’s plan. Sick and disturbing moments begin to creep in, made all the more horrible by the rest of the world remaining light and bubbly. The happy, go-lucky atmosphere is drained away until only horror remains, made all the more impactful now that the joy players had become accustomed to is gone.

It’s a genius move on the part of the developer and is the reason players remember the game the way they do. However, the jury’s still out on how badly it messed up players’ ability to trust that the next visual novel they play won’t pull the same bait and switch.

One of the more recent entries to make this list, Omori easily provides players with the most whiplash in its tonal dissonance.

On one hand, there’s the half of the game that plays out like an homage to Earthbound. There’s an imaginative dream world to explore, full of odd enemies and wacky jokes; party members and allies who each have character quirks that make them stand out; and settings that mirror the crazy, fantastical locales a child would want to travel to.

On the other, though, is the waking world. In it, a dark and sinister presence looms over every action and interaction the player engages in, its true purpose becoming slightly more apparent the further the player explores. The party from the dream world is here in earnest, more scarred and broken by whatever darkness is following the player around.

As time goes on, these worlds begin to blend, dragging one into a seemingly endless nightmare with only a few difficult pathways to some form of freedom from the madness.

It’s a drawn-out, but effective lure that leads to one of the more impactful experiences a player could hope for. It’s anything but easy to experience though, as the change-up can and will leave one feeling the full brunt of the terror once the happy dream world crumbles.

Little Nightmares is easily one of the most promising indie horror series to debut over this past generation, and a big reason for it is the dissonance it creates between its aesthetic and the terror it provides.

Looking at the game during its quieter moments, it can be easy to get drawn in by how adorable it is. The main characters skitter across the floors of massive rooms, scrambling up and down objects in gorgeous CG animation. Little gnomes scamper around providing assistance, and moments like running across a piano’s keys lend the experience some levity.

However, these moments never last long. The illusion of wonder and glee is broken by horrid monstrosities wandering on-screen, chasing down the player without remorse. Desperate hands shoot through vents and gaps in an attempt to grasp their prey, and unseen horrors wander beneath the surface of murky waters.

Needless to say, players usually end up far more unnerved by a playthrough of either of the series’ games than they were expecting, and it’s due to this blend of cutesy and horror. Here’s hoping it’s one the series can manage to keep juggling as the franchise continues.